'Fox & Friends' weekend co-host Pete Hegseth says the Democratic House managers' comments on defending the Biden family and Burisma is solely political and will not help the former vice president in the end.

Biden agreed to the unidentified amount to be paid to the 1-year-old's mother, Lunden Roberts, once a month, and on the first of each month, according to the partially redacted “Agreed Order on Temporary Child Support.”

The pair met in 2016 at a Washington, D.C., strip club where Roberts worked, Page Six reported at the time.

Biden neither denies that he is the baby’s father, which was proven with DNA testing, nor that Roberts should have primary custody of the child. But the topic of child support was previously unresolved.

While specific payment amount was withheld from the public document, Biden has also been ordered to pay the sum of the monthly payments he's owed since November 2018, which he must do by March 1, 2020, according to the court papers, as well as Roberts’ legal fees and costs.

However, the designated child support amount will potentially change, as the court is still awaiting information needed to determine how much child support should be paid to Roberts each month.

Throughout the court battle, Biden, whose father is a Democratic candidate for president, has largely evaded the topic of money and failed to provide Roberts and her attorney with financial documents that were being requested through discovery. As a result, court records state, “the court lacks sufficient information to determine child support based off the defendant’s income.”

Circuit Court Judge Holly Meyer responded by ordering Biden to be ready to explain why he "should not be held in contempt" for his alleged failure to provide the financial information as required, according to court documents submitted Jan. 21.

Biden and Roberts were scheduled to appear at court in Independence County, Ark., on Wednesday to discuss the matter, but the hearing has since been adjourned until March 13. Meyers has since ordered Biden must provide the aforementioned details by March 1.

Meanwhile, Biden and his wife, Melissa Cohen Biden, recently announced they are expecting their first child together, the Daily Mail reported.

While running for president, Joe Biden is also fighting back against negative stories about this son in the press. Most recently, his campaign released a memo urging reporters and editors to not spread false information, NBC News reported, including a copy of the memo online.

Biden’s financial records are expected to include those related to his involvement in Ukrainian company Burisma Holdings, which is connected to President Trump's impeachment. 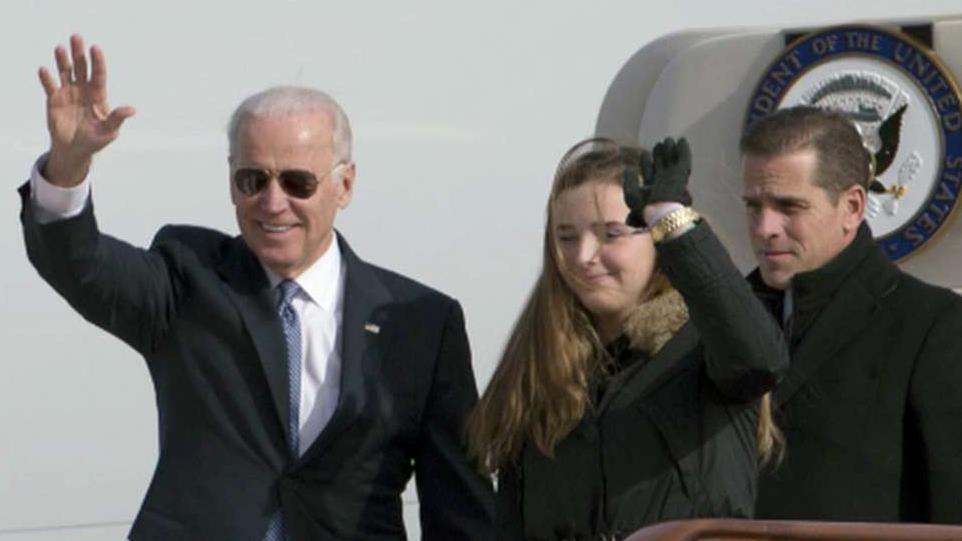 HUNTER BIDEN HIRED BECAUSE OF HIS NAME: BURISMA BOARD MEMBER

He was reportedly named a paid board member of Burisma in April 2014. The company's founder was a political ally of Viktor Yanukovych, Ukraine's Russia-friendly president, who was driven out in February 2014. Yanukovych's ouster prompted the Obama administration to move quickly to deepen ties with Ukraine's new government. Joe Biden, the vice president at the time, traveled to Ukraine and spoke frequently with its new Western-friendly president, Petro O. Poroshenko.

There is no evidence of wrongdoing by either Biden.

Democrats have said they want to hear from certain officials close to Trump who did not testify in the House impeachment inquiry. Trump and some of his allies have threatened in response to seek testimony from Joe Biden, Hunter Biden and the anonymous whistleblower whose complaint about Trump's July phone call with Ukraine's leader set off the impeachment inquiry.

Trump's impeachment trial is underway in the Senate.