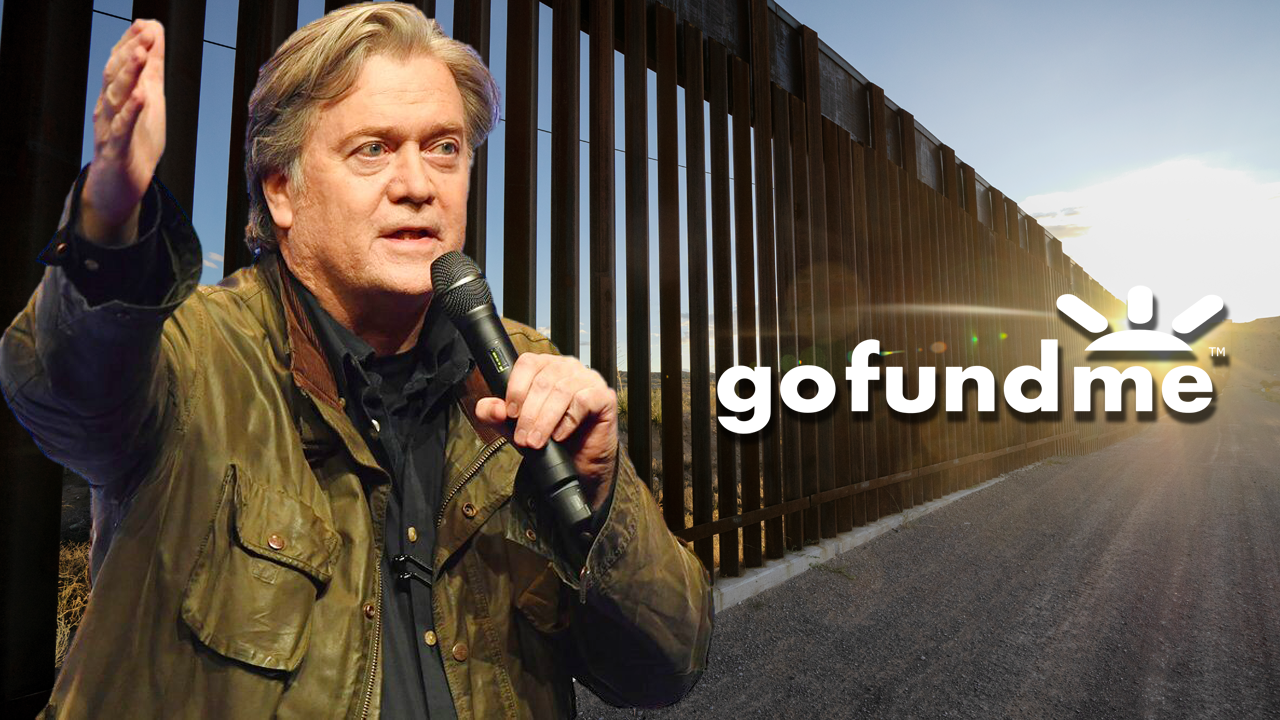 Crowdfunding website GoFundMe told FOX Business it has been cooperating with law enforcement throughout an investigation that led to the indictment of former Trump adviser Steve Bannon for his participation in a fundraising campaign called "We Build the Wall."

According to the indictment, Bannon and co-defendant Brian Kolfage told the public that they were a "volunteer organization" and that 100% of the money raised in the GoFundMe campaign would go toward their stated goal, which was to raise money for the federal government to build a wall along the U.S.-Mexico border.

Instead, Department of Justice prosecutors allege that Bannon, Kolfage, Andrew Badolato and Timothy Shea profited from the campaign, which started in December 2018 and raised more than $25 million.

READ THE DOJ CHARGES AGAINST BANNON, 3 OTHERS

"GoFundMe has a zero-tolerance policy for fraudulent behavior," a GoFundMe spokesperson told FOX Business on Thursday.

GoFundMe later suspended the campaign over concerns about how the money would be used, according to the DOJ. The four then created a nonprofit and sought to convince GoFundMe to release the money they had raised to that nonprofit by making assurances to the crowdfunding site about internal policies to prevent funds from being misappropriated, prosecutors said.

In this Jan. 31, 2017 file photo, Bannon arrives for a meeting with President Trump on cyber security in the Roosevelt Room of the White House in Washington. (AP Photo/Evan Vucci, File)

Under an agreement with GoFundMe, donors had to agree to "opt in" to allow their money to be released to the new nonprofit. To convince donors to "opt in," the defendants repeatedly promised publicly that they would not be compensated. Those statements were false, according to prosecutors.

GoFundMe was not mentioned by name in the charging documents and is not implicated in any wrongdoing.

"It's important to remember that the original intent of the fundraiser was to deliver money to the federal government for wall construction," GoFundMe said in a statement. "When it became clear that wouldn't be possible, in January 2019, the organizer established a new non-profit organization, We Build The Wall, Inc."

"When the organizer requested that the funds would be transferred to a new organization, we offered full refunds to all donors and contacted all donors multiple times over a 90-day period before funds were released," a spokesperson said. "All donors had two options:  (1) receive a full refund or (2) expressly opt in and direct that their donation be redirected to We Build The Wall, Inc."

GoFundMe automatically refunded all donors who did not opt in to their donations being redirected to the new nonprofit, the spokesperson said.

"After donors had the opportunity to receive a full refund during the 90-day period, the funds were released to the organization in question," the spokesperson said.

Prosecutors said Bannon and the others used the nonprofit and a shell company to hide the payments to Kolfage "by using fake invoices and sham 'vendor' arrangements," as well as other means of keeping the payments quiet. The indictment stated that in order to raise funds, Kolfage and Bannon "repeatedly and falsely" told the public that Kolfage would "not take a penny" in compensation.

According to prosecutors, Kolfage instructed payments to be made out to his spouse, and this was reflected in a 1099 form the non-profit issued, saying the payment was for "media."

"Some of the donors wrote directly to Kolfage that they did not have a lot of money and were skeptical about online fundraising, but they were giving what they could because they trusted Kolfage would keep his word about how donations would be spent," the DOJ wrote.