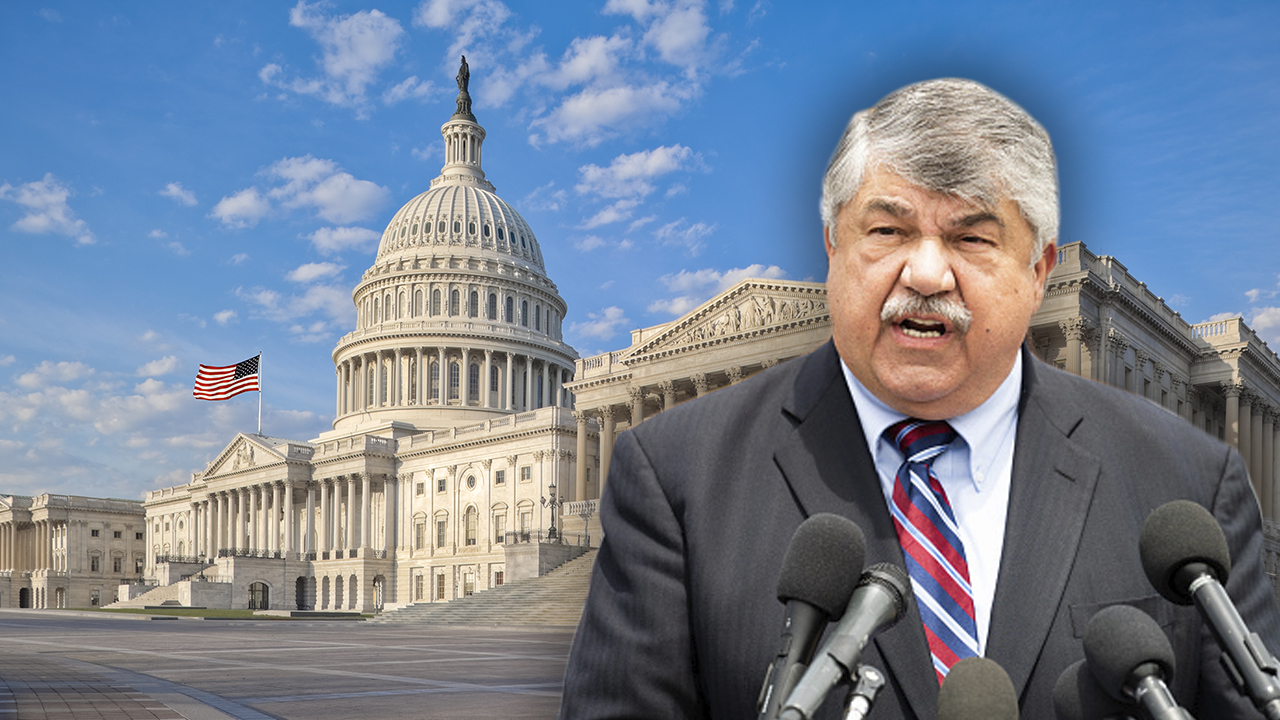 Reps. Virginia Foxx, R-N.C., and Tim Walberg, R-MI, sent letters on Tuesday to four of the biggest U.S. union groups to ask for confirmation they are not collecting dues from unemployed workers impacted by the coronavirus pandemic.

"[W]e are concerned that the continuing collection of union dues from unemployed workers is imposing an additional and unnecessary hardship on these workers and their families — making it even more difficult for struggling Americans to make ends meet," Foxx and Walberg wrote in the letters, first shared with FOX Business, to the AFL-CIO, Service Employees International Union, International Brotherhood of Teamsters, and Unite Here.

FOX Business' inquiries to the labor groups were not returned at the time of publication.

Foxx is the ranking member of the Education and Labor Committee, and Walberg is a committee member. Media reports of laid-off union workers being forced to keep paying union dues motivated the letter, they said. More than 40 million Americans have filed initial unemployment claims in the last 10 weeks.

Unite Here members don't have to pay dues when they are unemployed, a Unite Here spokesperson told FOX Business.

"UNITE HERE has never required unemployed members to pay dues, and in fact it is not possible to collect union dues through employers where workers are unemployed," the spokesperson said. "Some members do continue to voluntarily self-pay their union dues, but that is at their own discretion."

An AFL-CIO spokesperson called the letter "the hollow act of two anti-worker politicians who would legislate unions out of existence if they had their way."

WHAT ARE THE MOST POWERFUL UNIONS IN AMERICA?

"This is a solution searching for a problem," the AFL-CIO spokesperson told FOX Business. "The vast majority of union members do not pay dues when they are out of work and all other times they are proud to make an investment in themselves and their coworkers."

Foxx and Walberg also took issue with unions collecting dues through deductions from workers' paychecks if workers are being paid through COVID-19 relief loans from the federal government.

"[M]any businesses are now receiving certain federal loans intended to help keep them in business and assist with the cost of wages temporarily, in order to help Americans get back to work," they wrote. "Those government loans should be used for that express purpose — to support businesses in the short term and help fund the wages of their workers — rather than having a portion siphoned off to benefit a private, third-party organization."

Roughly 14 percent of workers in Michigan are union members, while that number is 2.3 percent in North Carolina, according to 2019 data from the Bureau of Labor Statistics.