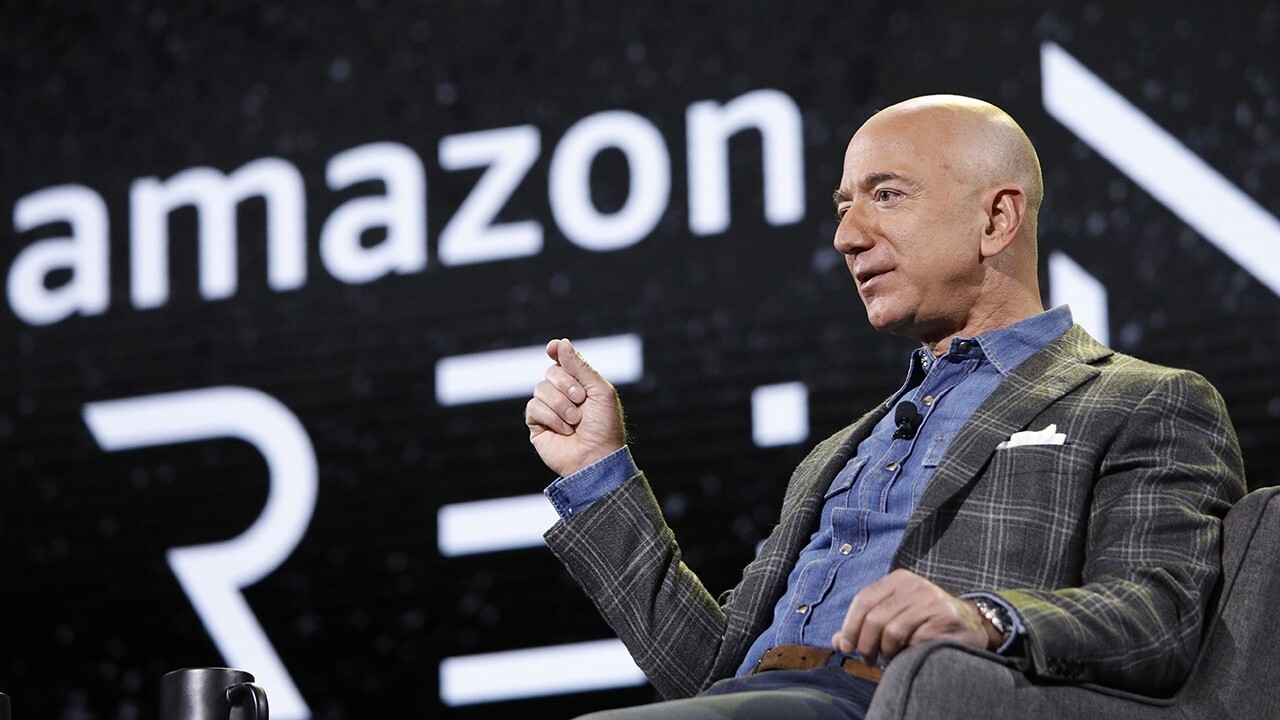 Amazon will continue to be good in hands after Bezos steps down: Scott Shellady

Jeff Bezos, the richest man in the world, publicly endorsed President Biden's plan to dramatically raise taxes on wealthy Americans and corporations, even as Amazon lobbied behind the scenes to preserve a tax loophole that's allowed it to reduce its liability, according to a new report.

The e-commerce behemoth's founder and CEO in April announced that he supported Biden's proposal to raise the corporate tax rate to 28% from 21% in order to fund a sweeping infrastructure overhaul – a notable statement after the president singled out Bezos for how little Amazon pays in federal taxes.

"We recognize this investment will require concessions from all sides — both on the specifics of what’s included as well as how it gets paid for (we’re supportive of a rise in the corporate tax rate)," Bezos wrote in a statement posted on the company's website. "We look forward to Congress and the Administration coming together to find the right, balanced solution that maintains or enhances U.S. competitiveness."

But in private, Amazon has been making moves to keep its tax bill low, according to a new report published Thursday by Politico – highlighting the difficulties that Biden may face in ensuring the tax measure becomes law.

In June, Amazon hired the tax lobbyist Joshua Odintz, a former Democratic congressional aide and alumnus of the Obama administration, to lobby on the section of the tax code dealing with the research and development tax deduction, according to a disclosure filing cited by the outlet.

PENTAGON CANCELS JEDI CONTRACT AFTER MICROSOFT, AMAZON DUKED IT OUT

And the R&D Coalition — a coalition of companies that benefit from the deduction including Amazon, Intel, the National Association of Manufacturers and others — hired a slew of veteran tax lobbyists at PricewaterhouseCoopers earlier this year, Politico reported. Among the individual hired is a former top aide to Senate Minority Leader Mitch McConnell.

Under current policy, businesses can choose to fully expense the costs of research and development, meaning they can deduct R&D costs from their taxable income, according to the Tax Foundation. The R&D tax credit, first established in 1981, has broad bipartisan support among lawmakers.

It's unclear how much money Amazon has saved with the R&D tax credit, but in a regulatory filing with the Securities and Exchange Commission earlier this year, the company said the tax credits helped reduce its U.S. tax burden "were primarily related to the U.S. federal research and development credit."

Of course, Amazon benefits from other tax laws, including one that allows it to deduct the cost of the stock it gives employees as part of their pay packages.

Biden has not targeted the R&D tax credit as part of his roughly $4 trillion spending plan. But Politico reported that the credit could become less valuable next year if Congress doesn't act, because Republicans 2017 tax law included a provision that would prevent companies from immediately deducting the full amount of R&D expenses in 2022.

Companies would instead have to deduct a portion of it every year over the next five years.

The Tax Foundation estimated that repealing the changes would cost about $131 billion over a decade but would boost GDP by 0.1%.