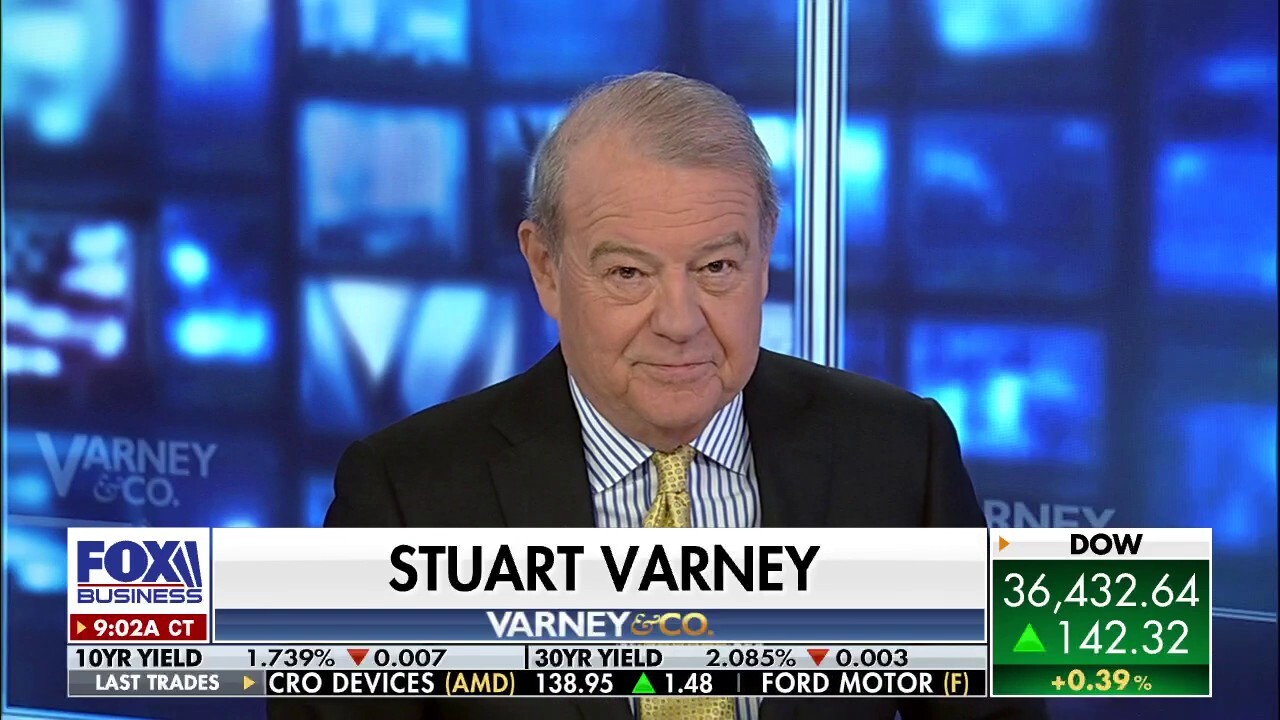 Stuart Varney: Biden’s presidency is on the brink of failure

"Varney & Co." host Stuart Varney targets Biden's performance during his latest "My Take" Thursday, arguing his presidency is on the "brink of failure" as the administration continues to stumble over important issues.

STUART VARNEY: The president has boxed himself into a corner.

His failures are numerous. His successes, hard to find. His presidency, after only one year, is on the brink of failure.

Today, he makes a last-ditch effort to get a win. Behind closed doors, he will meet Senate Democrats. Twisting their arms, to push through voting reform -- it’s not looking good.

His speech on voting on Tuesday was widely bashed as divisive and insulting: he implied that anyone who disagrees with him is a racist! Even some Democrats thought it was over-the-top.

Three things to bear in mind as the president goes into this all-important meeting.

First, he's reeling from a 7% inflation rate, which wipes out wage gains. His administration has no clue what to do about it.

Second, his approval rating has dropped to a shocking 33%. And this was from Quinnipiac - a reputable polling organization.

Third: 8.4 million new COVID cases in the last month. A record 1.4 million Wednesday alone. His mandates and bullying have not "crushed" COVID as he said he would.

His presidency is indeed on the brink of failure.