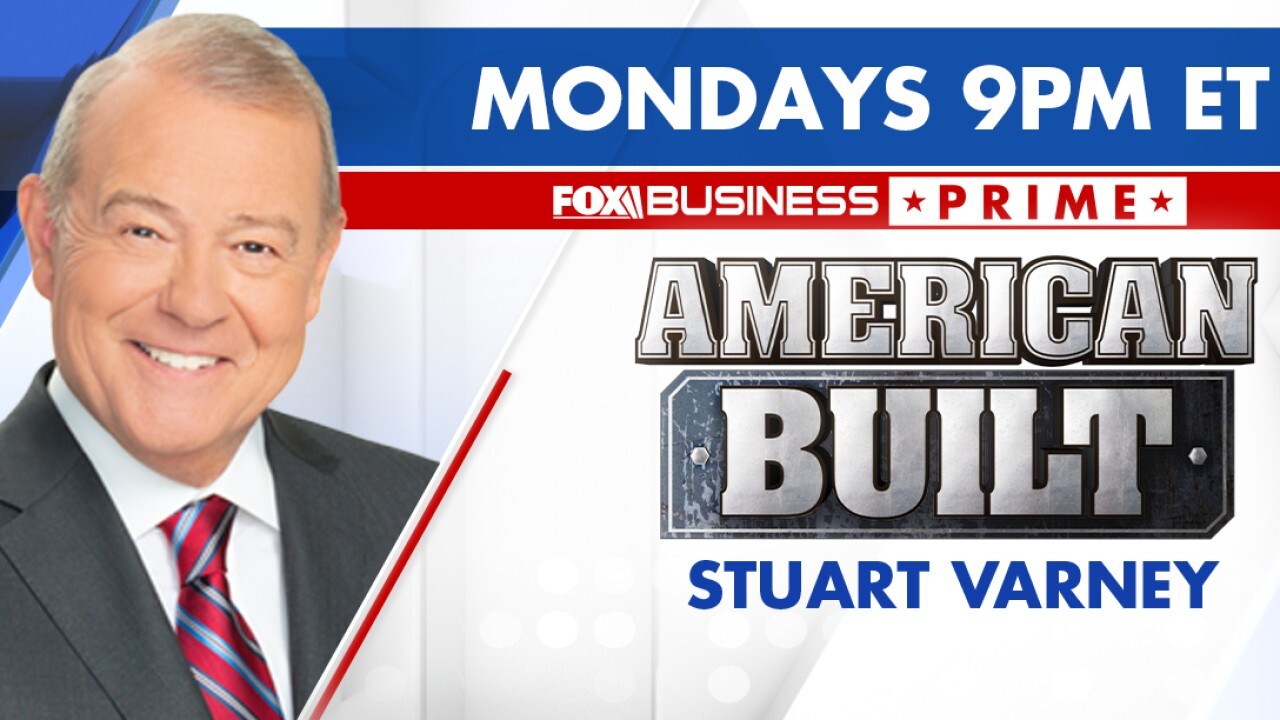 "The new primetime lineup is all about America's greatness and it's designed to open up our viewers to a point of view that is patriotic, pro-America and pro-capitalism," Varney told Fox News Digital. "That's what we're doing."

"American Built with Stuart Varney" will air each Monday as FBN’s top-rated host dives into the design and ingenuity of iconic American landmarks with back-to-back episodes of the show that began on Fox Nation.

"It’s the story of America's brilliant engineers who opened up a whole continent and made it livable," Varney said.  "It's a story of problem solving, innovation and enormous perseverance."

Varney feels many Americans have forgotten what a truly remarkable country we live in but "American Built" will help remind viewers of its greatness.

"As a newly minted American citizen, I'm in a very strong position to point out what's so good about it," he said. "We wanted the story of America's greatness to be on primetime on Fox Business."

Varney, who will still host "Varney & Co." weekdays from 9 a.m. – 12 p.m. ET, will interview renowned architects, engineers, and historians about engineering marvels that help make America the leader in innovation and growth on the primetime show.

"Nothing is being taken away from what we've got already. We're adding to it," he said. "‘Varney & Co’ is Rock and Roll, free flow, no scripts, breaking news, analyzing it as we go. ‘American Built’ is a set piece show where you've got time to delve into the story, tell the story properly and hone the product, polish the product. We can do that with ‘American built,’ and I think that makes it an attractive counterpart to the rock and roll free-flow form of ‘Varney & Co.’"

VARNEY: CRISIS AFTER CRISIS PILING UP FOR BID

Varney isn’t the only Fox Business host with a new show focusing on success stories across key American industries.

"How America Works," narrated by Mike Rowe, is a new hour-long series that will showcase the Americans that work nonstop to keep our infrastructure in working order. "How America Works" will air immediately before Varney’s "American Built" on Mondays at 8 p.m. ET.

"American Dream Home with Cheryl Casone" will air on Tuesdays at 8 p.m. ET, as back-to-back episodes of the half-hour show follow families while they hunt for their perfect house. Kacie McDonnell’s popular Fox Nation program, "Mansion Global," will now air on FBN Tuesdays at 9 p.m. and 9:30 p.m. ET.

Rich, an American country music star, will host "The Pursuit! with John Rich" on Wednesdays at 9 p.m. and 9:30 p.m. ET. The series, which also originally premiered on Fox Nation, will air all-new episodes featuring in-depth interviews with music stars, celebrities and entrepreneurs.