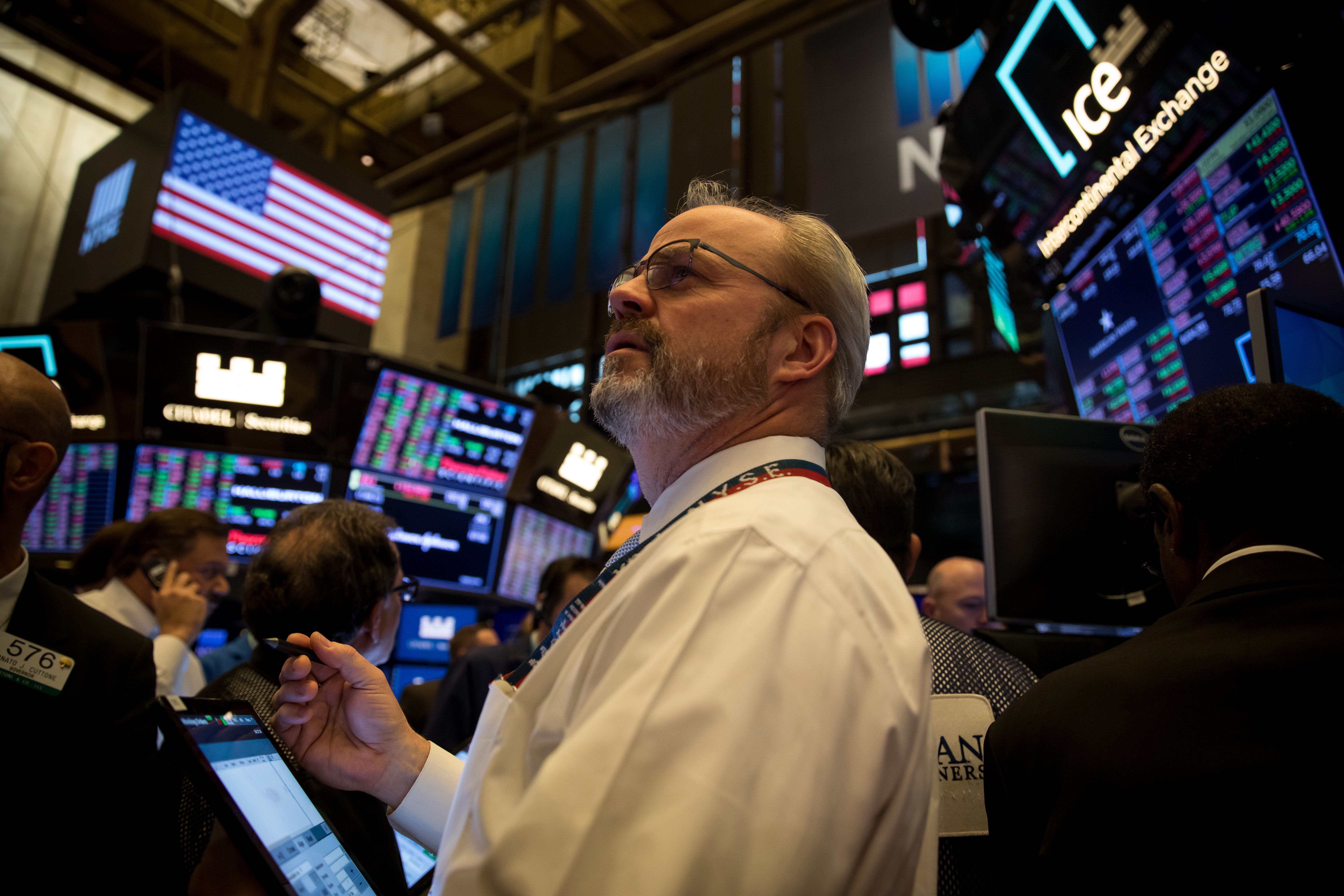 Stocks gained on more signs the U.S. economy is recovering after third-quarter GDP bounced back by 33.1% and jobless claims continued to drop.

The Nasdaq Composite, up over 1.6%, led the charge helped by Alphabet, Facebook and Apple, all of which gained and report earnings after the closing bell. Amazon also rallied ahead of its report.

HOW MAY RECORD GDP IMPACT 2020 ELECTION

Third-quarter GDP rebounded by a record 33.1% following a record second-quarter decline brought on by the coronavirus pandemic. Initial jobless claims data for the week ending Oct. 24 fell to 751,000 while continuing claims held at 7.7 million. Though improving, unemployment levels remain elevated.

Oil fell closing near the $36 per barrel level the lowest since June.

In M&A news, Marvell Technology announced its intention to acquire Inphi for $10 billion to create a semiconductor giant worth $40 billion in market value, sending those shares soaring. This is the second blockbuster chip deal this week after AMD and Xilinx's $35 billion tie-up.

Separately, LVMH and Tiffany & Co. said in a statement the two companies had agreed upon a lower price for Tiffany shares, with LVMH buying Tiffany at $131.50 a share, down from the initial offer of $135 per share.

Dealmaking helped sentiment after the Dow fell 942 points, a decline of 3.4%, as COVID-19 fears gripped investors across the globe as Germany and France announced new lockdown measures.

The U.S., in particular, continues to struggle with COVID-19, as the total number of cases in the country topped 8.8 million on Wednesday, according to data from Johns Hopkins University, resulting in at least 227,000 deaths.

Moderna shares rose after the company disclosed it took in $1.1 billion for COVID-19 vaccine orders which could be dispersed in 2021.

Approximately 40% of the companies in the S&P 500 have reported calendar third-quarter results, with more than 80% of them beating top- and bottom-line expectations.

Pending home sales for September were lighter-than-expected, with the reading showing a decline of 2.2%, versus expectations of a rise of 3.5%.

European indices also rebounded on Thursday, as the STOXX 600 rose 0.1% and the German DAX climbed 0.5%.