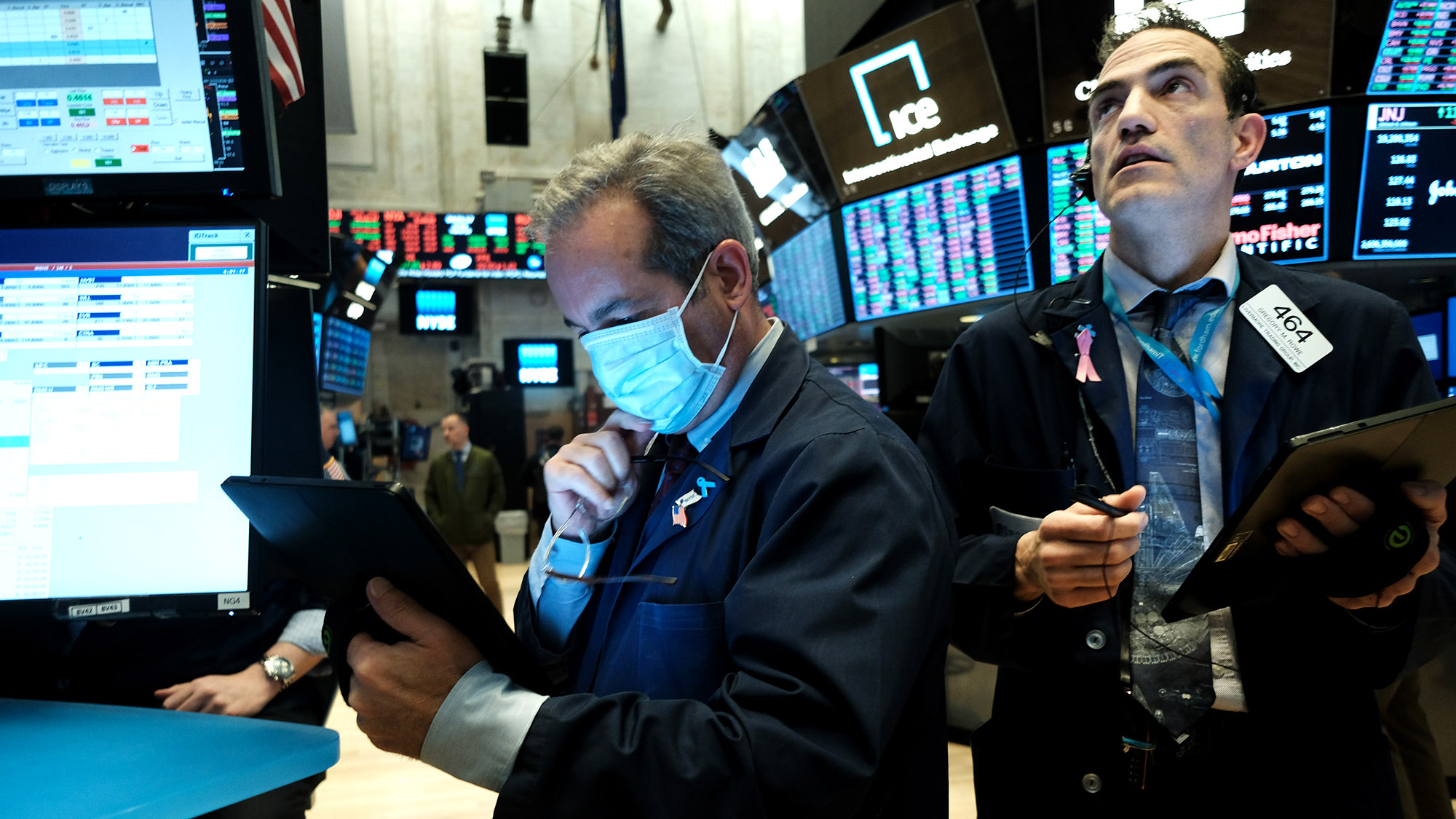 Stocks, in a choppy session, ended modestly lower with investors in limbo on a looming stimulus plan, while the 10-Year Treasury yield climbed to a five-month high of 0.815%, pushing prices down, on hopes more federal relief will be coming.

Volatility, as measured by the VIX, hit a level of 29, the highest since September.

The Nasdaq Composite also slipped but Facebook, Google and Snap, which surged over 30% on earnings, remained bright spots.

As for the state of the stimulus talks, those are ongoing.

White House Chief of Staff Mark Meadows signaled to FOX Business a deal is near. On MSNBC, Speaker of the House Nancy Pelosi also said there are hopes for a deal, noting she intends to resolve the "appropriations piece" of the bill Wednesday afternoon.

“I can tell you the negotiations have entered a new phase which is more on the technical side of trying to get the language right if we can agree upon the numbers," Meadows told Maria Bartiromo. "We’re still apart. Still a number of issues to work on, but the last 24 hours have moved the ball down the field.”

Pelosi and representatives from the White House said there was enough progress made late Tuesday to continue speaking. The Democratic lawmaker had previously imposed a 48-hour deadline to reach a deal that expired on last night.

However, The Washington Post reported late Tuesday that Senate Maj. Leader Mitch McConnell has warned the White House that Democrats are not negotiating in good faith. McConnell, who is up for reelection, cautioned the Trump administration against making a deal before the election.

Tech shares are in the spotlight after Netflix Inc. reported third-quarter results that fell short of Wall Street expectations.

The streaming giant said in the first nine months of this year, it added 28.1 million paid subscriptions. In all of 2019, the service added 27.8 million. Shares fell.

PayPal Holdings, Inc. jumped after it said it would allow users to buy and sell cryptocurrencies, while also allowing for purchases to be made with them.

After the bell, electric vehicle manufacturer Tesla Inc. and semiconductor company Xilinx Inc. report after the market closes as does Chipotle Mexican Grill.

The Energy Information Administration reported a smaller draw in oil supplies of 1 million, a larger-than-expected draw in distillates and a surprise build in gasoline stockpiles.