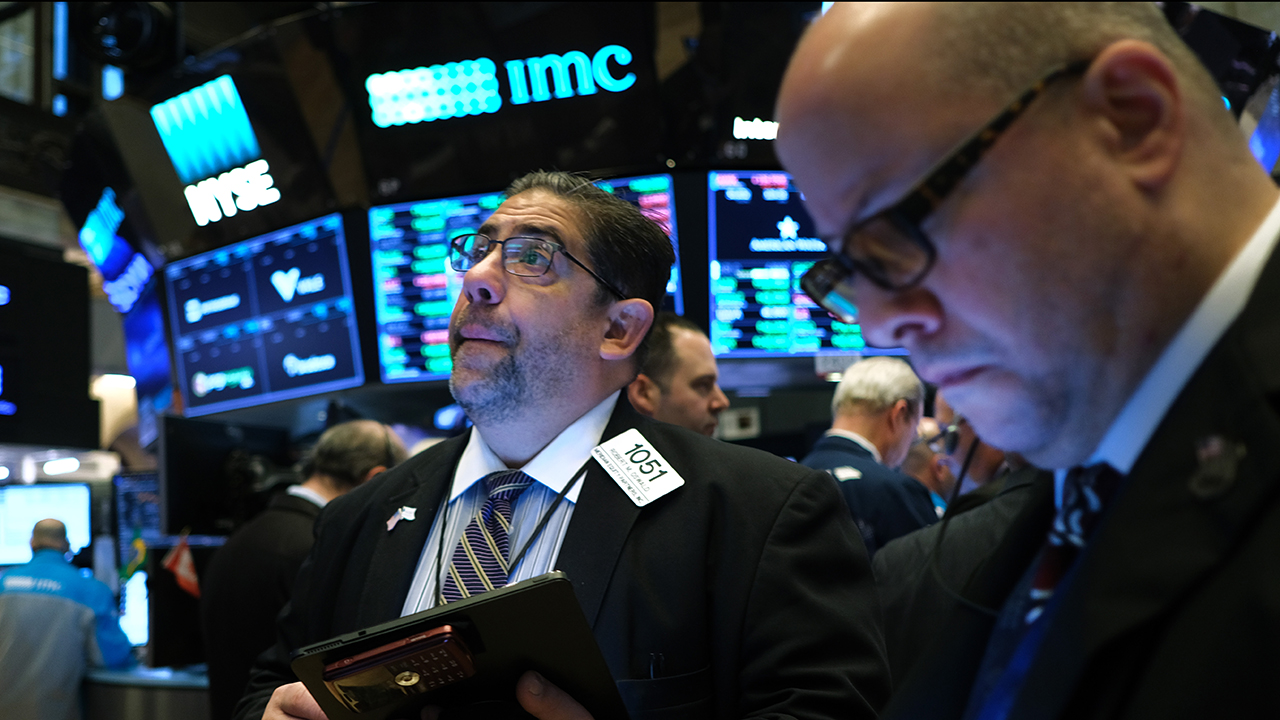 Stocks rebounded Tuesday as investors digested a basket of positive earnings results and as they await the outcome of stimulus talks.

The Dow Jones Industrial Average rose over 114 points or 0.4%, while the NASDAQ Composite gained 0.3%, snapping a five-day losing streak.

Shares of Google's parent company, Alphabet, closed higher despite the Dept. of Justice filing an antitrust suit against the search giant. Part of the suit will look at allegations Google monopolizes its internet search function.

In an exclusive statement to Fox News, a Google spokesperson said they disagreed with the lawsuit.

"Today’s lawsuit by the Department of Justice is deeply flawed," a spokesman told Fox News. "People use Google because they choose to -- not because they're forced to or because they can't find alternatives. We will have a fuller statement this morning."

In politics, Tuesday is the self-imposed deadline set by Speaker of the House Nancy Pelosi who set a 48-hour deadline to reach an agreement she is speaking to Treasury Secretary Mnuchin again this afternoon, according to reports.

Speaking on Fox & Friends Tuesday, President Trump said that he would support a coronavirus relief package with an even bigger price tag than Democrats' $2.2 trillion proposal as both parties rush to deliver aid to Americans ahead of the November election.

In other news, General Motors announced plans to build the 2023 Cadillac Lyriq at its Spring Hill Manufacturing facility in Tennessee backed by a $2 billion investment.

In deal news, Intel Corp. on Monday said it would sell its storage unit to South Korea-based Hynix for $9 billion. Intel shares were slightly higher in Tuesday trading, up 0.8%.

One day after the NAHB Housing Market Index for October hit a fresh record high with a reading of 85, traders will get even more data on the surging housing market.

Housing starts and building permits for October were released, with housing starts coming in slightly lower-than-expected at 1.41 million, while permits were above consensus at 1.55 million.