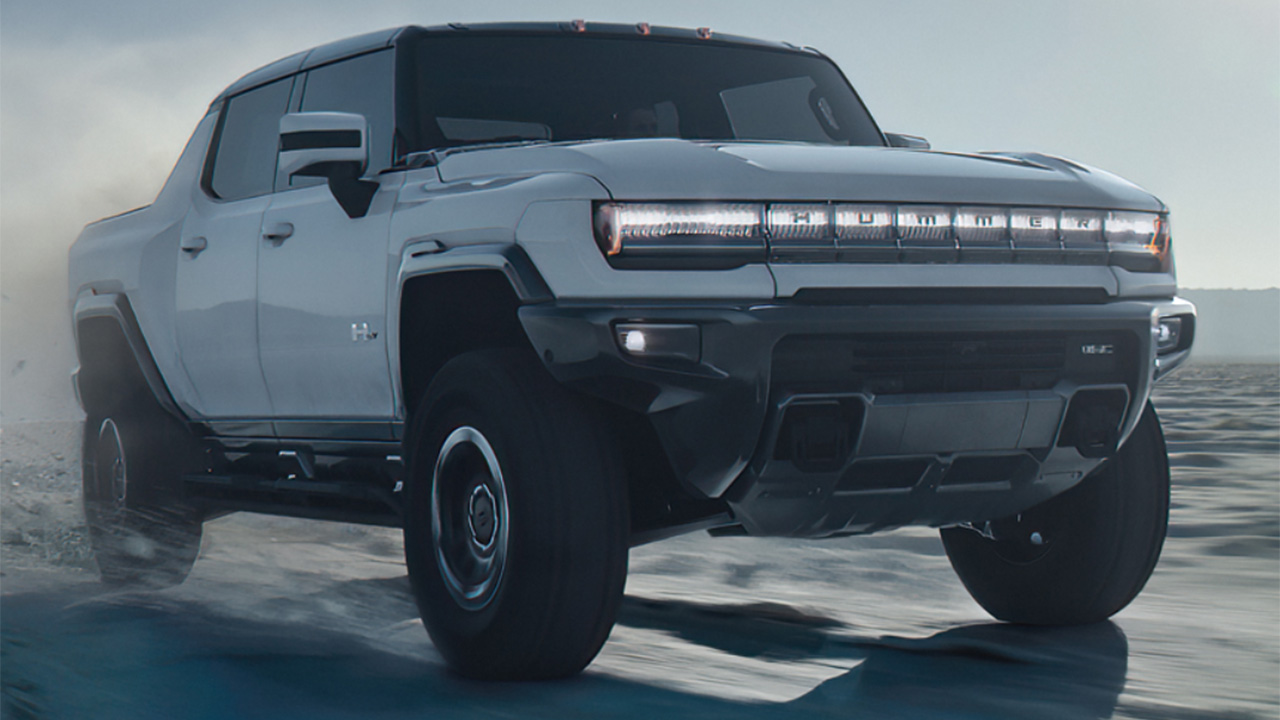 It could be Supertruck v. Cybertruck this time next year.

After teasing it in a Super Bowl ad in February starring LeBron James, GMC has fully revealed its HUMMER EV pickup.

The battery-powered truck is set to go on sale in late 2021 as part of a $2.2 billion investment that’s turning General Motors’ Detroit-Hamtramck Assembly plant into an electric vehicle center called Factory ZERO that will also build several electric trucks and SUVs.

The model is rebooting the HUMMER name as a sub-brand of GMC, after being dormant since it was discontinued as a standalone nameplate in 2010.

The HUMMER EV is launching with a special Edition 1 model priced at $112,595 that features a 1,000 hp four-wheel drivetrain, three electric motors and a four-wheel steering system with a CrabWalk mode that allows it to be driven diagonally at low speeds.

GMC says it will be able to go over 350 miles per charge and can be recharged at rates up to 100 miles per 10 minutes at the fastest public stations. It will also feature GM’s Super Cruise highway driving system, which allows for hands-free driving on over 200,000 miles of highway.

The current plan is to introduce a lower-priced model with less content to the lineup each year, eventually reducing the base price to $79,990 by 2024.

GET ALL THE DETAILS ABOUT THE GMC HUMMER EV HERE

GMC is billing the HUMMER EV as "The World’s First All-Electric Supertruck," but Tesla’s Texas-built Cybertruck could beat it to market at a starting price of $49,990 for a dual motor truck with 300 miles of range and a tri-motor model with 500 miles of range for $69,990.

SUV versions of the HUMMER EV will be added at an unspecified date.