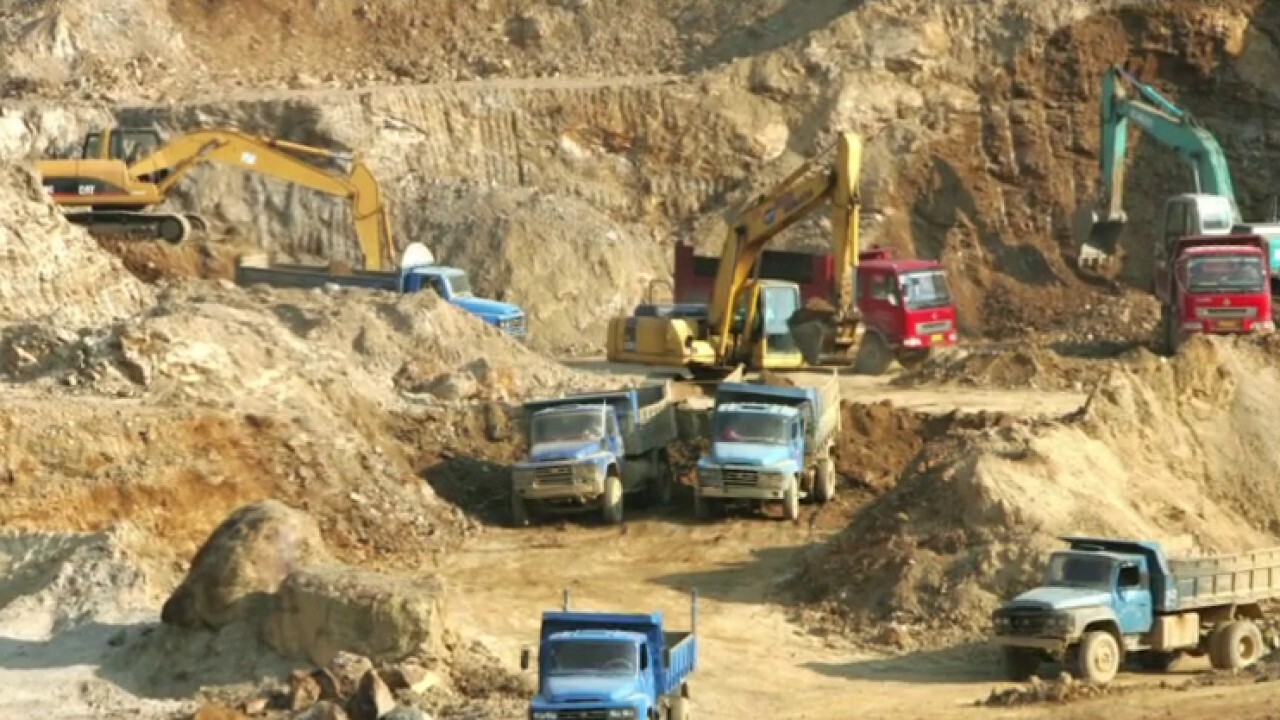 President Biden’s agenda for a clean-energy future requires ratcheting up demand for rare-earth elements, the essential materials for many high-tech items, including green-energy products like electric vehicles and wind turbines.

But China’s near monopoly on the materials could be the biggest challenge to Biden’s plans.

"China occupies 80% of production, and their internal demands are outstripping their supply," Defense Metal CEO Craig Taylor told FOX Business on Thursday. "That leaves the West really behind if we don’t get it together and start funding these projects."

China has invested at least $60 billion to support its electric vehicle industry, CNBC reported in March. And U.S. EV giant Tesla built its first overseas factory near Shanghai in 2020 to secure a foothold in the Asian market.

The booming domestic demand will soon make China a net importer of the materials, leaving U.S. and other countries with a rare-earth elements shortage.

From TV screens to computer chips, modern life is full of high-tech products made using rare-earth elements. They are also essential in military equipment such as jet engines, missile guidance systems, radars and more.

Rare-earths are a group of 17 elements. Among them neodymium and praseodymium are most sought-after elements, because they are essential in motors, medical devices, electronics and wind turbines.

To secure the crucial strategic materials, the U.S. began restoring its rare-earth supply chain under the Trump administration. The Department of Defense and Department of Energy have awarded companies to produce rare-earth elements and other critical minerals.

Sixty miles west of Las Vegas, Mountain Pass in San Bernardino, Calif., is the only rare-earth mine in the U.S. It is owned by MP Materials.

Last year, it produced more than 38,500 metric tons of rare earth, representing more than 15% of global production, according to the U.S. Geological Survey.

MP Materials SVP Matt Sloustcher told FOX Business that the company plans to restart refining of separated rare-earth oxides in 2022, and eventually to restore the entire supply chain to manufacture magnets in the United States.

Mining and refining rare-earth elements are also expansive and toxic. The purifying process creates radioactive waste and other harmful byproducts.

Sloustcher explained that Mountain Pass has one of the world’s largest and highest-grade rare earth deposits, 7% rare earth content, comparing 0.1% to 4% for most deposits. That gives MP Materials a natural advantage to compete globally while holding to high environmental standards.

"We occupy a low-cost position globally," Sloustcher said. "And we believe that we have the highest environmental standards in the world."