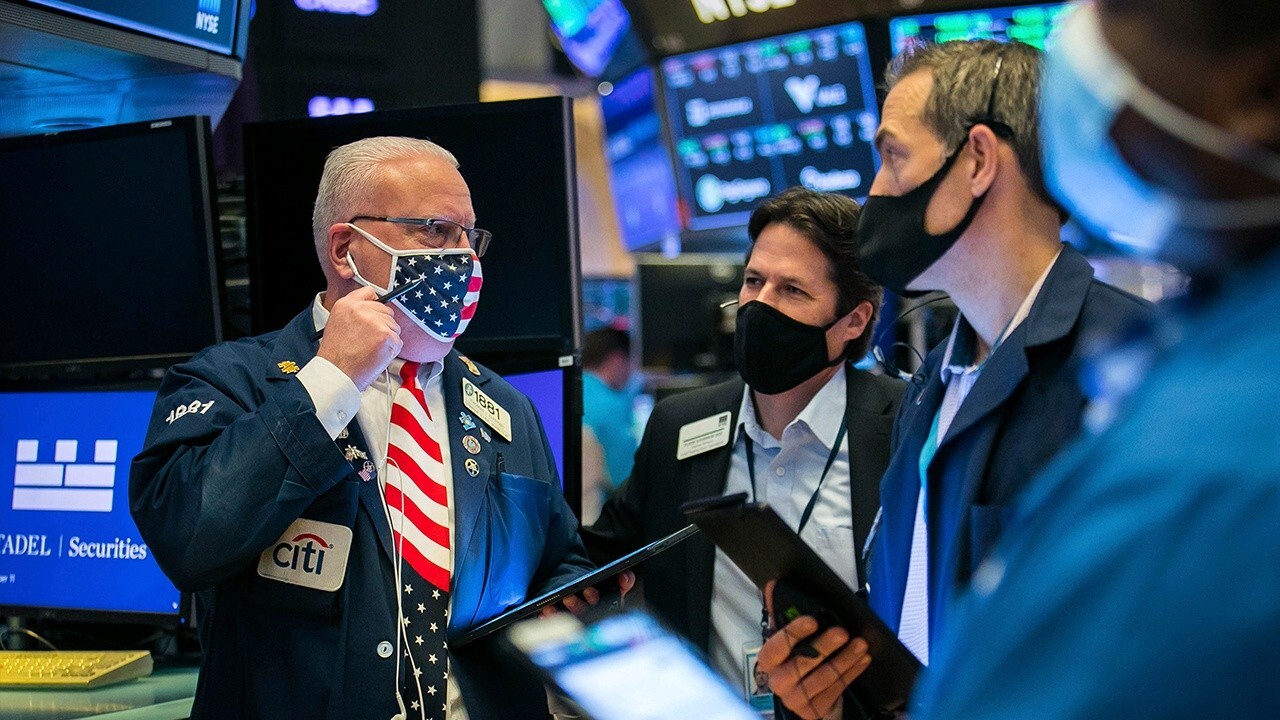 The central bank kept policy on hold and said it would continue to use the full range of tools at its disposal in order to support the U.S. economy and help meet its goals of maximum employment and price stability.

Projections showed the Fed sees core personal consumption expenditures, its preferred inflation measure, reaching 2.2% this year before next year retreating to its 2% target. The central bank also sees the U.S. economy expanding at a 6.5% pace this year, up from its December forecast of 4.2% growth.

The stock-market rally comes as the 10-year yield trades up 4 basis points to a 13-month high of 1.66%. Rising bond yields will remain in focus in the days ahead as traders worry a move towards 2% could put further pressure on equities.

In deals, optical fiber firm Lumentum Holdings raised its offer for rival Coherent Inc. to $6.9 billion, consisting of $220 per share in cash and 0.61 Lumentum shares for each share owned. The offer is the latest in a bidding war between Lumentum, MKS Instruments and optical components maker II-VI.

Uber Technologies Inc. reclassified its more than 70,000 drivers in the U.K. as employees, meaning they will receive the minimum wage, vacation time, and access to a pension plan. The decision comes after the company last month lost a U.K. Supreme Court case last month that gave workers the rights of worker status while allowing them to work flexibly.

Plug Power Inc. shares were sharply lower after the hydrogen and fuel-cell technology company said it would restate financial statements in fiscal years 2018 and 2019 and quarterly filings for 2019 and 2020 due to accounting errors. The changes are not expected to impact Plug's cash position, business operations or economics of commercial arrangements and the company maintained its gross billings targets.