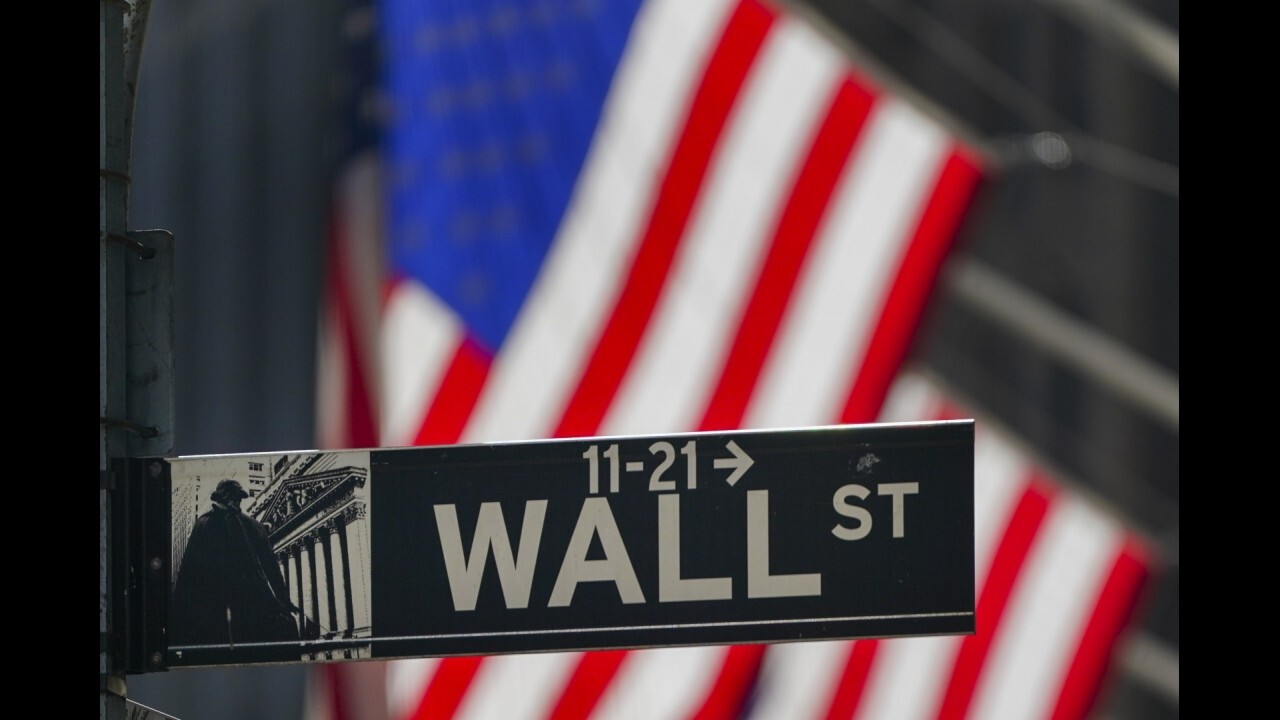 For taxpayers, the deadline to file 2020 state and federal taxes is Monday.

Additionally, earnings from big retailers including Home Depot, Macy's, Walmart, Target, and Kohl's will roll out as the corporate reporting season winds down.

MAY 17 TAX DAY DEADLINE: WHAT TO KNOW

It will also be a busy week for the Biden administration, as the president is set to visit Ford's Rogue Electric Vehicle center on Tuesday and meet with South Korea's president Moon Jae-in on Friday. This as Commerce Secretary Gina Raimondo will also meet with auto industry leaders regarding the ongoing semiconductor shortage.

U.S. stocks rallied Friday but still posted a down week even as investors celebrated the Centers for Disease Control and Prevention's latest easing of COVID-19 mask restrictions and shrugged off the biggest annual increase in producer prices on record.

For anyone who hasn't already filed their federal and state taxes for 2020 to the Internal Revenue Service the deadline, which was originally set for April 15, is today. Taxes must also be filed Monday in order to receive the new $3,000 child tax credit.

On the earnings docket, Hostess Brands will kick off the week.

Elsewhere, three Chinese telecommunications firms, China Mobile Ltd., China Unicom Ltd. and China Telecom, will also be delisted from the New York Stock Exchange. The move was announced earlier this year in response to an executive order by former President Trump in November, which prohibits "any transaction in publicly traded securities, or any securities that are derivative of, or are designed to provide investment exposure to such securities, of any Communist Chinese military company."

As for economic data, investors will watch the National Association of Home Builders (NAHB) housing market index and the Empire State Manufacturing Index for the month of May.

The retail sector will dominate earnings on Tuesday as Home Depot, Macy's and Walmart, will all report before the opening bell. Chinese technology firm Baidu and Take-Two Interactive Software will also release results.

Investors will also keep an eye on building permits and housing starts for the month of April, which will be released by the Department of Commerce.

Other notable events to watch on Tuesday will be Microsoft co-founder Bill Gates' speech at the U.S. Chamber of Commerce's Inaugural Global Forum on Economic Recovery, his first public appearance since ending his 27-year marriage with his wife, Melinda.

As well as Google CEO Sundar Pichai's keynote ahead of the tech giant's 2021 I/O conference, where a series of new product announcements are expected to be unveiled.

Just a day after the president's visit, Ford will unveil its new all-electric F-150 Lightning.

The reveal will be broadcast live at 9:30 p.m. eastern time across more than 30 physical and digital destinations, including Facebook, YouTube, Twitter and sites in New York City's Times Square and Las Vegas Boulevard.

According to Ford CEO Jim Farley, the F-150 Lightning can power your home during an outage, is even quicker than the original F-150 Lightning performance truck and will constantly improve through over-the-air updates.

Ford will begin production on the new F-150 Lightning next spring at the Rogue Electric Vehicle center in Dearborn.

In addition, IHOP will hold a National Recruiting Day in an effort to hire 10,000 people in its restaurants.

Retail earnings continue with Lowe's, Target and TJX Companies set to report earnings before the bell. Investors will also hear from JD.com and Analog Devices.

On Thursday, Commerce Secretary Gina Raimondo will meet with auto industry leaders to discuss the ongoing chip shortage. Sources told Reuters the meeting will include General Motors, Ford and Stellantis NV. Raimondo has cited the shortage as a factor in the loss of 27,000 auto sector jobs in April.

In addition to weekly initial and continuing jobless claims, the index of leading economic indicators for April and the Philadelphia Federal Reserve Bank's manufacturing Index are on the docket for Thursday's economic data.

President Biden will meet with South Korean president Moon Jae-in on Friday. According to White House Press Secretary Jen Psaki, the meeting will "highlight the ironclad alliance between the United States and the Republic of Korea, and the broad and deep ties between our governments, people, and economies." The meeting comes as North Korea has resumed testing of its ballistic missiles.

Wrapping up the week for earnings will be Booz Allen Hamilton, Buckle, Deere, Foot Locker and VF Corporation.