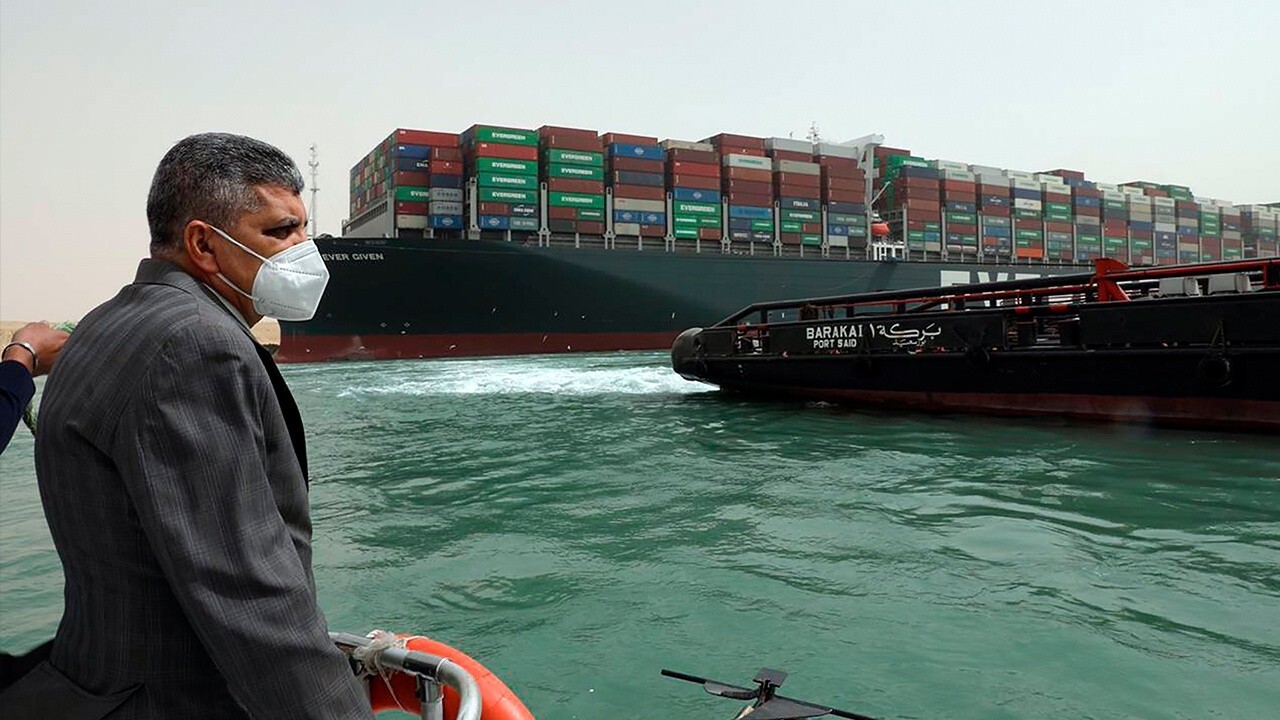 The Suez Canal could be blocked for weeks, with nearly $10 billion worth of disruptions in shipping traffic each day, according to reports.

A cargo ship larger than the Empire State Building called the MV Ever Given got stuck in Egypt's Suez Canal on Tuesday, and despite initial reports that said the ship was moving Wednesday, Suez Canal Chairman Adm. Osama Rabie said refloating efforts were still underway.

"...Navigation through the Suez Canal is temporarily suspended," Rabie said Thursday. "That is only until the floatation works of the large Panamanian container vessel EVER GIVEN; that ran aground at the 151 km area (Canal Marking), are complete."

More than 50 vessels travel through the 300-foot-wide, man-made waterway every day, transporting 1.9 million barrels of oil daily and 1.2 billion pounds of cargo annually, according to Lloyd's List.

In a sign of the global turmoil the blockage has caused, the ship’s Japanese owner even offered a written apology Thursday for the incident.

"We are determined to keep on working hard to resolve this situation as soon as possible," Shoei Kisen Kaisha Ltd. said. "We would like to apologize to all parties affected by this incident, including the ships travelling and planning to travel through Suez Canal."

Images showed the ship's bow touching the eastern wall of the canal while its stern appeared lodged against the western wall — an extraordinary event that experts said they had never heard of happening before in the canal’s 150-year history.

The blockage even prompted memes on social media:

The Suez Canal Authority assigned eight tugboats to the task of trying to nudge the obstruction out of the way as at least 156 container ships are lined up, awaiting passage, according to Reuters.

"The Suez Canal will not spare any efforts to ensure the restoration of navigation and to serve the movement of global trade," Lt. Gen. Ossama Rabei, head of the Suez Canal Authority, said on Wednesday.

Officials said it could take "weeks" to refloat the ship and move it out of the way.

"We can't exclude it might take weeks, depending on the situation,'' Peter Berdowski, CEO of Dutch company Boskalis, which has been tasked with helping to move the Ever Given, told Dutch television program "Nieuwsuur."

Berdowski compared the ship to a "very heavy whale on the beach."