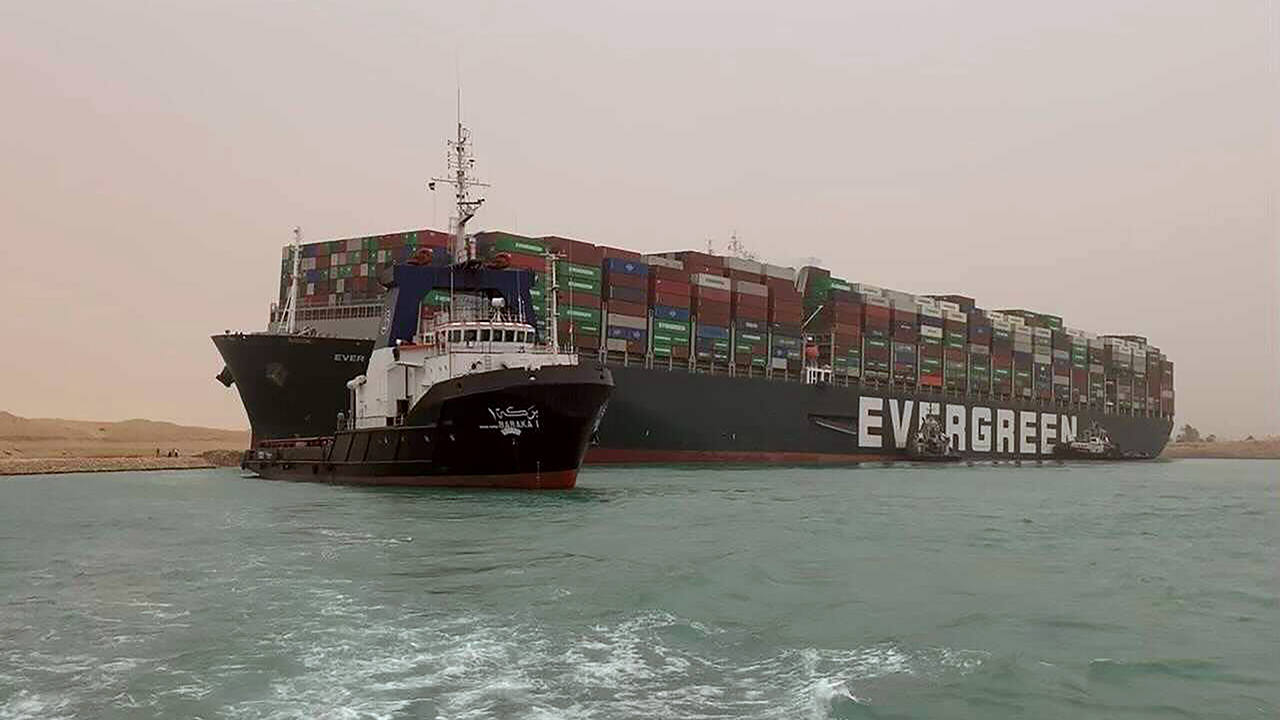 Global shipping was further periled as at least 150 other vessels needing to pass through the crucial waterway idled waiting for the obstruction to clear, authorities said.

The Ever Given, a Panama-flagged ship that carries cargo between Asia and Europe, ran aground Tuesday in the narrow, man-made canal dividing continental Africa from the Sinai Peninsula.

Efforts to free the ship using dredgers, digging and the aid of high tides have yet to push the container vessel aside.

So far, dredgers have tried to clear silt around the massive ship.

Tug boats are being used to shake it loose.

Canal service provider Leth Agencies said at least 150 ships were waiting for the Ever Given to be cleared, including vessels near Port Said on the Mediterranean Sea, Port Suez on the Red Sea and those already stuck in the canal system on Egypt's Great Bitter Lake.

Evergreen Marine Corp., a major Taiwan-based shipping company that operates the ship, said in a statement that the Ever Given had been overcome by strong winds as it entered the canal from the Red Sea but none of its containers had sunk.

The closure could affect oil and gas shipments to Europe from the Mideast, which rely on the canal to avoid sailing around Africa. The price of international benchmark Brent crude stood at over $63 a barrel Thursday.