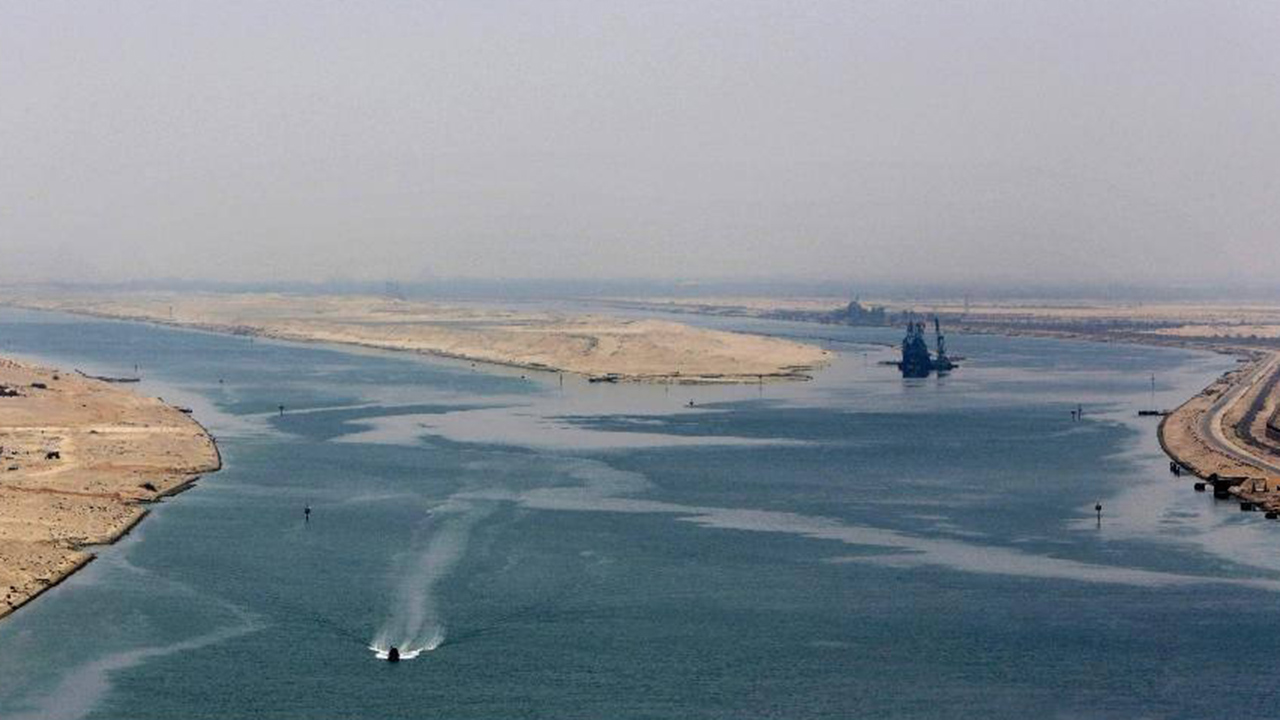 Shipping traffic has essentially been shut down in Egypt's Suez Canal.

A cargo container ship considered one of the largest in the world has turned sideways and blocked all traffic, according to officials.

The situation is threatening to disrupt a global shipping system already strained by the coronavirus pandemic.

The MV Ever Given is a Panama-flagged container ship that carries trade between Asia and Europe.

Evergreen Marine Corp., a major Taiwan-based shipping company that operates the ship, said in a statement provided to The Associated Press that the Ever Given had been overcome by strong winds as it entered the Suez Canal from the Red Sea.

The ship reportedly did not lose any of its containers.

This satellite image from Planet Labs Inc. shows the cargo ship MV Ever Given stuck in the Suez Canal near Suez, Egypt, Tuesday, March 23, 2021. A cargo container ship that's among the largest in the world has turned sideways and blocked all traffic

A Egyptian official, who spoke to the AP on condition of anonymity as he wasn't authorized to brief journalists similarly blamed a strong wind in the area for the incident. Egyptian forecasters said high winds and a sandstorm plagued the area Tuesday, with winds gusting as much as 50 kph (31 mph).

The Ever Given's bow was touching the canal's eastern wall, while its stern looked lodged against its western wall, according to satellite data from MarineTraffic.com. Several tug boats surrounded the ship, likely attempting to push it the right way, the data showed.

Canal authorities could not be immediately reached by the AP early Wednesday.

The Ever Given had listed its destination as Rotterdam in the Netherlands prior to getting stuck in the canal.

Opened in 1869, the Suez Canal provides a crucial link for oil, natural gas and cargo being shipping from East to West. Around 10% of the world’s trade flows through the waterway and it remains one of Egypt’s top foreign currency earners.