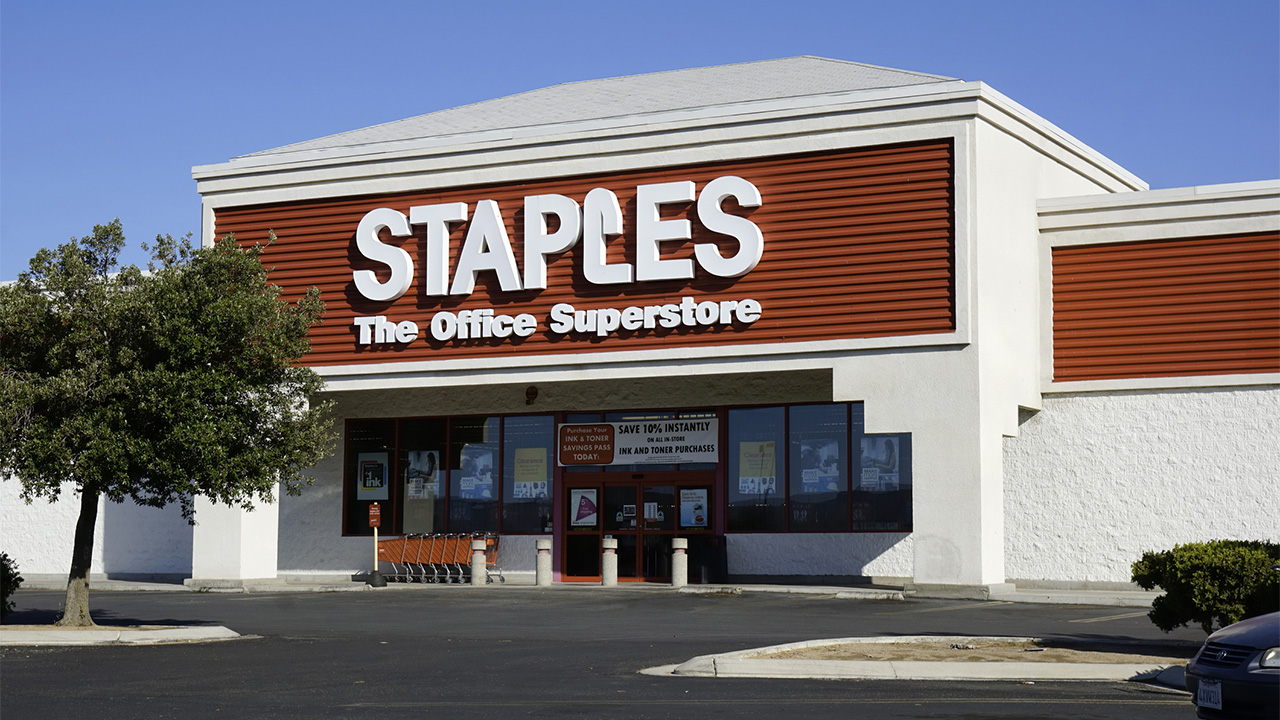 Just days after Staples announced its intention to acquire competitor Office Depot, the company rejected the offer, but said it would be open to another alternative, according to media reports.

Citing an internal letter, The Wall Street Journal reported that Office Depot would be open to a sale of its retail and e-commerce operations touched by consumers or a potential joint venture would be better than an outright sale.

The letter noted that the same cost savings could be done via the alternatives but would not potentially face the same scrutiny that an outright merger would.

Shares of ODP, the parent company of Office Depot, were sharply lower in Tuesday trade, falling 5.1% to $43.50.

FOX Business has reached out to ODP with a request for comment for this story.

The Journal added that investors believe some kind of deal is likely, given the sharp run-up in shares of Office Depot since the Jan. 11 announcement. Framingham, Mass.-based Staples said it intended to acquire Office Depot for $40 per share in cash.

"Staples believes that its all-cash transaction is a compelling value proposition for ODP's stockholders that offers a high degree of certainty and is superior to the intrinsic, standalone value of ODP," USR Parent, the corporate name of Staples, wrote in a letter at the time.

Staples is no longer a public company, having gone private in a $6.9 acquisition by private equity company Sycamore Partners in 2017.

The proposed acquisition would be the third time Staples has tried to acquire Office Depot.

In 1997, the Federal Trade Commission rejected the planned tie-up between the two companies, citing anti-competitive behavior. A similar plan was put forth in 2015 and was rejected by the agency in 2016.