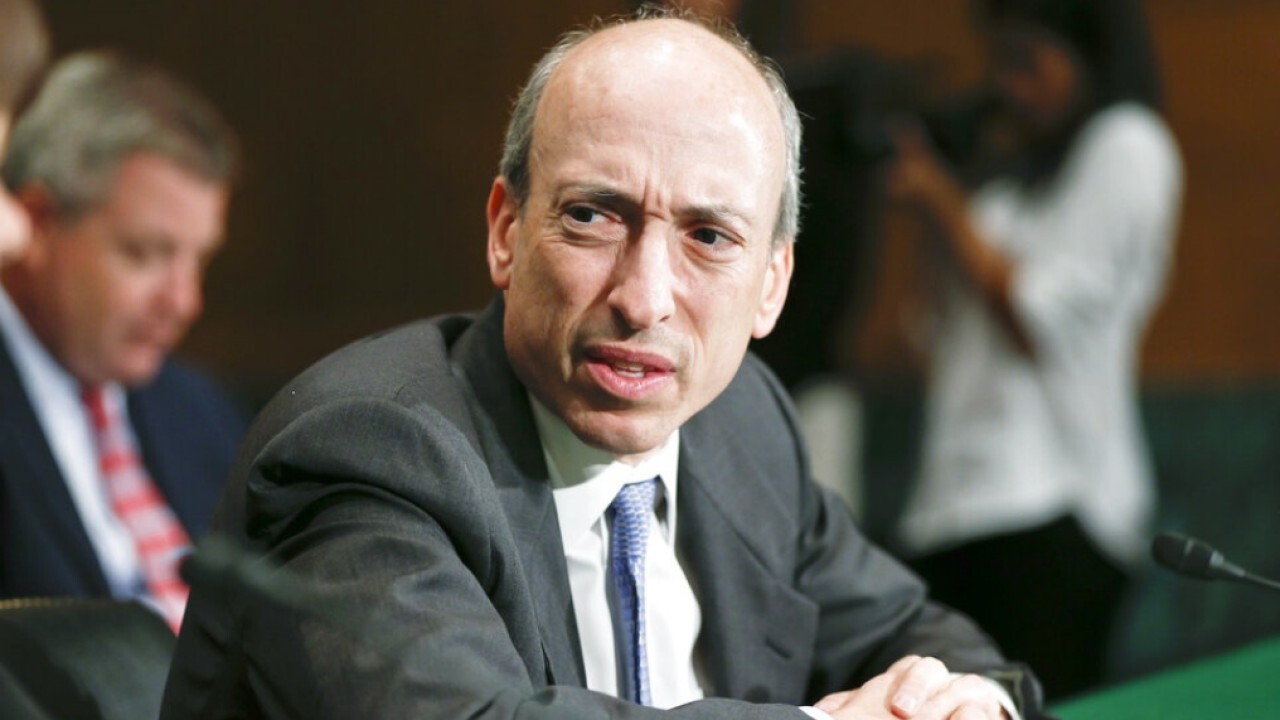 Sources tell FOX Business' Charlie Gasparino that Gary Gensler is signaling that he will address cryptocurrency regulation through increased enforcement not rulemaking.

FOX Business has learned that the Securities and Exchange Commission is launching a series of inquiries into whether corporations make proper disclosures involving so-called Environment, Social, Governance issues, known by the short-hand ESG.

The purpose of the crackdown, initiated at the behest of Gensler, who became SEC chairman last month, is to prod corporate America to adopt policies that improve diversity, and other non-financial issues such as environmental concerns, securities lawyers who represent potential targets tell FOX Business.

These lawyers, who spoke on the condition of anonymity, said the SEC will also look at such issues as "conflict minerals," or whether companies import raw materials from countries that use the money to finance war and adequately disclose the matter in corporate reports.

Progressives in Congress have attempted such legislation in the past only to be thwarted by the GOP majority. Now with Democrats controlling both chambers of Congress and the White House, the enforcement of so-called ESG standards on companies will likely be revived.

But the move by Gensler is politically fraught. Known as an aggressive regulator during the Obama years as the chair of the Commodity Futures Trade Commission (CFTC), Gensler’s edict will likely receive blowback by the GOP senate, which regulates the SEC. Traditional corporate disclosures have involved matters considered "material" to an investor, such as financial issues or the health of top executives.

Senator Pat Toomey, R-Pa., voted against Gensler’s nomination stating that his support of ESG issues would "advance a liberal social and cultural agenda on issues ranging from climate change to racial inequality" that is outside the purview of the SEC.

Gensler, a former Goldman Sachs banker, is close to Sen. Elizabeth Warren, D-Mass.., a polarizing figure with Republicans and business leaders because of her support of progressive causes such as enforcing ESG standards on businesses.

"Issues such as diversity on boards are partly normative, or non-legal, and partly legal" for companies in terms of their disclosure, said John Coffee, a professor of law at Columbia University and an expert at corporate disclosure.  "The SEC already requires much disclosure on how hard you are trying on diversity, and why you have not succeeded, but Gensler will likely increase that disclosure.  And the two political parties will disagree."

An SEC spokesman had no comment, but would not deny that the commission has launched probes into ESG disclosures. A press official for Warren didn’t return a call for comment.

It’s unclear if any of the inquiries by the SEC will result in enforcement actions involving civil securities fraud, which are usually settled by targets without admitting or denying wrongdoing. The SEC can also levy fines and other penalties.

Such cases could be difficult to bring given the complexities in determining whether a disclosure on an ESG issue is legally inadequate, thus in violation of federal fraud statutes, securities lawyers say. Securities lawyers, however, expect the commission to bring at least a few cases to demonstrate its commitment to the issue.

"They are trying hard to find cases," said one securities lawyer with knowledge of the SEC efforts. "My guess is that they will bring at least some small cases so they can say they’re doing something."