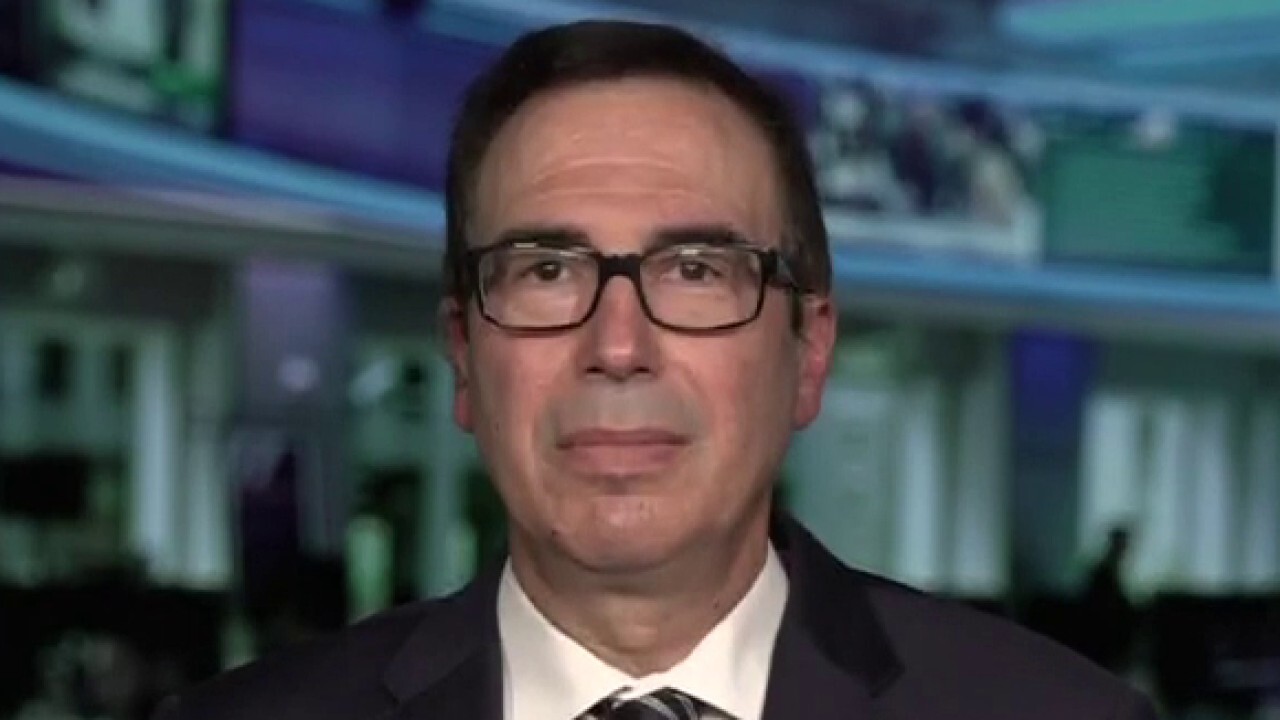 Former Treasury Secretary Steven Mnuchin joined FOX Business' Larry Kudlow on Wednesday to offer his take on the state of the economy right now, and what should be done moving forward as the U.S. faces surging debt and inflation.

Kudlow began by noting that the mantra of his show, of late, has been, "Save America, kill the bill," referring to the proposed Build Back Better Act being pushed by the Biden administration and congressional Democrats.

While it appears to be dead for now, the passage of the legislation would mean an estimated $5 trillion more in federal spending on top of three prior multi-trillion-dollar emergency spending packages amid the pandemic.

"We spent $4 trillion," Mnuchin said, referring to the stimulus packages spent in 2020 during the Trump administration, noting, "and the first two bills we passed 96-0 and 100-0 – overwhelming support – and I think had we not done that we would've had a global depression."

KUDLOW: WE ARE IN THE ‘GREAT RESIGNATION’

"But we should have stopped there," Mnuchin continued. Referencing Democrats' partisan COVID-19 relief bill from the spring, he said, "We didn't need the last $2 trillion, and we surely don't need more spending now."

Mnuchin went on to blast the Build Back Better Act, saying, "When people say ‘Oh, it’s deficit neutral,' it's not deficit neutral. That's silly government math over a ten-year period. The debt would go way up."

Kudlow then asked the former treasury secretary for his views on what will happen with inflation, which the host called "a government spending and [Federal Reserve] money-creation issue."

"I think the Fed was slow, and I understand why they were slow because they wanted to be careful…but the minutes came out today," Mnuchin went on the say, referring to Fed officials' meeting last month. "Clearly the Fed is going to raise rates. The Fed is going to normalize the portfolio, it's just [a matter of] how quick or how fast they do it."

"I think we're going to slow down inflation, but we definitely have to raise interest rates along the way," Mnuchin said. He went on to add that he feels the Fed was slow to react because Chair Jerome Powell "was concerned about reacting too quickly."

"Now, I think they get it," Mnuchin told Kudlow. "I think over the next year you're going to see the Fed normalize rates and normalize the portfolio." He added, "The numbers overwhelmingly show we have real, ongoing inflation."