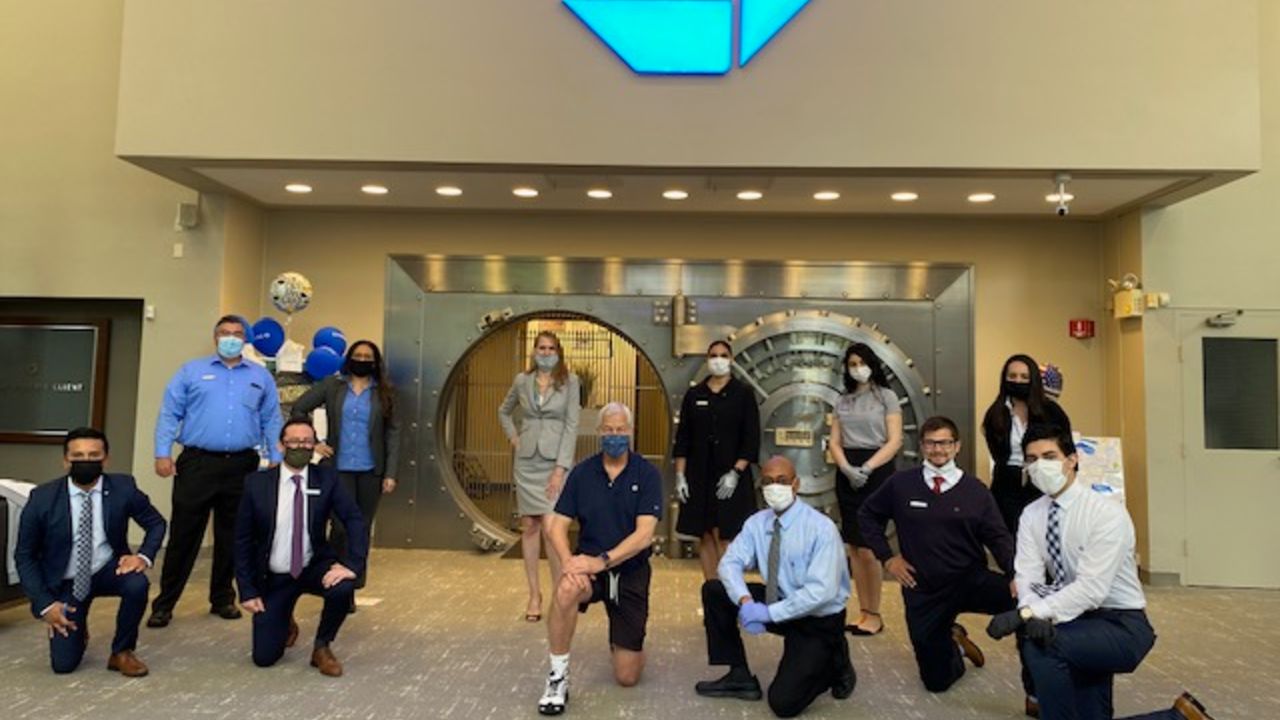 During the visit, his first since he underwent emergency heart surgery in March, Dimon held a mini town hall with 10 mask-clad bankers, a company spokesperson told FOX Business. He answered questions about his surgery, the vitality of local small businesses and job prospects for recent college graduates.

Dimon also posed for a photo with the staffers kneeling.

Although the bank didn’t say if there was meaning to the pose, it appeared similar to the “taking a knee” that has become a symbol of protest since former pro quarterback Colin Kaepernick began kneeling during the anthem at NFL games to silently demonstrate against the treatment of African Americans by police.

DIMON REACTS TO FLOYD PROTESTS: ‘WE ARE COMMITTED TO FIGHTING RACISM’

Dimon and JPMorgan’s head of diversity and inclusion, Brian Lamb, put out a memo last week committing to fight “against racism and discrimination wherever and however it exists” as protests grew across the country of the killings of George Floyd and Breonna Taylor by police.

“This week’s terrible events in Minneapolis, together with too many others occurring around our country, are tragic and heartbreaking," they said in the memo.