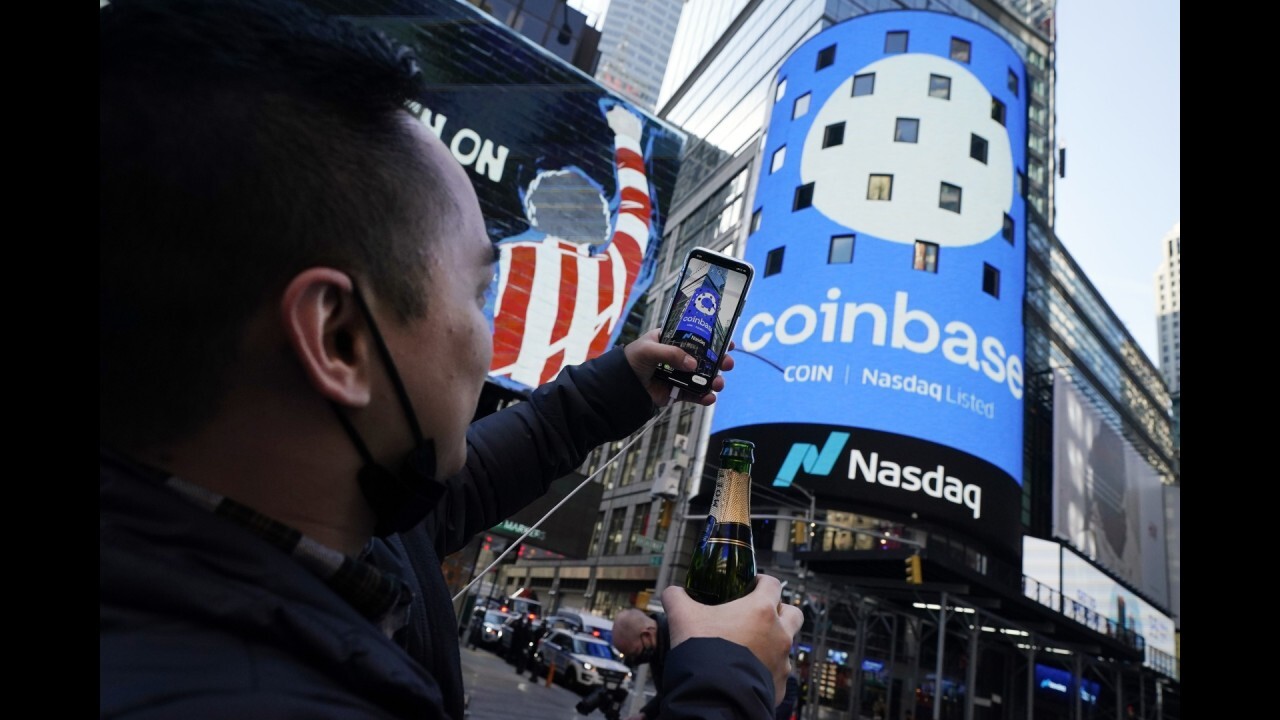 How far away is nationwide cryptocurrency adoption?

Dogecoin, a cryptocurrency that began as a joke in 2013 and is based on a popular meme, has seen a more than 500% price surge over the past week, according to Friday data from CoinMarketCap.com.

The cryptocurrency's market value is currently listed at nearly $50 billion and is now a top-five cryptocurrency, CoinMarketCap data shows. Individual Dogecoins are worth $0.3671 per unit compared to Bitcoin's $61,831.78.

Billy Markus, one of the co-founders of the joke cryptocurrency and who goes by the name "Shibetoshi Nakamoto" on Twitter, said Friday that he was able to "fully pay off" his mother's "home equity loan" and thanked his followers.

"Called mom. Told her I was able to fully pay off her home equity loan. Lots of tears," he tweeted. "That was such a weight, for so long. One step closer to feeling like she can live independently. This is all thanks to you guys. I don’t even know what to say, it’s beyond words. Thank you."

He continued: "The truth sounds bonkers...'I was able to do so from gifts of the internet dogs money I invented, as well as selling related Tweets, drawings and screenshots, with everything coming from unbelievably kind strangers,'" referencing his effort to sell an NTF – a form of digital artwork – of the first version of Dogecoin to ever exist for more than $21,000, according to another tweet.

"Dogecoin will continue to trade up as internet celebrities, such as Elon Musk, tweet about it," Adam Lowe, founder of tech company Arculus, told Fox Business in  a statement.

But celeb recognition isn't the only reason the cryptocurrency's value is skyrocketing.

Similar to a trading frenzy that occurred in late January when a group of traders on the speculative investing Reddit forum WallStreetBets banded together to squeeze the Gamestop's short-sellers and cause its share price to soar, users on a Reddit forum called SatoshiStreetBets helped prompt Friday's Dogecoin surge.

Reddit moderators removed another post on a Dogecoin-specific forum showing a user's investment balance of more than $1 million. The user claimed he bought "4 million dogecoins at about [$0.04]" in February.

Bitcoin also soared to a new record-high value of $63,200 on Tuesday, leading some investors to voice concerns about a cryptocurrency bubble.

"Most crypto investors are not concerned about a bubble for BTC [Bitcoin], barring major regulatory changes that are not currently anticipated," Lowe said. "Many people, including major investment banks, have significantly higher price targets for BTC than its current trading price."

He added that "like any meme asset, Dogecoin is highly volatile and is most likely in a bubble, although it’s anyone’s guess when it will pop."

Charles Hoskinson, founder of cryptocurrencies Cardano and Ethereum, said in a video posted to Twitter on Friday that Musk's efforts to bring attention to Dogecoin, as well as "market manipulation by clever whales," has led Dogecoin to "become a haven for new entrance into the cryptocurrency space."