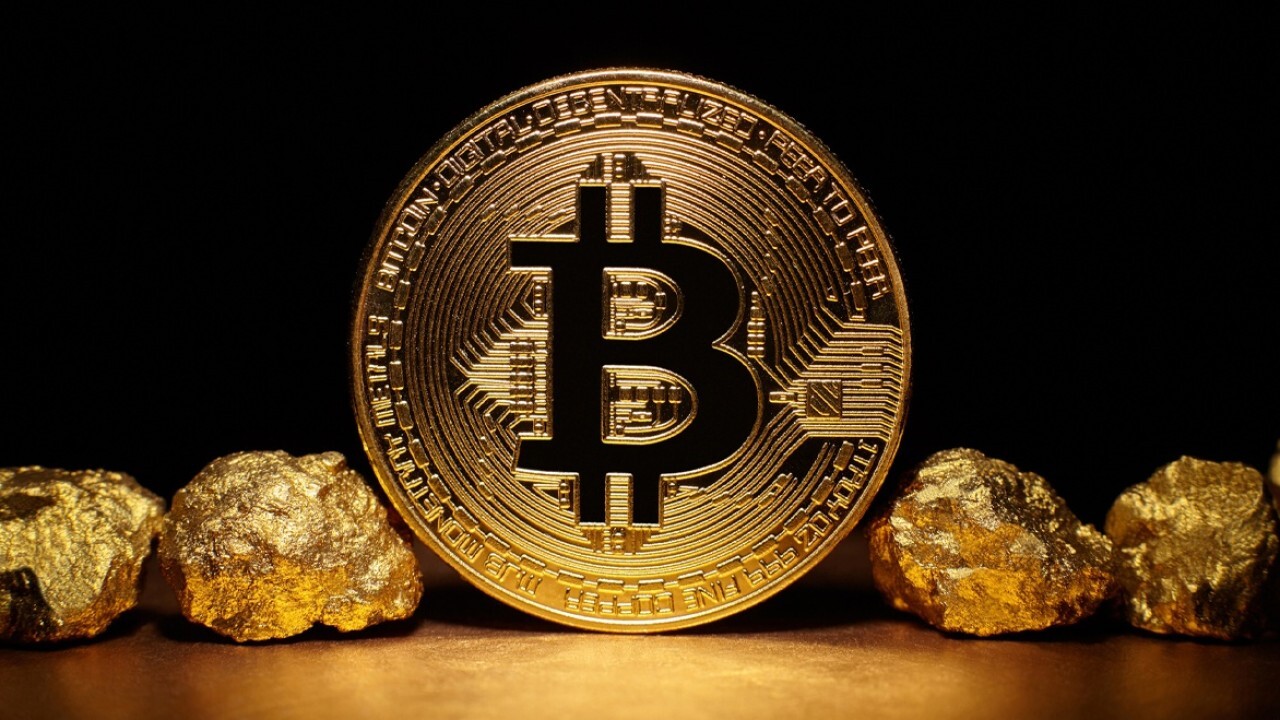 Bitcoin is a 'great' hedge against inflation due to its limited supply: Investment strategist

Strategic Wealth Partners investment strategist Luke Lloyd on his outlook for the market amid the coronavirus pandemic and inflation concerns.

Bitcoin, the world's most valuable cryptocurrency, reached a new high of more than $48,000 for the second time this week on Wednesday as major tech and financial companies eye virtual currencies.

Returns for the decentralized cryptocurrency, which sat at more than $47,000 at the time of publication, were up more than 5% in 24 hours Thursday and more than 60% year-to-date, according to blockchain and cryptocurrency news website Coindesk.

"It is demonstrating a further normalization of cryptocurrencies as a real asset class," Stephen Mathai-Davis, co-founder and CEO of investor strategy company Q.ai, told Fox Business. "The rise of interest from [high-net-worth individuals] and family offices in obtaining exposure to digital assets suggest is becoming a more legitimate investment allocation."

He added that the "recent run in Bitcoin (BTC) will only accelerate" the process of normalizing cryptocurrencies because "a lot of potential portfolio return/alpha was left on the table."

Tesla said in a Monday SEC filing that the company had invested $1.5 billion in bitcoin and would start accepting it as a form of payment, and the company's founder, Elon Musk, added #bitcoin to his Twitter bio on Feb. 5 as the coin's price surged by about 20%.

"I do at this point think bitcoin is a good thing, and I am a supporter of bitcoin,"  Musk said during a live-streamed interview on the popular audio chat app Clubhouse on Sunday. "Many friends of mine have tried to convince me to get involved in bitcoin for a long time."

Michael Stark, market analyst at digital online trading website Exness, told FOX Business in a statement that while Tesla's decision to buy the cryptocurrency "might look like a bubble investing in a bubble, but realistically very many assets could be said to be in bubbles.

"That said, $1.5 billion in bitcoin isn't as big an amount as it looks. It's only about 0.2% of the cryptocurrency's market capitalization at the moment," he said. "Regardless of what talismanic business leaders might or might not do, bitcoin is probably going to continue upward sooner or later."

BNY Mellon, the oldest bank in the U.S., announced Thursday that it will be the first global bank to create a "digital assets" service later in 2021.

WHAT IS CLUBHOUSE, THE INVITE-ONLY SOCIAL MEDIA APP USED BY ELON MUSK, BLOCKED IN CHINA?

"BNY Mellon is proud to be the first global bank to announce plans to provide an integrated service for digital assets," Roman Regelman, CEO of asset servicing and head of digital at BNY Mellon, said in a Thursday statement.

He continued: "Growing client demand for digital assets, maturity of advanced solutions, and improving regulatory clarity present a tremendous opportunity for us to extend our current service offerings to this emerging field. Pending further evaluations and approvals, we expect to begin offering these innovative and industry-shaping capabilities later this year."

Mastercard also announced on Wednesday that it would start supporting certain cryptocurrencies later this year.

"We are preparing right now for the future of crypto and payments, announcing that this year Mastercard will start supporting select cryptocurrencies directly on our network," the company said in a blog post. "This is a big change that will require a lot of work. We will be very thoughtful about which assets we support based on our principles for digital currencies, which focus on consumer protections and compliance."

Twitter Chief Financial Officer Ned Segal told CNBC's "Squawk Box" on Wednesday that the company is considering paying employees in cryptocurrencies if they prefer that form of payment.

He added that the idea is something Twitter continues to "study and look at," but the company hasn't "made any changes yet." Twitter told FOX Business it had nothing more to add at this time.

"We believe that bitcoin has the potential to be a more ubiquitous currency in the future," Square Chief Financial Officer Amrita Ahuja said in a statement at the time. "As it grows in adoption, we intend to learn and participate in a disciplined way. For a company that is building products based on a more inclusive future, this investment is a step on that journey."

A Monday report from RBC Capital Markets found that Apple has a "clear opportunity" to offer a service for users to buy and sell cryptocurrencies.

"Apple's install base is 1.5 billion, and even if we assume only 200 million users would transact, this is 6.66x larger than Square," the report said. "Therefore, the potential revenue opportunity would be in excess of $40 billion a year (15% incremental top-line opportunity)."

A number of celebrities ranging from Musk to billionaire investor Mark Cuban to rapper Snoop Dogg have recently weighed in on cryptocurrency trading, bringing attention to the unconventional asset.

"Influencer-driven investing is a powerful driver of crypto markets," Mathai-Davis said. "Until traditional investment asset classes like stocks, we have seen large influences from social and news sentiment factors on price discovery in crypto markets."

He added that "social trading is a growing phenomenon across the board with millennial investors" and "even more pronounced in digital assets where the flow of information is limited and opaque."

"As a result, the 'influence' of major influencer investors is even more prevalent," Mathai-Davis said.