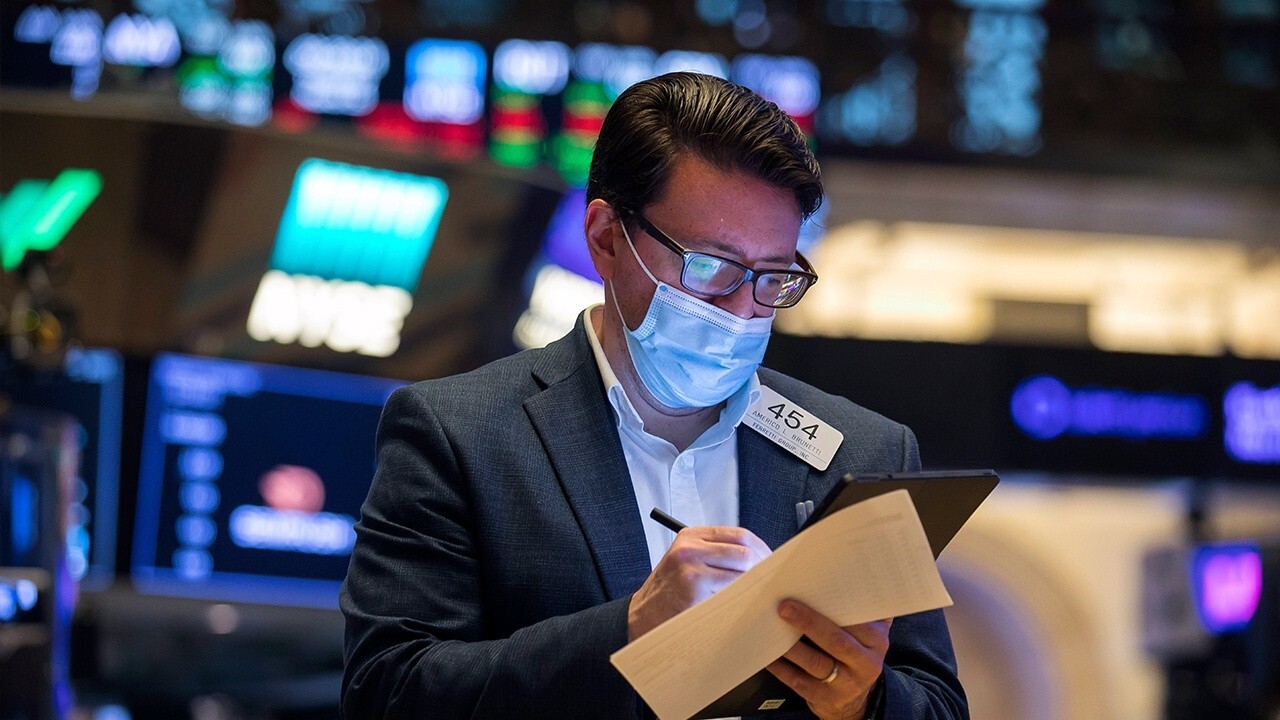 How will markets react to Biden infrastructure plan details?

President Biden and first lady Jill Biden on Friday are traveling to the 30th Street Station in Philadelphia to celebrate Amtrak's 50th anniversary.

The president is announcing $80 billion in funding for Amtrack Friday in an effort to address the railway service's backlog repair and modernize the Northeast Corridor (NEC), the line that connects Washington and New York City, as well as Biden's hometown of Wilmington, Delaware.

The $80 billion in funding comes as part of his $2.3 trillion jobs and infrastructure plan.

"As I've said from the beginning, when I think about fighting climate change, I think about jobs and rail and, hopefully, the expansion of rail provides good union jobs — good-paying jobs — but also connects people to jobs and economic opportunities that can be reached from wherever you live," Biden said in a Friday speech.

As a U.S. senator, Biden was a fixture on Amtrak trains between his home in Wilmington, Delaware, and Washington, D.C., when the Senate was in session. He continued riding Amtrak as vice president. He has sometimes been referred to as "Amtrak Joe."

The president wwas introduced by a conductor who worked the route when Biden was a regular passenger, while the next generation of Amtrak’s high-speed Acela train, scheduled to enter service next year, will be on display.

"He knew just about everybody that worked in the station and the conductors and other people and Amtrak folks who were on the train for those many, many years that he rode the rail," Amtrak CEO Bill Flynn said of Biden to The Associated Press.

Amtrak is proposing up to 30 new routes, as well as extensions on up to 20 existing routes and daily trips in 15 more states by 2035.

"President Biden’s infrastructure plan is what this nation has been waiting for. Amtrak must rebuild and improve the Northeast Corridor and our National Network and expand our service to more of America," Flynn said in an April statement when the proposal was first announced. "The NEC’s many major tunnels and bridges – most of which are over a century old – must be replaced and upgraded to avoid devastating consequences for our transportation network and the country."

Amtrack also has "a bold vision to bring energy-efficient, world-class intercity rail service to up to 160 new communities across the nation, as we also invest in our fleet and stations across the U.S.," Flynn said, adding that the federal investment will create new jobs and "improve equity across cities, regions, and the entire country."

The passenger railroad service also plans to carry "20 million more passengers than the 35 million served" in the Fiscal Year 2019 and 160 total communities, according to a fact sheet.

Amtrak plans to bring service to Las Vegas, Nashville, Columbus and Phoenix and expand service in Houston, Atlanta and Cincinnati.

In its fact sheet, the railroad outlines what it needs "from Congress," noting that around the world, other governments have provided "significant funding" in order to support "passenger rail."Increased funding will support "new and improved corridor routes."

But beyond money, the service also needs what it calls "Fair Access" to freight rail lines to determine "capacity improvements."

In addition, Amtrak seeks new "enforcement tools" that give its passenger rail service priority over freight "to ensure our riders arrive on time."

But while the president's $80 billion in funding for Amtrak represents a significant investment, the money would not go far in terms of funding high-speed rail. Amtrak has estimated that it has a $31 billion repair backlog for its trains in the Northeast Corridor alone, and transportation analysts say adding new lines in that region could easily use up the funds that remain.

"We've worked hard to keep Amtrak running at the height of the pandemic because we weren't traveling," Biden said Friday. "Amtrak furloughed 1,001,200 employees, and we were able to provide emergency relief to keep rail servers running, and we've now brought back 1,200 union workers who had been furloughed. And by the way, you get a union wage, not $15 an hour — a prevailing wage."

Ridership is returning to pre-covid levels, including reservations for summer travel, Flynn said. He attributed the rebound to the availability of COViD-19 vaccines and people’s desire to travel.

Fox Business' Megan Henney and The Associated Press contributed to this report.