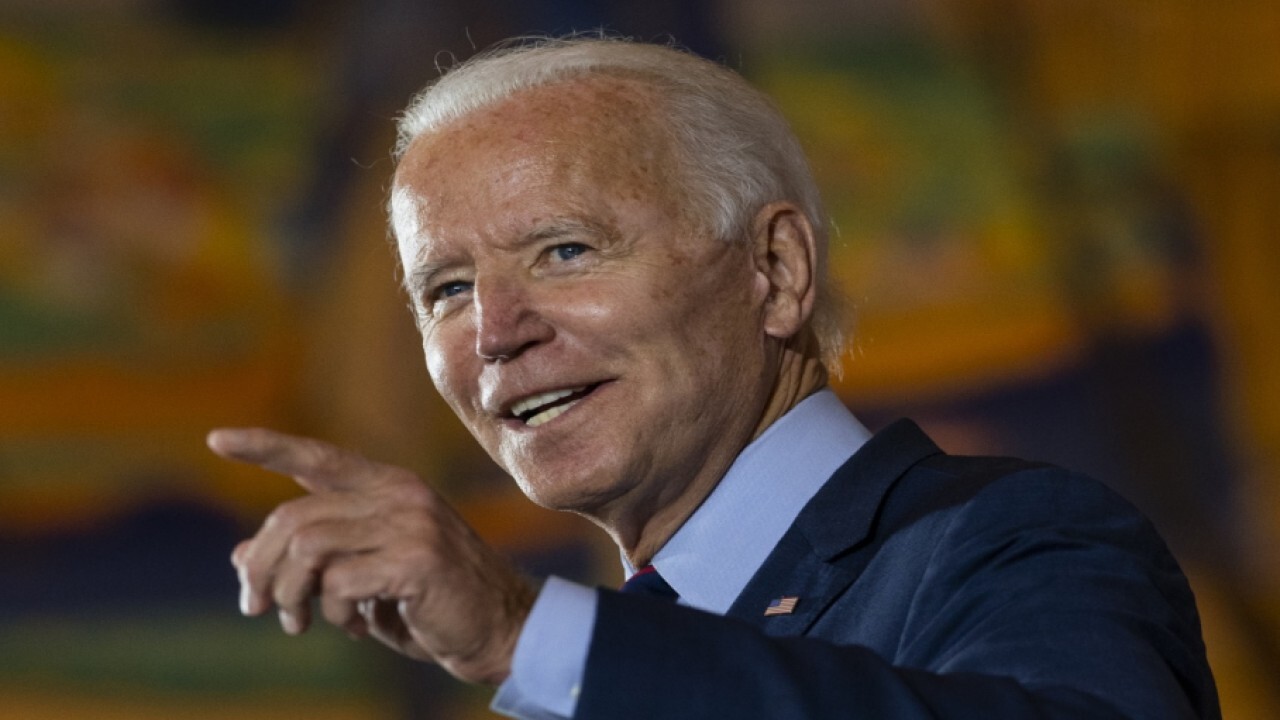 Biden coming into office with 'heavy loads on his back': Karl Rove

Former Deputy Chief of Staff to President George W. Bush Karl Rove weighs in on what Joe Biden can get done as president with executive orders.

Following the official swearing in of President Joe Biden and Vice President Kamala Harris on Wednesday, Amazon issued a tweet offering its support to help the new administration tackle challenges from COVID-19 to climate change.

Amazon's chief executive officer of its worldwide consumer business, Dave Clark, said in a letter to the president that the company is ready to assist the Biden administration in its goal of vaccinating 100 million Americans within 100 days.

"We are prepared to move quickly once vaccines are available," Clark said. "Additionally, we are prepared to leverage our operations, information technology, and communications capabilities and expertise to assist your administration's vaccination efforts. Our scale allows us to make a meaningful impact immediately in the fight against COVID-19, and we stand ready to assist you in this effort."

Clark noted that the nation's second largest employer has an agreement in place with a licensed third-party occupational health care provider to administer vaccines on site at its facilities.

In addition, he urged that Amazon's more than 800,000 employees, most of whom are essential workers who can't work from home, should receive the COVID19 vaccine at "the earliest appropriate time" and that the company would "assist them in that effort."

According to the latest data from the U.S. Centers for Disease Control and Prevention, over 35 million COVID-19 vaccine doses have been distributed and more than 16.5 million have been administered as of Wednesday.

As for its efforts against climate change, the company previously announced a $2 billion initiative called "The Climate Pledge" in June, which is aimed at helping Amazon and other companies reach a goal of "net zero" carbon emissions by 2040 through investments in clean energy technology.

Amazon has also ramped up its hiring efforts last year, employing more than 400,000 people globally from January to November 2020, amounting to more than 1,000 new hires per day. The 400,000 hires do not include an additional 100,000 seasonal workers the company added before the start of the holidays, boosting that number to 1,400 new hires per day.

On Day 1, President Biden plans to sign a series of executive actions related to tackling COVID-19 and climate change, including a 100 day mask requirement for federal buildings, airlines, trains and interstate transit system, rejoining the Paris Climate agreement and the World Health Organization, hiring COVID-19 response coordinators including the Obama-era Directorate for Global Health Security and Biodefense, revoking a permit for the Keystone XL pipeline, reimposing a moratorium of coal leasing on federal lands, tightening fracking regulations on public lands, directing federal agencies to revise energy standards, and reinstating the Interagency Working Group on the Social Cost of Greenhouse Gases.

Biden will also extend moratoriums on evictions and foreclosures until at least March 31 and place a pause on student loans until at least September 30 on his first day in office in an effort to provide economic relief.

He has also promised to work with Congress to pass another massive coronavirus relief package, which would include $20 billion to accelerate vaccine distribution, a $15-an-hour minimum wage increase, an extension of supplemental unemployment benefits through the end of September, a one-time $1,400 stimulus check and a temporary expansion of the Earned Income Tax Credit and Child Tax Credit.

In addition, Biden will sign executive actions on immigration, including reversing a Trump plan to exclude noncitizens from the census count as well as Trump's travel ban for several Muslim-majority countries, calling on Congress to grant a path to citizenship for dreamers, ending the national emergency declaration for the U.S.-Mexico border wall, undoing Trump's expansion of immigration enforcement, and continuing protections for Liberians in the United States.

Other executive actions Biden will take on his first day include developing regulatory review recommendations to undo Trump's regulatory approval process, requiring Biden administration appointees to take an ethics pledge barring them from acting in their own personal interest and requiring them to uphold the independence of the Department of Justice, ending Trump's 1776 commission and introducing new laws related to race, gender and sexual orientation equity.