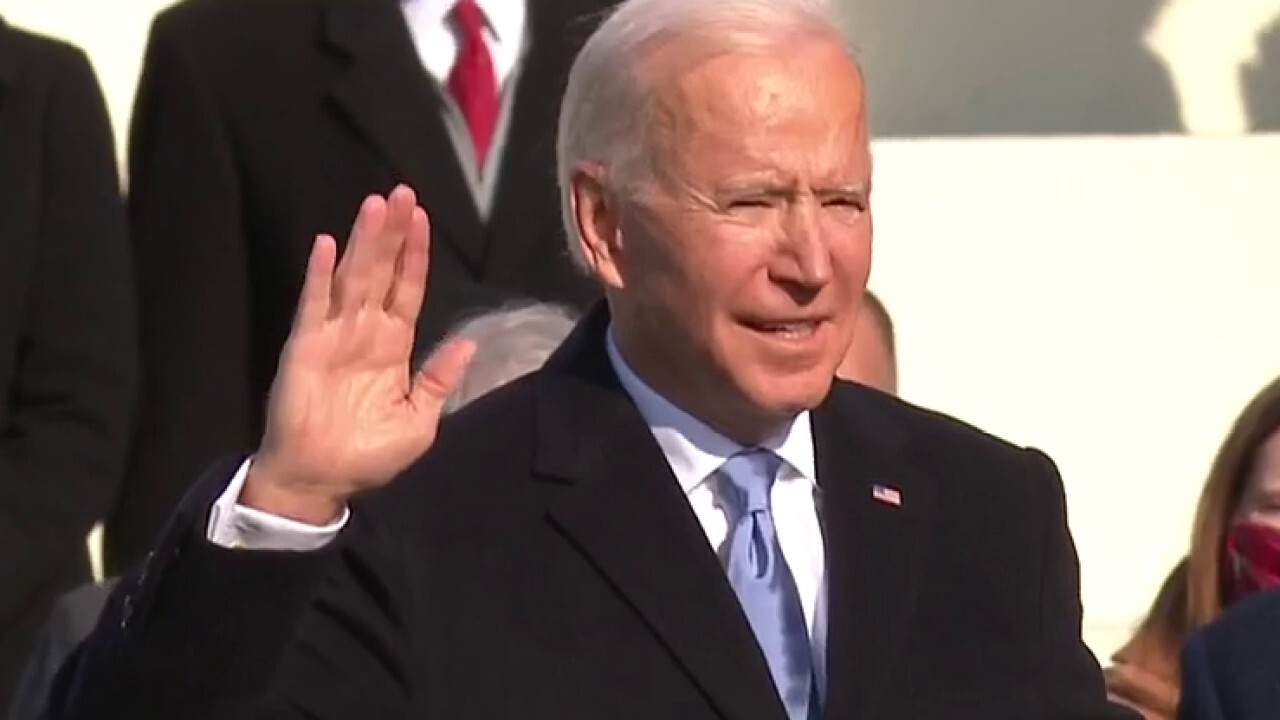 Joe Biden sworn in as 46th president of the United States

President Biden plans to sign a pair of executive orders on Wednesday just hours after his inauguration extending an eviction moratorium and forbearance on student loans as part of a relief effort for Americans still reeling from the coronavirus pandemic.

"We're at a very critical and precarious moment for our economy," Brian Deese, Biden's pick to direct the National Economic Council, told reporters on Tuesday.

The newly sworn-in president extended a freeze on student loan payments through Sept. 30, 2021. The Department of Education announced in March that borrowers wouldn't have to pay their student loan bills or worry about interest for 60 days -- an order that's been repeatedly extended. It was poised to expire at the end of January.

About 41 million Americans will continue to benefit from the federal government’s pause of student loan payments.

Biden pledged to cancel billions of dollars in student loan debt during his campaign, and has indicated that he will ask Congress to immediately cancel $10,000 in student debt for all borrowers — a move that will likely draw criticism from both Republicans who are wary about the nation's ballooning deficit and progressive Democrats who want the president to move further left on the issue.

Sens. Chuck Schumer, D-N.Y., and Elizabeth Warren, D-Mass., as well as Reps. Alexandria Ocasio-Cortez, D-N.Y., and Ayanna Pressley, D-Mass., have urged Biden to use an executive order to cancel $50,000 of outstanding federal student loans per borrower.

But Biden has said it's "arguable" whether the president has the power to forgive $50,000 in student debt without the approval of Congress.

“I’m going to get in trouble for saying this, [but] it’s arguable that the president may have the executive power to forgive up to $50,000 in student debt,” Biden told The Washington Post in December. “Well, I think that’s pretty questionable. I’m unsure of that. I’d be unlikely to do that.”

Under legislation endorsed by Biden, economically distressed borrowers would immediately have $10,000 in student debt forgiven. The government would also cover monthly loan payments for people with private student loans until September 2021 and forgive $10,000 of their debt.

Biden will also call on the Centers for Disease Control and Prevention to extend an eviction moratorium that's set to lapse on Jan. 31 through February.

There are some 110 million Americans living in rental households; up to 23 million renters – or 20% – are at risk of eviction when the moratorium expires, according to an analysis by the COVID-19 Eviction Defense Project.