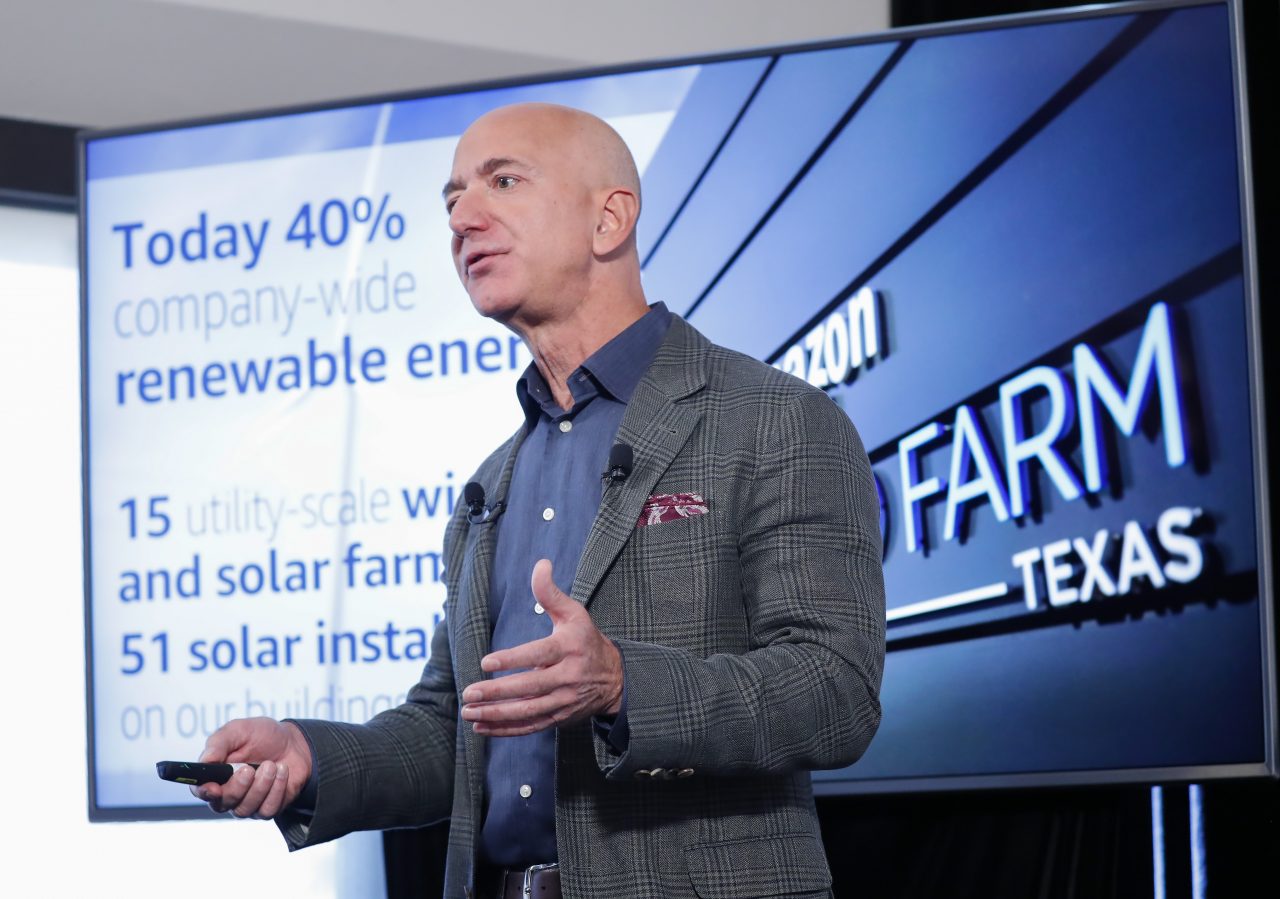 Amazon.com Inc. is launching a $2 billion internal venture-capital fund focused on technology investments to reduce the impact of climate change, the latest sustainability initiative from the technology giant after criticism of its environmental record.

The new fund, which will be called The Climate Pledge Fund, will invest in companies across a number of industries, including transportation, energy generation, battery storage, manufacturing and food and agriculture, according to the company. The aim is to help Amazon and other companies reach a goal of "net zero" carbon emissions by 2040. Amazon and a number of other companies are seeking to reduce the climate impact of their operations, both through reduced use of fossil fuels and investments in projects such as reforestation.

"Companies from around the world of all sizes and stages will be considered, from pre-product startups to well-established enterprises," Amazon Chief Executive Jeff Bezos said in a statement. "Each prospective investment will be judged on its potential to accelerate the path to zero carbon and help protect the planet for future generations."

Amazon didn't provide a time horizon for the $2 billion, which it described as "initial funding" that could grow over time. With the fund, Amazon would become a significant corporate player in new energy investing, which has risen significantly in the last decade.

Global venture capital and private-equity investments in clean energy reached $10.5 billion in 2019, up 6% from the previous year and the highest since 2010, according to BloombergNEF. Investments in new energy ventures and climate change mitigation strategies come from a variety of sources, including traditional venture capitalists, billionaires, governments and companies in energy, automobile and technology industries.

The trillion-dollar Seattle-based company has come under pressure in recent years for its toll on the environment from delivering millions of packages to its customers each year. Last year, a group called Amazon Employees for Climate Justice wrote an open letter, signed by thousands of employees, urging the company to commit to a deadline to secure 100% of its electricity from renewable sources.

Amazon last year co-founded an initiative called "The Climate Pledge," which is a commitment to reach carbon-reduction goals set in the Paris Climate Agreement and be carbon-neutral by 2040, or a decade early. Verizon Communications Inc., Reckitt Benckiser Group PLC and Infosys Ltd. also recently signed the pledge. The new fund will "support the development of sustainable and decarbonizing technologies and services that will enable Amazon and other companies to meet The Climate Pledge," according to a memo from Amazon.

Under pressure from climate-conscious investors, a number of major corporations have set targets to reduce their emissions in an effort to align their business operations with the Paris accord. In February, BP PLC pledged to reach net-zero emissions by 2050, although the company didn't spell out exactly how it would reach that goal.

Amazon is no stranger to investing in companies with interesting technology. In 2015, it launched the Alexa Fund, a venture capital arm focused on making investments in startups focused on voice technology, with an initial investment of $100 million.

Amazon led a $700 million financing round in the electric-vehicle startup Rivian last year and later announced plans to buy 100,000 of its electric-delivery vehicles in an effort to reduce carbon emissions. The first of those vehicles will be on the road by 2021.

Amazon expects its facilities to be 100%-powered using renewable energy by 2025, helped in part by the development of large-scale wind and solar projects. The new target is five years ahead of schedule from the company's original timeline.

In addition to Amazon's work, Mr. Bezos has pledged $10 billion of his personal fortune to start the Bezos Earth Fund to fight climate change. He said on Instagram in February that he would start issuing grants in the summer and that the fund would back scientists, activists and efforts "to help preserve and protect the natural world."

He joins other billionaires in funding climate initiatives, including Microsoft co-founder Bill Gates and former natural-gas trader John Arnold. Mr. Gates and Mr. Arnold co-chair Breakthrough Energy Ventures, a $1 billion fund that aims to invest in promising and experimental energy technologies. Mr. Bezos is a board member and investor in that fund as well.