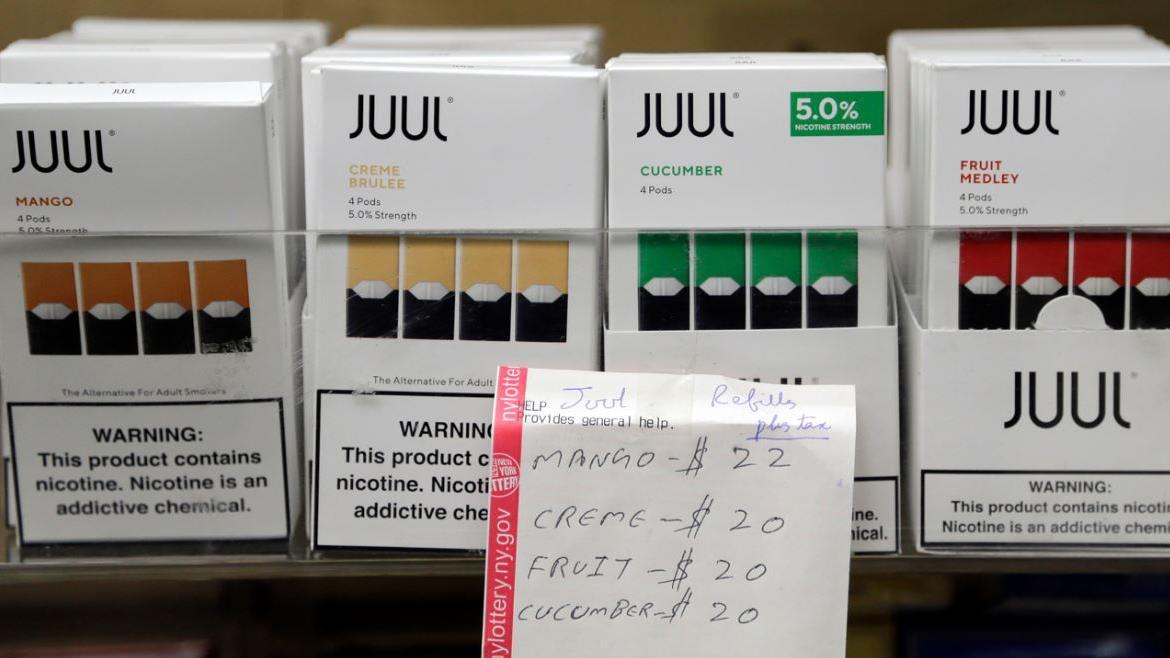 Altria Group said on Thursday that it is writing down its investment in e-cigarette giant Juul by about one-third following the Trump administration's interest in cracking down on vaping.

Virginia-based tobacco company Altria said it recorded a pre-tax charge of $4.5 billion during the third-quarter related to its Juul investment.

"While there was no single determinative event or factor, Altria considered impairment indicators in totality, including: increased likelihood of U.S. Food & Drug Administration (FDA) action to remove flavored e-vapor products from the market pending a market authorization decision, various e-vapor bans put in place by certain cities and states in the U.S. and in certain international markets, and other factors," the company said in a statement on Thursday.

The tie-up represented a major reordering of the cigarette industry, which is being roiled by technological innovation and new government regulations. Juul is the dominant e-cigarette player with vaporizers resembling USB sticks and refill pods containing nicotine-laced liquid.

Former Juul CEO Kevin Burns resigned in September. His announcement came two weeks after the administration moved to ban flavored e-cigarettes from the market. The White House has blamed flavored e-cigarettes for the "surging" use of the products among teens and young adults. A recent study found nearly one in 10 eighth graders vape.