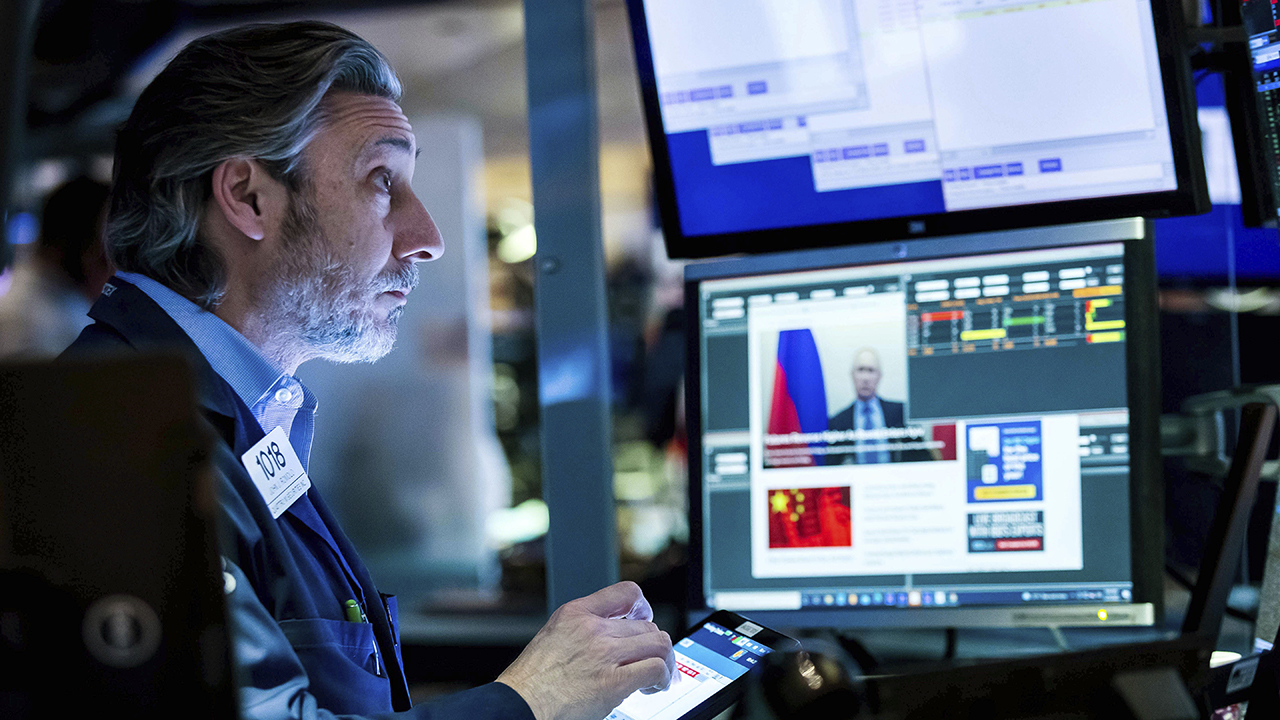 MARKETS
Shell is pulling out of Russia, dumping Gazprom deal
Shell's CEO explained the move in an emotional statement.

Shell CEO, in an emotional statement, explains the bold move the oil giant is taking. 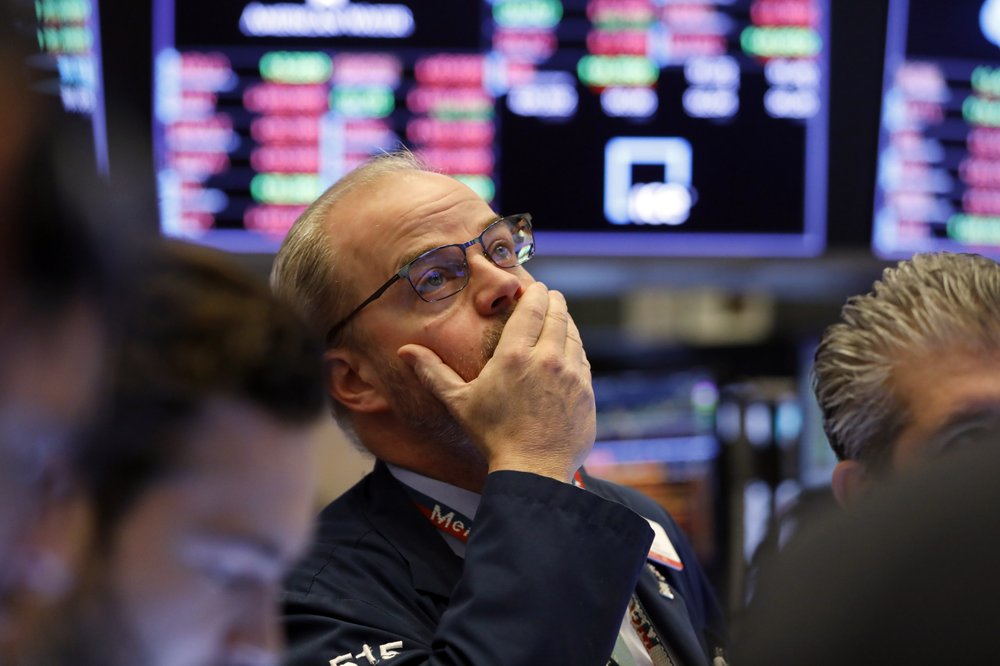 MARKETS
NYSE, Nasdaq halt trading of Russia-based companies
The New York Stock Exchange and Nasdaq are toughening up on Russian companies that trade in the U.S.

Icahn is warning that geopolitical events between Russia and Ukraine may complicate America's inflation problem...

The risk of a Russian debt default is at a record high following major sanctions by the West.

The cost to insure Russia’s 5-year government debt surged today to a high of 1,321 basis points today. That means it now costs $1.32 million per year for five years to insure $10 million of Russian debt. That’s up sharply from around $120 thousand at the start of the year. 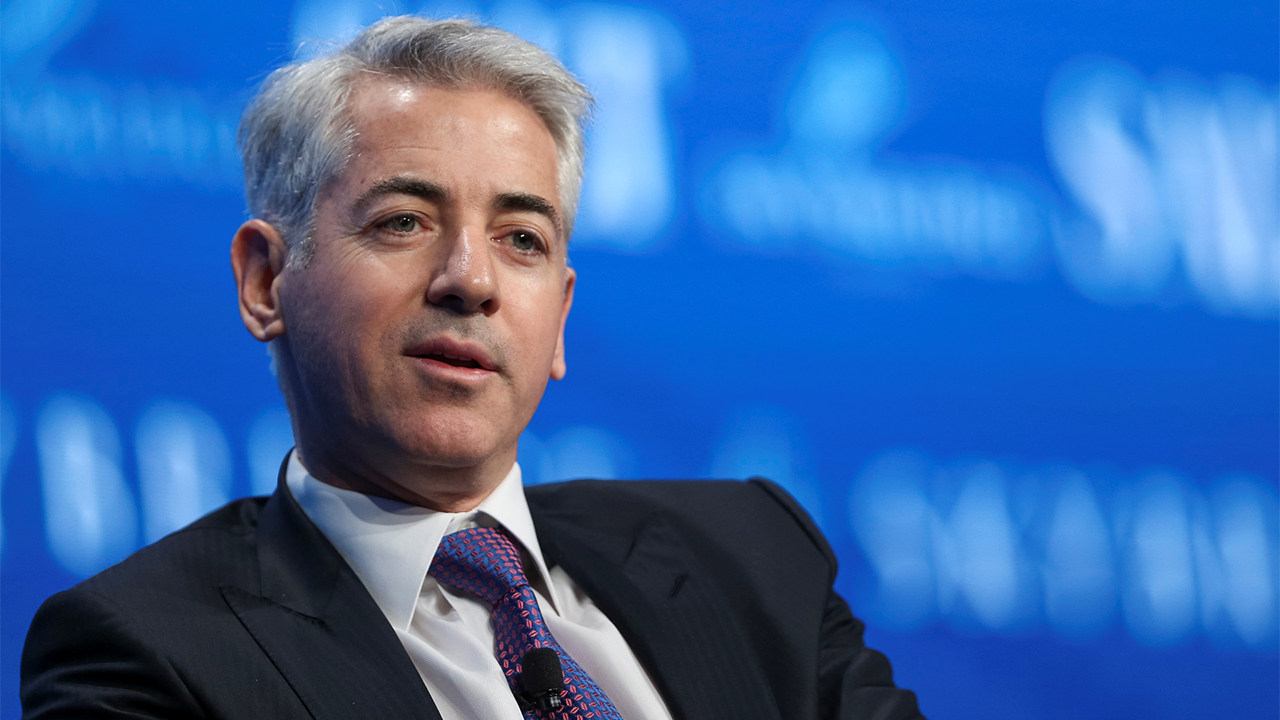 BUSINESS-LEADERS
Bill Ackman says US needs be ready to do more in Russia, Ukraine conflict
Bill Ackman is urging the Biden administration to be prepared to take action beyond economic sanctions if the conflict between Russia and Ukraine does not resolve itself.

Stocks whipsawed in another volatile session...

The Nasdaq gave up modest gains as U.S. stocks took a leg lower in afternoon trading

Moscow extended the closing of its stock exchange beyond one day. Russian related stocks and ETFs tanked.

In its biggest deal ever, TD Bank is buying First Horizon...

"First Horizon is a great bank and a terrific strategic fit for TD. It provides TD with immediate presence and scale in highly attractive adjacent markets in the U.S. with significant opportunity for future growth across the Southeast," said Bharat Masrani, Group President and Chief Executive Officer, TD. "Working with the First Horizon team, TD will build upon the success of its strong franchise and deliver the legendary customer experiences that differentiate us in every market across our footprint" said Masrani in the deal announcement.

Defense stocks jumped in part due to Germany's announcement to boost defense spending.

Stocks down across the board in early trading...

Economists are growing more worried about rising inflation and Federal Reserve that may have missed the mark...

US lowers the boom on Russia's Central Bank

A trader works on the floor of the New York Stock Exchange.

Dow Jones Industrial Average futures were down nearly 500 points early Monday morning as the situation in Ukraine continues to grow more grave and reports Belarus may join the fighting and support Russian efforts to take over the country.

The end of the month usually brings a raft of economic data, but for now the conflict is eclipsing other issues.

The Russian central bank on Monday raised its key interest rate to 20% from 9.5% to counter risks of rouble depreciation and higher inflation.

The Russian central bank on Monday raised its key interest rate to 20% from 9.5% to counter risks of rouble depreciation and higher inflation.

Russia has also ordered companies to sell 80% of their foreign currency revenues, the central bank and the finance ministry said.

E.ON, Europe's largest operator of energy networks, rejected demands to shut down the Nord Stream 1 gas pipeline as part of sanctions against Russia

After the German government put the Nord Stream 2 pipeline on hold last week, Polish Prime Minister Mateusz Morawiecki on Saturday called for shutting down Nord Stream 1, which has transferred Russian gas to Germany since 2011.

E.ON, which holds a 15.5% stake in Nord Stream 1, said the project was "completely different from the ongoing discussions about the Nord Stream 2 line."

Stocks down by nearly 500 points overnight

US stocks were down nearly 500 points early Monday morning as the situation in Ukraine continues to grow more grave and reports Belarus may join the fighting and support Russian efforts to take over the country.

The end of the month usually brings a raft of economic data, but for now the conflict is eclipsing other issues.

"It’s all about the Russia-Ukraine situation and evolutions in that situation will drive market sentiment and direction," Jeffrey Halley of Oanda said in a commentary.

Cryptocurrency was trading lower early Monday morning with all of the major coins in the red.

Washington is considering a novel area for possible further sanctions against Russia: cryptocurrencies.Targeting the country's access to cryptocurrencies, such as bitcoin and ether, would take sanctions policy into uncharted territory. Blocking transactions would be challenging, since by nature private, digital currencies are designed to exist without borders and for the most part outside the government-regulated financial system.

The Biden administration is in the early stages of exploring the area, with the aim of disrupting economic activity in the country, The Wall Street Journal reported Friday, citing an administration official.

The ruble plunged nearly 30% to an all-time low versus the dollar overnight.

The ruble plunged nearly 30% to an all-time low versus the dollar around midnight Eastern Time Monday, while the euro sank after Western nations announced fresh sanctions to punish Russia for its invasion of Ukraine, including blocking some banks from the SWIFT international payments system.

The ruble plunged to a record low of less than 1 U.S. cent after Western nations moved to tighten sanctions against Russia, blocking some of its banks from the SWIFT global payments system.

Safe-haven currencies including the U.S. dollar and yen were in demand after Russian President Vladimir Putin put nuclear-armed forces on high alert on Sunday, the fourth day of the biggest assault on a European state since World War Two.