26Posts
Back to Top

U.S. stock futures retreated after Wall Street's wild ride in which all three major averages clawed back from steep losses to end with gains.

Nervous about your nest egg? Read on... 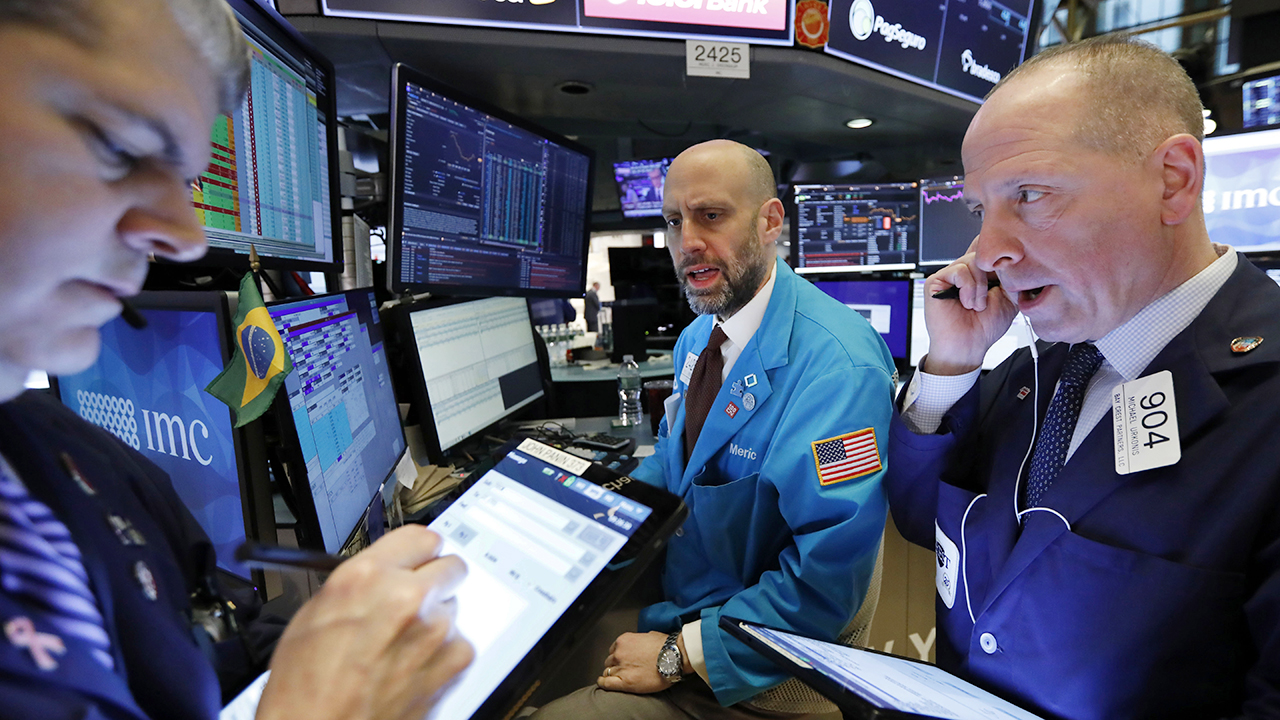 U.S. stock futures retreated after Wall Street's wild ride in which all three major averages clawed back from steep losses to end with gains.

Can US turn Russia's energy strength into its Achilles heel?

DOW in the green

The Dow Jones Industrial Average was down over 400 points, back from an 800-point deficit, while the S&P 500 fell trimmed losses to 0.4%.

The Dow and S&P are now in bear markets, off 10% from the most recent peak.

The Nasdaq Composite was firmly higher by 1% in a stunning reversal, with Microsoft Tesla and Apple heavily traded.

What is SWIFT and how could it clip Putin's financial wings?

The Society for Worldwide Interbank Financial Telecommunication (SWIFT) is the main global network that allows financial institutions to send and receive information on international bank transfers.

Cutting a nation's banks from the system can be crippling to an economy.

Biden: Russia not being booted from SWIFT at this point

President Biden was asked why he did not make any mention of Russia being cut off from the SWIFT international banking system in discussing new sanctions. The president says the new sanctions he outlined in his speech will carry "more consequences than SWIFT," adding that banning Russia from SWIFT is "not an option Europe wants to take."

President Biden delivers remarks announcing 'further consequences' the US will impose on Russia for its 'unprovoked and unjustified' attack on Ukraine.

US braces for Russian cyberattacks in wake of Ukrainian invasion

Putin speaks as he attends the G20 summit via videoconference in Moscow, Russia, Saturday, Oct. 30, 2021.

The U.S. government is on high alert for signs of Russian cyberattacks against banks and other financial institutions after Moscow launched a wide-ranging attack on Ukraine on Thursday, eliciting harsh sanctions from the international community.

The cryptocurrency market is crumbling as Russia has launched a full-scale attack on the Ukraine.

Bitcoin, the world's largest cryptocurrency, tumbled to around the $35,000 per coin level. Meanwhile, rivals Ethereum and Dogecoin fell in sympathy trading at the $2,400 and 11 cent per coin levels.

U.S. stocks plunged Thursday before curbing some of the losses as Russian President Vladimir Putin launched his along-anticipated military operation in Ukraine sending investors out of risk and into safety.

The CBOE VIX Index, the so-called, fear gauge, jumped above 30 in a sign investors are seeking out protection against a falling market...

The tech-heavy Nasdaq Composite has turned higher in volatile session...

Varney on financial fallout of Russia invading Ukraine: Your 401k has taken another big hit

FOX Business' Stuart Varney discusses the economic disruption the U.S. can face as Russia moves forward with an invasion of Ukraine.

Gold jumps to highest in a year

US stocks tumbled across the board as oil, gold moved higher.

A man walks out of Lloyd's of London's headquarters in the City of London.

Britain's biggest domestic lender Lloyds said on Thursday it was on "heightened alert" for cyberattacks from Russia as the crisis in Ukraine has worsened.

"We've been on heightened alert... internally around our cyber risk controls and we've been focused on this now for quite a while," Lloyds CEO Charlie Nunn told reporters after the bank's full-year results.

Preparation for potential cyberattacks was discussed in a meeting between the government and banking industry leaders about Russia on Wednesday, Nunn added. Lloyds has been on heightened alert for the "last couple of months", Nunn said.

A trader on the floor of the New York Stock Exchange.

The major futures indexes are suggesting a decline of more than 2.4%, or more than 800 points on the Dow.

An illustration of Bitcoins. (iStock)

In cryptocurrencies , Bitcoin traded down more than 4% around $35,000, as investors sold risky assets. Bitcoin has recently been trading in concert with the stock market due to concerns about inflation and upcoming interest rate moves by the Federal Reserve.

The U.S. economy is facing the worst labor shortage in close to a century, according to new research, raising the prospect of prolonged higher-than-usual inflation.

Goldman Sachs economists, led by Jan Hatzius, estimated that there is a shortage of 4.6 million workers in the U.S. Continue reading