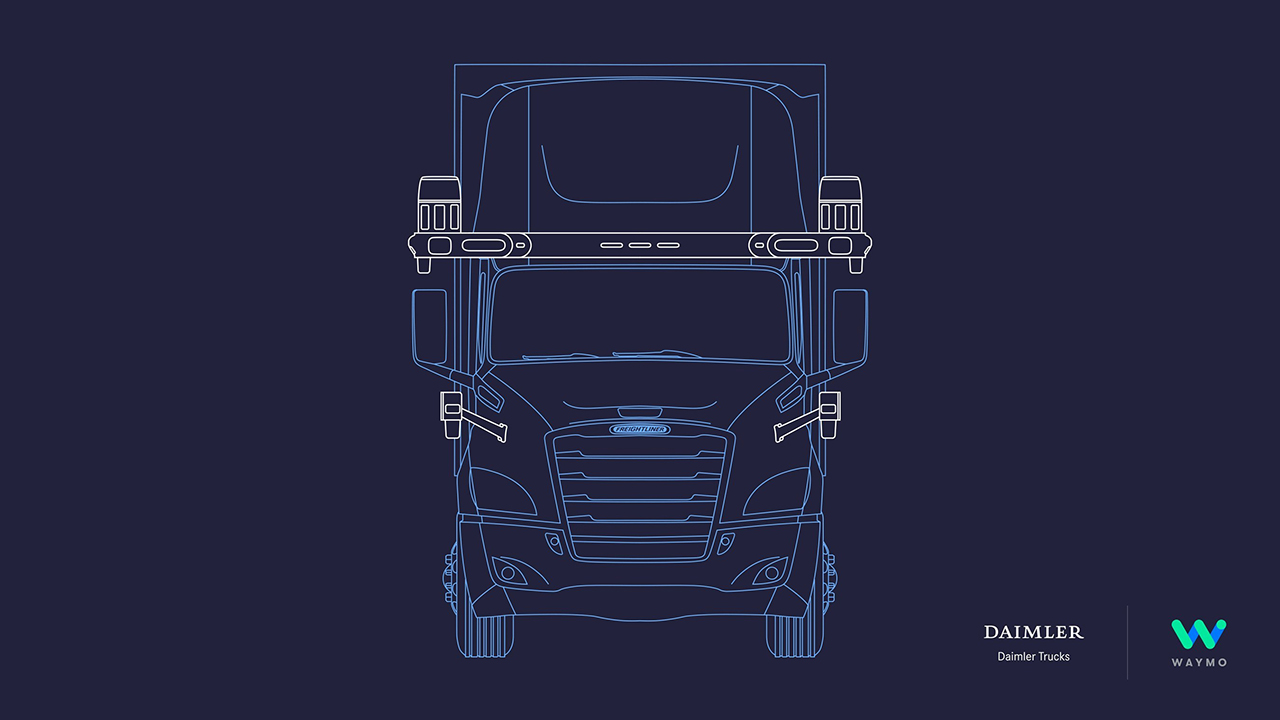 The Alphabet-owned brand will install its Waymo Driver package into Daimler-owned Freightliner Cascadia semis for evaluation, with an eye on putting the Level 4 autonomous trucks into production.

Level 4 autonomy is “capable of performing all driving functions under certain conditions” according to NHTSA, but still has controls for a driver. The short-term goal for most freight carriers exploring self-driving tech is to develop semis that can drive themselves from point to point while the driver rests or takes care of other business, but is ready to take over if a situation arises that the truck can’t handle on its own and at shipping terminals.

Waymo CEO John Krafcik tweeted: To the great engineers at #Daimler, we look forward to driving your trucks."

Daimler had previously been working on its own driverless semi, which was first demonstrated in public in 2015, while Waymo is currently testing retrofitted Peterbilts in Arizona, New Mexico and Texas.

Waymo's self-driving Peterbilts were purchased for the project. (Waymo)

Waymo is also currently developing a self-driving rideshare service in Phoenix that recently received permission to deploy cars without safety drivers for the first time.