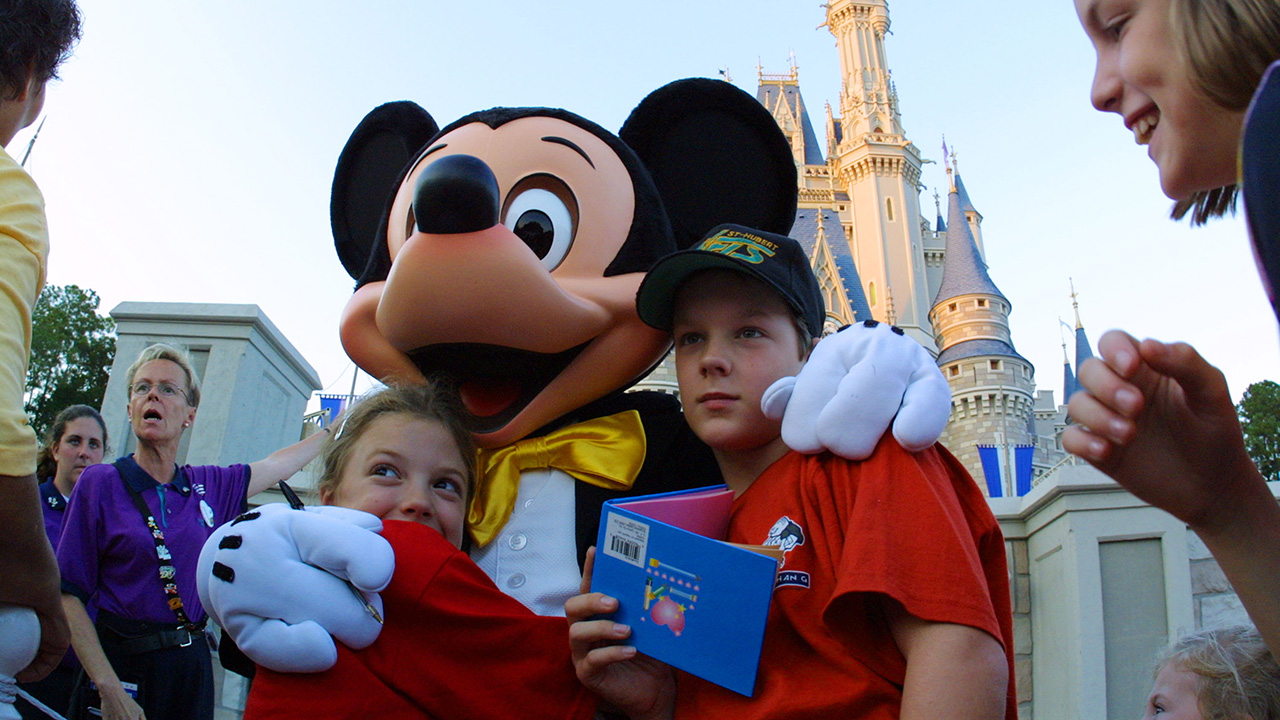 Disney's amusement parks are making their way back to normalcy.

Since the outbreak of the coronavirus pandemic, amusement parks around the world have struggled to find ways to stay operational and safe as they draw massive crowds of traveling tourists.

Disney parks shut down for a time but reopened earlier this year with safety measures in place.

On Tuesday, Disney announced via an online release that several of their live entertainment experiences would return to Walt Disney World in Orlando this fall.

Notably, among the experiences that will again be taking place are character meet-and-greets, allowing fans to interact with actors dressed in costumes as some of the studio's most popular characters.

The release did not announce when exactly the meet-and-greets would return but did explain "the environment is not right just yet for hugs and autographs," but guests will have the opportunity to have "individualized time" with the characters.

Specifically, the release made mention of the ever-popular princesses, who will return to Princess Fairytale Hall in Magic Kingdom Park, as well as Mickey and Minnie Mouse.

The Disney princesses will be among the characters to return to the park, though autographs will not be available. (Photo by David Roark/Disney Parks via Getty Images / Getty Images)

The announcement also shared that the coming weeks will see several live music acts resume in the Animal Kingdom park while Nov. 7 will mark the return of "Disney Movie Magic," a nighttime celebration of Disney's live-action films, which will now include a tribute to "Mulan."

Mickey and Minnie Mouse, as well as various princesses, will be available for 'individualized time' with guests. (Photo by Jacqueline Nell/Disneyland Resort via Getty Images / Getty Images)

Some attractions have already resumed, such as the "Let the Magic Begin" show and "the ragtime piano player at Casey’s Corner on Main Street, U.S.A."

Additionally, EPCOT is playing host to a Canadian dancing routine, an Italian-themed comedy show and a show containing Taiko drummers in the park's Japanese-themed portion.

Since reopening the parks, Walt Disney World has brought 65,000 castmembers back to work across the resort and hundreds more are being hired each week, per the release.