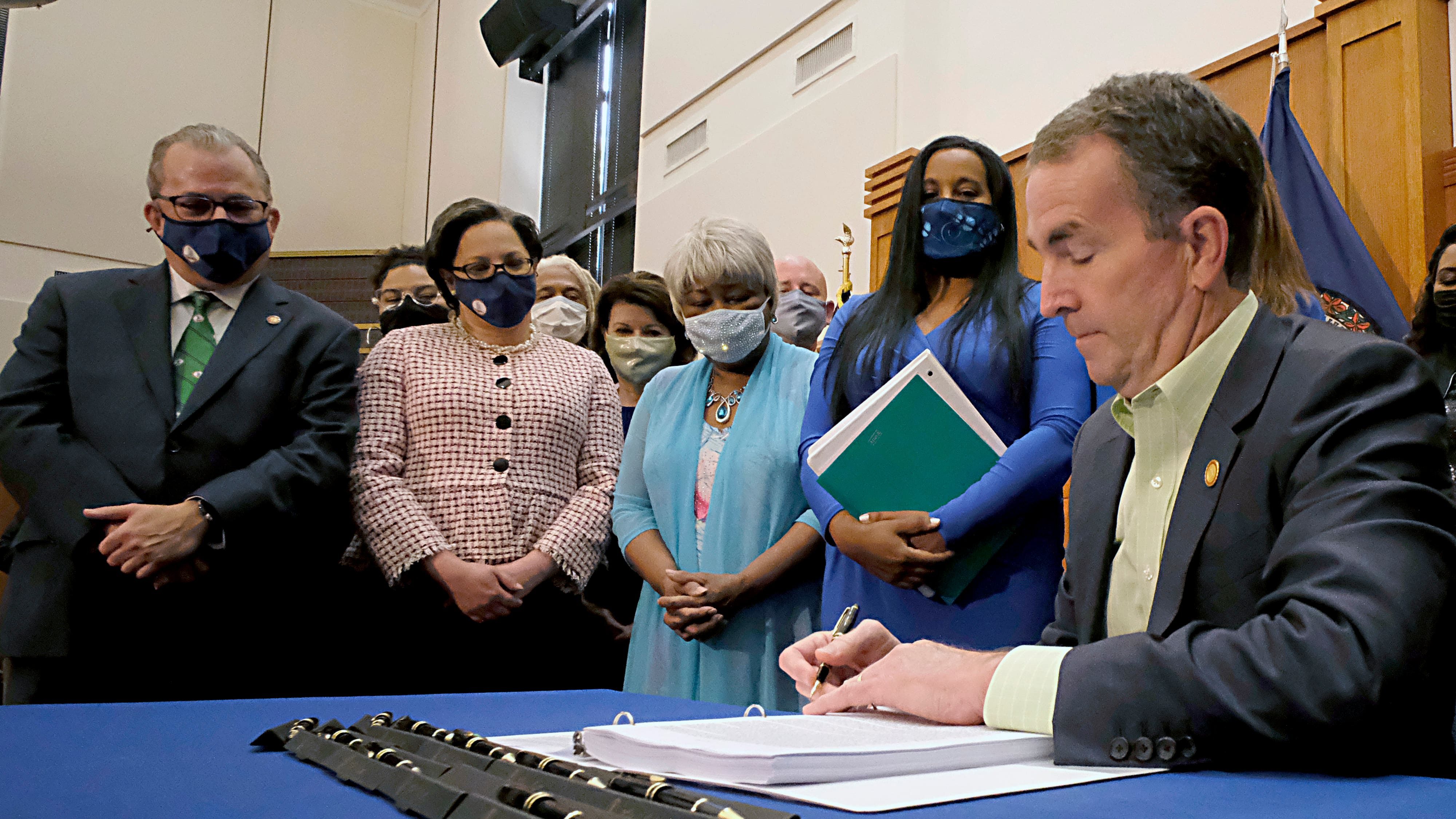 It will go into effect on July 1, making Virginia the 17th state and first in the South to legalize cannabis for adult use.

"We are moving forward in a way that promotes equity, provides a clean slate to those with prior convictions, and reinvests in the communities harmed by over-criminalization," Northam tweeted, along with a photo from the bill signing.

Northam had sent a prior version of the bill back to state lawmakers with recommended changes that included moving up the date it would go into effect by three years.

At a news conference Wednesday, the governor said Black Virginians are three times as likely as White residents to be arrested on low-level marijuana charges, despite usage being roughly equal among all races.

Virginia Gov. Ralph Northam, seated, right, puts his name to one of the marijuana legalization bills he signed at a ceremony inside the Patrick Henry Building in Richmond, Va., Wednesday, April 21, 2021. (Bob Brown/Richmond Times-Dispatch via AP)

Now anyone age 21 or older can legally possess up to an ounce of the drug, and residents are allowed to grow up to four plants. And some people convicted of lesser marijuana offenses will have their records expunged.

Smoking marijuana in public or driving under its influence will remain crimes. And selling the drug is not slated to become legal in the state until 2024.

The Democrat-backed legalization bill has received a mixed reception from Republicans, who strongly opposed the bill in the state legislature.

"As someone used to dealing with controlled substances as a distiller, whiskey has been called ‘Devil water,’ legalizing the Devil’s lettuce is a real advantage for the Commonwealth and our economy," he said Thursday.

Kim Taylor, a Republican candidate for the state House of Delegates who is building a brewery in Chesterfield, had mixed feelings on the move.

"We absolutely need to take steps in the Commonwealth for clear criminal justice reform, enabling medical marijuana use and stopping disproportionate incarceration," she said. "At the same time, I don’t feel out current legislators in Richmond have done their job analyzing the long-term social, health and economic impact of legalizing cannabis."