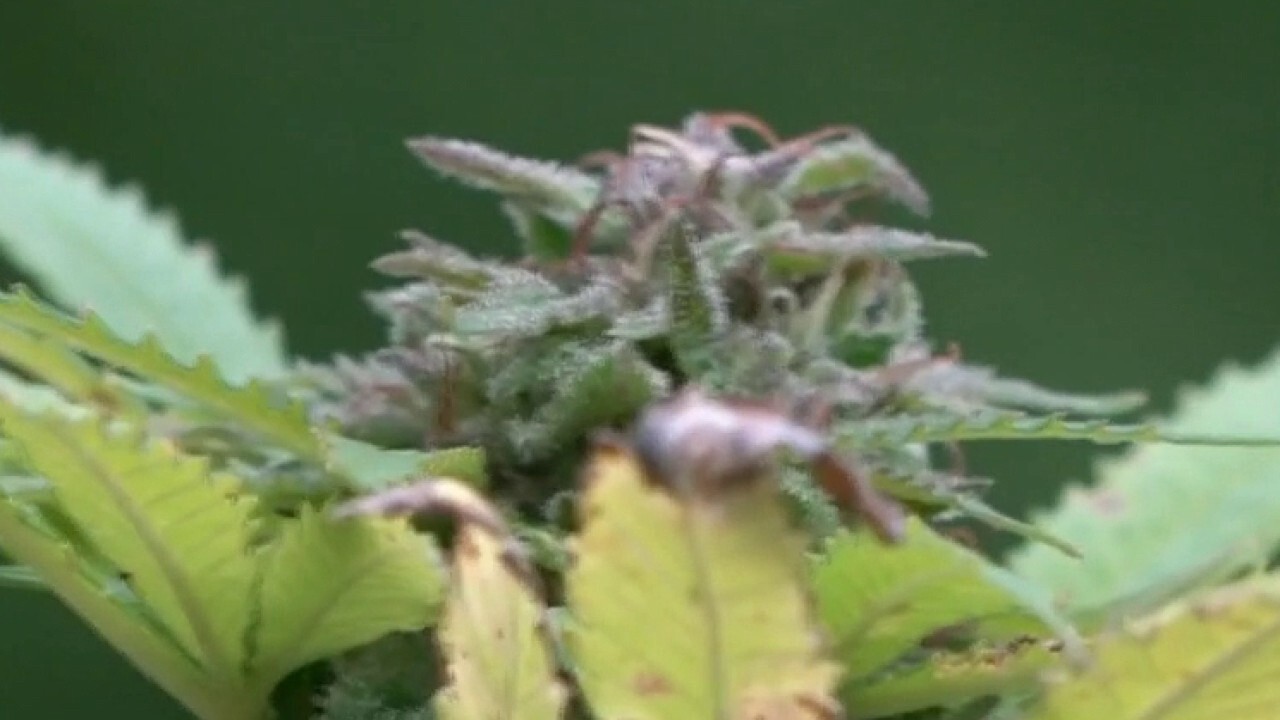 Senate Majority Leader Chuck Schumer, who has in recent years become an increasingly loud proponent of marijuana legalization, said on the Senate floor Tuesday that "the time has come" to end federal prohibition of the drug.

"Today is what you might call a very unofficial American holiday: 4/20," Schumer said, recognizing the day that many Americans set aside for consuming pot in its many forms.

"For decades, young men and women, disproportionately young men and women of color, have been arrested and jailed for even carrying a small amount of marijuana… Being rejected from job after job — because of this minor, minor deviation from the law," Schumer continued. "I believe the time has come to end the federal prohibition on marijuana in this country — and I am working with Senators Booker and Wyden on legislation to do just that."

He said the legislation would not "only end the federal prohibition on marijuana" but also include social justice provisions, federal taxes and regulations.

STOCKS REBOUND EVEN AS NETFLIX SINKS

The House of Representatives already passed a similar bill last year called the MORE Act. It's possible it will do so again despite a shrunken Democrat majority.

But Senate Democrats are not unanimously on board with Schumer on pot legalization – Sens. Jeanne Shaheen, D-N.H., and Jon Tester, D-Mont., both recently told Politico they are against it.

And White House press secretary Jen Psaki on Tuesday highlighted that President Biden's position "isn’t the same as what the House and Senate have proposed."

"The president supports leaving decisions regarding legalization for recreational use up to the states; rescheduling cannabis as a Schedule II drug so researchers can study its positive and negative impacts; and, at the federal level, he supports decriminalizing marijuana use and automatically expunging any prior criminal records," she said. "He also supports legalizing medicinal marijuana."

Sen. Cory Booker, D-N.J., however, said he believes Biden's position is actually closer to Senate and House Democrats than it may appear.

"He believes in decriminalization. And as I said to him the first time we talked about it was, my bill is no different. I think states should be able to do what they want. I think it should be legalized. But what we need to do at the federal level is delist marijuana," Booker told the "Hell & High Water Podcast."

"His policy position on marijuana, he may say, 'I'm not for legalization, I'm for decriminalization.' As a federal official, that's where I'm trying to get," Booker said.

The distinction between legalization and decriminalization, as Booker describes it, may be the level of federal involvement in taxing, regulating or propping up legal marijuana markets and businesses. The MORE Act would do those things, and Schumer said his bill would as well.

Those who oppose marijuana legalization, however, say that not only is the drug harmful but that where it's been made legal it has only exacerbated the social inequality that Schumer rails against.

"Today, while brands and pot industry sycophants will make jokes about 4/20, it's important to remember that none of the promises of social equity have been kept," tweeted Smart Approaches to Marijuana (SAM), a group that says it is "advocating for a fresh approach that neither legalizes, nor demonizes, marijuana." "Legalization benefits those already wealthy while increasing substance abuse issues in communities of color."

"Follow the science. Studies and science continue to show negative effects on health and families with marijuana use," the conservative Family Research Council said.

Even if the Democrats who are against legalizing marijuana were to change their minds and Biden were to get on board with Schumer's proposal, any such legislation is unlikely to pass. It would also have to clear the Senate filibuster, which would require at least 10 Senate Republicans to get on board with a bill for it to become law.

Senate Republicans who may be in favor of federal legalization – it is not likely there are 10 – may also be turned off by the elements of a Schumer bill that will, in the majority leader's words, "ensure restorative justice."

A more realistic piece of pot-related legislation that could pass Congress and be signed by Biden, however, is the SAFE Banking Act. It would protect financial services businesses, like banks, from federal repercussions when working with state-legal marijuana businesses. This could alleviate some of the problems that face the marijuana industry, including the fact that stores are targets for criminals because they do most or all of their business in cash.

The House passed that bill with bipartisan support last year and did again on Monday by a margin of 321 to 101. It's not clear when or if the Senate would take up the bill. But after it got significant bipartisan support in the House, the SAFE Banking Act would conceivably have a path to reach 60 votes in the Senate.

"[C]ompliance issues will remain as long as cannabis is still considered a Schedule 1 drug," Hale added.