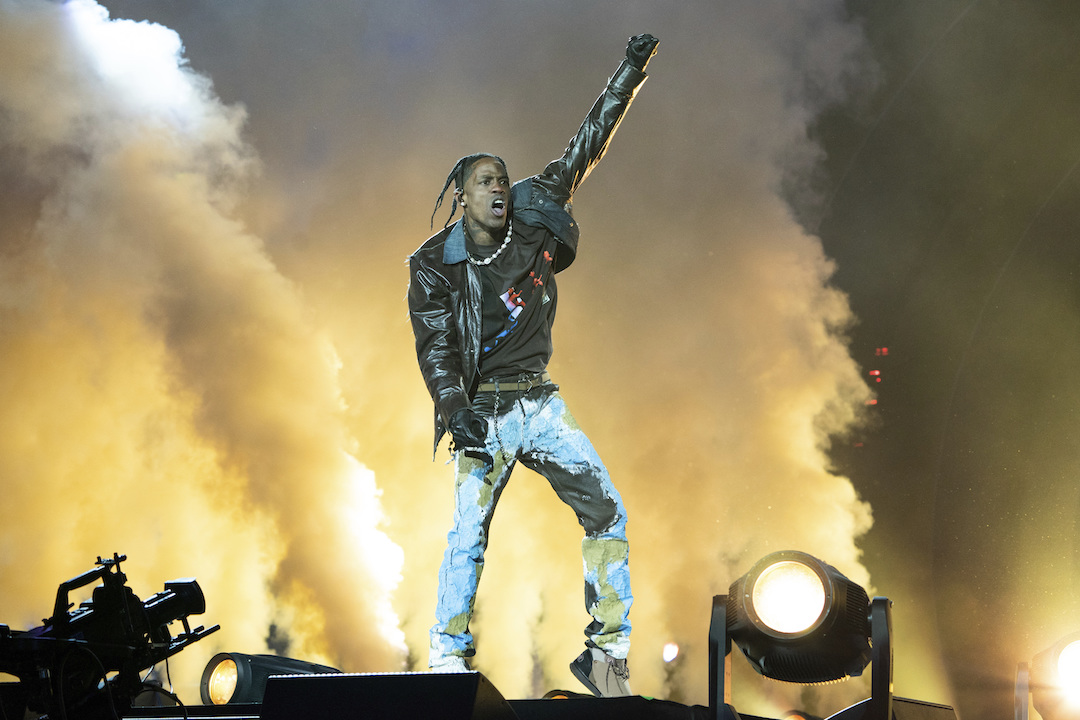 Civil rights attorney Brian Claypool argues Travis Scott should not be the target of legal action following deaths at the music festival.

No doubt about it, rapper Travis Scott could see major legal blowback over the deaths that occurred over the weekend during his performance at the Astroworld music festival.

At the Houston, Texas performance, eight people died in what authorities are calling a "mass casualty incident," which saw more injured after a crowd surge while Scott was on stage.

Scott has been forward about his intention to pay for funeral costs for those who died, but questions remain about what other financial liabilities he could face, as well as event promoter Live Nation.

"The venue could absolutely be on the hook for the most money if what is shown is negligence in securing and managing the venue without other willful or major contributing factors," Rachel Fiset, managing partner of Zweiback, Fiset & Coleman who is not involved in the case, told FOX Business. "A lot will depend on the police investigation and what facts come out regarding any type of intentional acts by Scott, or anyone else."

She added that if it's found that Scott was acting "intentionally" to prompt the surge or if he's found to have "committed a felony relating to security breaches and encouraging the crowd," he would likely be the most responsible party under Texas law.

Travis Scott could face civil lawsuits over the deaths of eight people during his performance at the Astroworld music festival. (Photo by Amy Harris/Invision/AP / AP Newsroom)

"This analysis is highly fact-dependent, and it is not yet known where the most fault will lie," she explained.

Furthermore, each party involved may not be off the hook if they don't directly face lawsuits during the early rounds of litigation.

"I think the parties are all vulnerable to suits from each other to seek contribution," Fiset said. "For instance, if a plaintiff sues Scott and Live Nation and those parties are found liable for damages, Scott or Live Nation may turn around and sue the venue for damages to recover a portion of what they had [to] pay."

A Texas statute could "make a defendant responsible for everything if it is found that he is over 50% responsible for an injury, which leaves open the possibility for cross-suits for a portion of that liability," she said.

Neama Rahmani, a former federal prosecutor and president of West Coast Trial Lawyers who is also not involved in the case, echoed similar sentiments.

"In cases like this, the injured and the family of the deceased sue everyone: The artist, promoter, and venue," he stated. "In Texas, liability and the responsibility to pay damages are generally apportioned according [to] fault, so the plaintiffs file against everyone to ensure they are made whole."

Rahmani added: "The defendants may have contractual agreements to defend and indemnify one another if there are any injury claims. In that case, one defendant may assume responsibility for the entire defense. If not, the defendants will cross-complain and point the finger at one another."

Rahmani said that "criminal prosecution is unlikely" in this case, as it requires "actual intent, the reckless regard of human life."

"Though Scott and the other defendants’ conduct is negligent under a civil standard, criminal law has a much higher bar, and we don’t have enough evidence to substantiate a criminal prosecution," said the attorney. "At least not yet."

However, Scott could "certainly" be held liable for the deaths and injuries in a civil case, Rahmani claimed.

"He reportedly encouraged violence at his events, and he continued to perform for approximately 40 minutes after the first injuries were reported, likely causing additional casualties," Rahmani speculated. "Most ticketed events include a waiver of liability, but there are exclusions under the law for gross negligence or any intentional conduct, so these are strong civil claims notwithstanding any waiver."

In 2019, when several Astroworld attendees were injured in a stampede at the festival, Scott shared a video of the incident on social media, adding the caption: "DA YOUTH DEM CONTROL THE FREQUENCY. EVERYONE HAVE FUN. RAGERS SET TONE WHEN I COME OUT TONIGHT. BE SAFE RAGE HARD. AHHHHHHHHHHH."

Law enforcement said during a press conference on Saturday that the size of the event and the age of its attendees had an effect on the 40-minute delay between the first injuries and the halting of the performance.

Fiset pointed out that Scott, born Jacques Bermon Webster II, his promoter, a concert venue and its security teams are currently being sued "for ‘reckless, wanton and willful conduct’ by a former concertgoer who was allegedly paralyzed at a prior show," which could set precedent for the upcoming case or cases.

"In 2018, a federal court determined that LiveNation would not be liable for a concertgoer’s injury at a Gwen Stefani concert — telling the plaintiff to instead look to the artist for liability," she explained. "The investigation leading up to this event, and the facts relayed, will determine who is at fault — and it may be shown that all parties contributed to this incident such that they all pay some amount in damages."

Famed attorney Benjamin Brafman — who, like Fiset and Rahmani, is uninvolved with the case — said there will be "enormous civil liability for the people who were responsible for staging the concert."

"These concerts have strict security concerns that are often ignored because they want to swell the crowd. They want the crowd to appear to be very excited. And a lot will depend on whether the audience was beyond the limit of what that venue was designed to hold," he added. "The rule in, you know, civil lawsuits is, you sue everybody you can. And then it shakes itself out. But I would be surprised if Mr. Scott does not face substantial initial civil liability that that may ultimately stand up."

Brafman added that Scott's security companies will likely be looking into whether the "standards they set" for the event were adhered to.