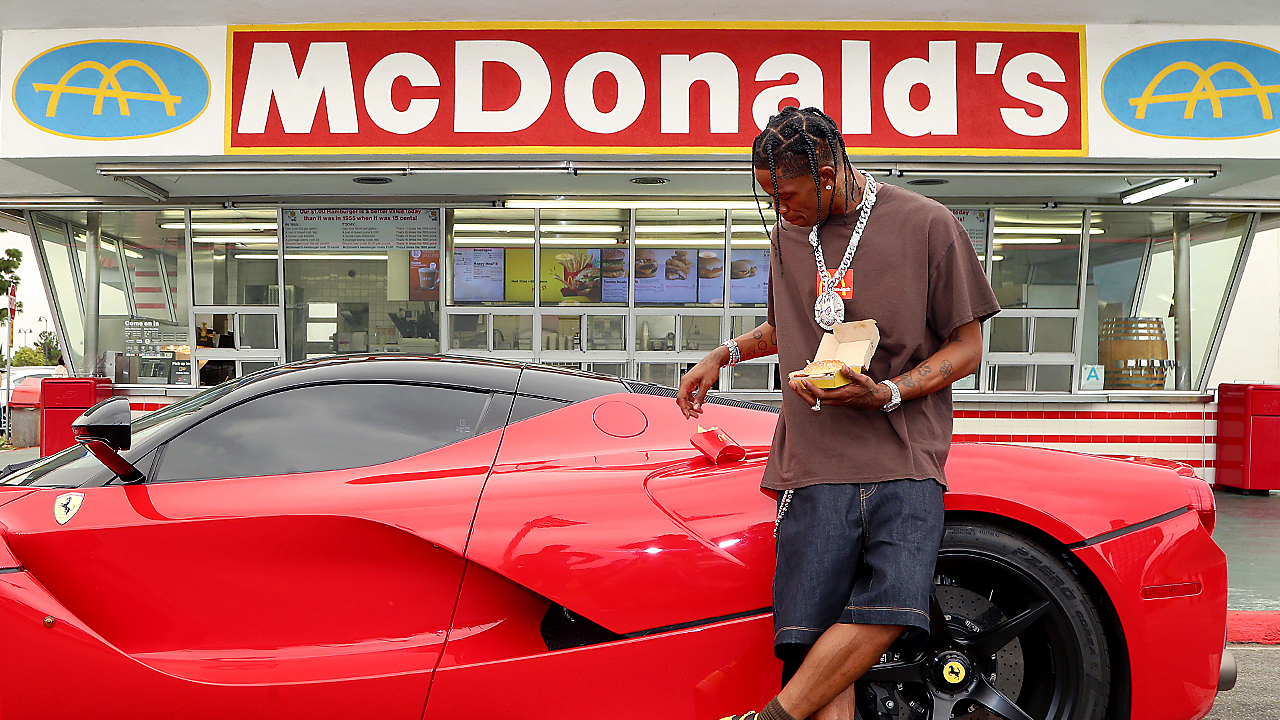 Travis Scott’s deal with McDonald’s has brought in the big bucks for the rapper, according to recent reports.

The partnership between Scott, 28, and McDonald’s was launched in September with the “Travis Scott Meal” -- the rapper’s go-to order of a Quarter Pounder with cheese, bacon and lettuce with a medium fry, BBQ sauce and a Sprite -- as well as merchandise designed by Scott himself.

According to Forbes, Scott is estimated to have made $5 million from the endorsement part of the deal and $15 million from merchandise sales.

Scott was covered by the magazine for its “30 under 30” issue -- the second time he has been featured on Forbes’ annual list.

Forbes first listed Scott in its “30 under 30” issue three years ago for his music successes, but this year, the magazine recognized him for his successful partnerships with brands including PlayStation, Epic Games, General Mills and McDonald’s.

According to Forbes, the partnership between Scott and McDonald’s began after executives at the fast food chain saw that the rapper had posted on Instagram about a visit to McDonald’s earlier this year.

According to Forbes, rapper Travis Scott has earned $20 million for his partnership with McDonald's. (Getty)

The company reached out to Scott over the summer and they worked out the details of the partnership, with Scott playing a significant role in the process.

Forbes reported that Scott suggested they promote his favorite order -- the “Travis Scott Meal” -- and he also made hand-drawn animation and wrote part of the script for a national commercial that would be released when the partnership launched.

Scott also designed merchandise for the deal, including a McNugget-shaped body pillow, T-shirts, hoodies, boxer shorts and a blanket, the magazine reported.

Scott told Forbes that McDonald’s took some convincing, but eventually, the company let him go forward with his vision.

“After a while, they allowed us to do it,” Scott told Forbes. “Ended up working out.”

Of course, the partnership was a huge success almost right away.

Within a week of the partnership’s release, some locations saw ingredient shortages. Other locations were pranked by Scott fans playing his music loudly at the drive-thru windows, which turned into a TikTok trend.

While the deal brought in $20 million for Scott, it also boosted McDonald’s sales for the third quarter, according to Forbes.