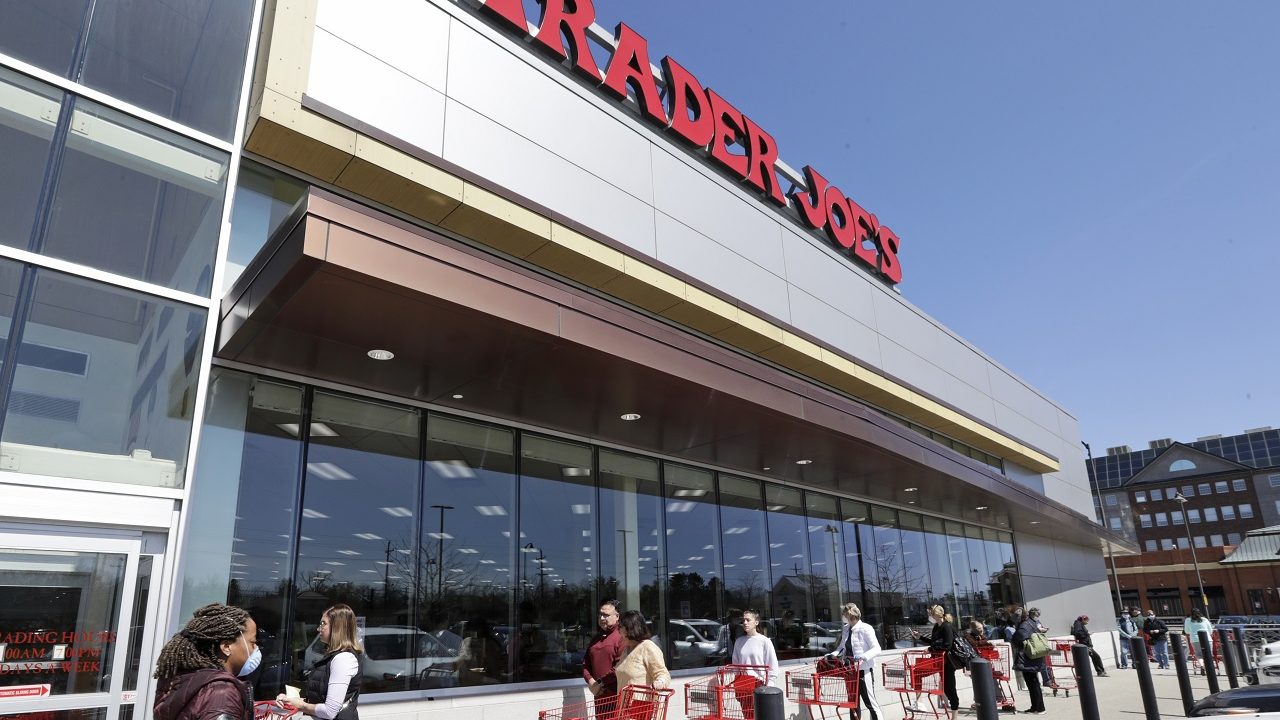 A Kentucky man has sued Trader Joe's claiming the company wrongfully fired him for posting about new coronavirus-related concerns in a private Facebook group, according to a report Friday.

Kris King argued in the recently filed lawsuit he was terminated from his job at the Louisville Trader Joe’s for “inconsistent behavior patterns” connected to his creation of a Facebook group for store employees to share concerns related to COVID-19, Louisville Business First reported.

A rep for Trader Joe’s did not immediately respond to FOX Business’ request for comment, but spokesperson Kenya Friend-Daniel told the Louisville outlet the company “did not end his employment due to a desire to organize, nor would we do so with any other crew member.”

A sign posted in front of a Trader Joe's on March 18, 2020, in Monrovia, California. (Frederic J. Brown/AFP via Getty Images)

She said she could not comment on the specific reason for his termination.

“You hear all of these great things about Trader Joe’s — voted No. 1 best place to work by Forbes last year — and for the most part, they are all true," King told Louisville Business First. "It can be a great environment, they pay well, I had great benefits … and that’s the thing that’s such a letdown.”

King, who had worked for Trader Joe's for more than eight years, said he noticed the company’s lack of concern or support for its employees when he began suffering symptoms he initially believed might have been related to the virus. He ultimately tested negative but had an illnesses other than COVID-19.

Customers in masks line up outside waiting to enter after other shoppers have left because of social distancing efforts during the coronavirus outbreak at a Trader Joe's grocery store in the Los Feliz area of Los Angeles on Friday, April 3, 2020. (AP

While home sick on March 13, King created the private Facebook group to communicate with and hear concerns from others “crew” members about Trader Joe’s alleged lack of attention toward employee safety and health procedures during the pandemic, according to the report, which cited the court papers.

But when he returned to work on March 21 his supervisors asked for a meeting and confronted him with three screenshots of his Facebook posts – two from the private page and one from a public Trader Joe’s group, the outlet states.

In one of the posts, King recounted how he had called the human resources department and left a voicemail but never heard back, according to the report.

Trader Joe's fired King on March 28, referencing his Facebook activity and a pair of incidents from 2019 as being the cause.

"This isn't your typical discrimination, wrongful termination case under the Civil Rights Act," Brad Zoppoth, King's attorney, told Louisville Business First. "This is called a public policy wrongful discharge claim. Kris made specific requests and complaints to Trader Joe's management about certain things he felt the company wasn't doing from a safety perspective in the workplace.”

King is reportedly seeking damages to make up for, among others, the emotional and mental turmoil and embarrassment, lost wages and benefits, legal fees and any related costs and expenses.

He did not immediately respond to FOX Business’ request for comment.

But King was far from the first person to express concerns about Trader Joe's support for employees and its health measures amid the COVID-19 pandemic.

“It’s been a fight for safety. Getting regional managers to listen to us has been like pulling teeth,” one California-based Trader Joe's employee told the outlet.

Trader Joe's announced the implementation of an updated COVID-19 policy on April 9.