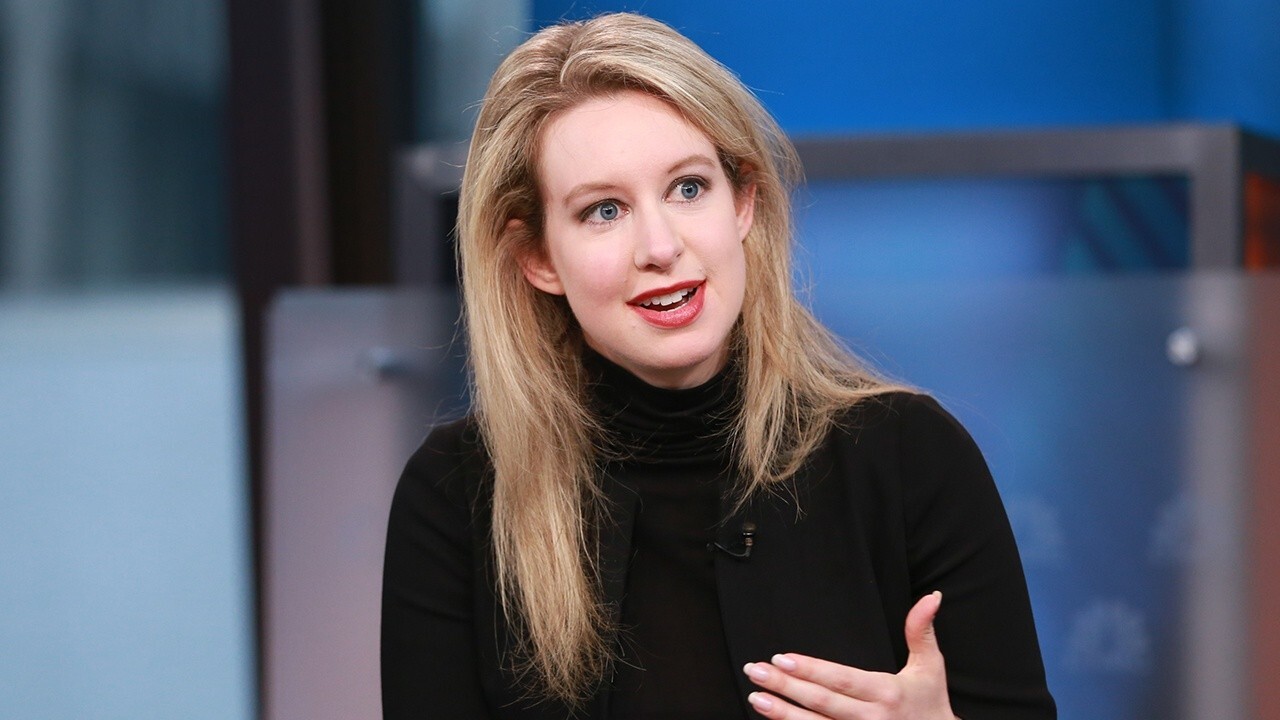 Elizabeth Holmes, the disgraced founder of Theranos, will be sentenced on Sept. 26 in San Jose, California, after a jury found her guilty on four of 11 charges in a case of criminal fraud.

ELIZABETH HOLMES FOUND GUILTY ON 4 OF 11 CHARGES, JURY COULD NOT REACH VERDICT ON 3

Holmes founded Theranos in 2003 after dropping out of Stanford University at 19 years old. She went on to become a billionaire on paper after raising more than $900 million from investors on the promise that the company's innovative blood testing technology would be able to diagnose a wide variety of diseases with just a few drops of blood from a patient rather than the traditional vials of blood drawn from a patient's vein.

However, Theranos ultimately ended up shutting down in 2018 after a 2015 Wall Street Journal expose found that the tests were not accurate and that Theranos was using traditional machines for its testing rather than its own technology. That same year, the 37-year-old entrepreneur was charged by federal prosecutors with nine counts of wire fraud and two counts of conspiracy to commit wire fraud over allegations that she deceived investors and patients about the company's technology.

The jury, which was composed of eight men and four women, convicted Holmes on one charge of conspiracy and three charges of fraud. They determined she was not guilty of a second conspiracy charge and not guilty on three fraud charges. They were unable to reach a unanimous decision on another three fraud charges, which the U.S. government plans to dismiss, according to a court filing on Tuesday. Each count carries a maximum sentence of 20 years in prison.

Holmes pleaded not guilty to all charges and took to the stand to defend herself during the trial, where she admitted to having regrets but denied defrauding anyone. She also placed blamed on her former boyfriend and ex-Theranos Chief Operating Officer Ramesh "Sunny" Balwani for allegedly misleading her about the effectiveness of Theranos' technology, and she accused him of emotional and sexual abuse.

Balwani will face his own trial beginning in March over his alleged role in defrauding the company's stakeholders, following delays due to the coronavirus pandemic.

Holmes is expected to appeal the verdict, and the court has ordered that any "post-trial motions" be filed by March 4, with a motion hearing set for June 16. In the meantime, she will be free on a $500,000 bond secured by property. Both the motion and sentencing hearings will be overseen by Judge Edward Davila.