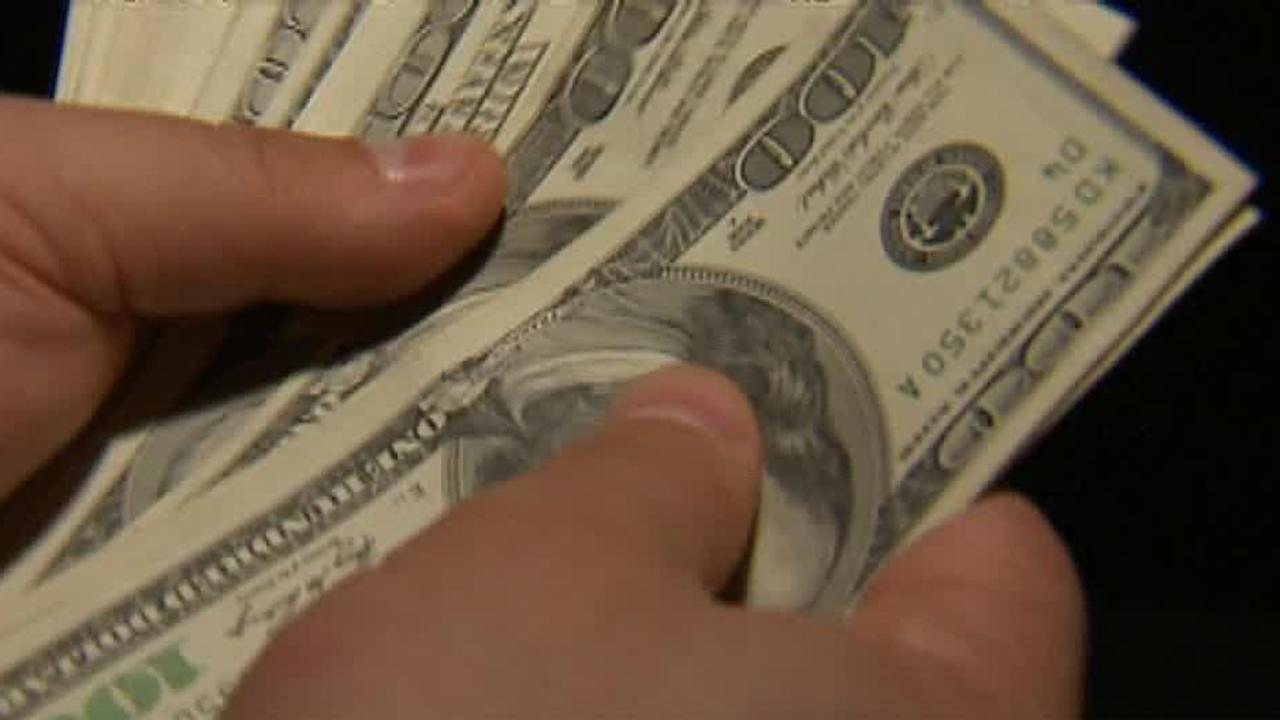 The cost of the coronavirus can be devastating.

Americans could spend thousands of dollars on medical bills if they need treatment for COVID-19 – with or without insurance. And those who were hospitalized or caring for a loved who is could have to defer credit card bills, mortgage payments and deplete their savings to afford them.

A healthcare worker takes a patient from an ambulance. (Graham Hughes/The Canadian Press via AP)

Broadway star Nick Cordero died Sunday at 41 after spending nearly four months in the hospital battling COVID-19. Days earlier, his wife, Amanda Kloots, posted on social media about having to refinance her home to help pay for the treatment costs. A family friend created a GoFundMe page for Cordero’s medical costs with a goal of raising $400,000. It received nearly 5,000 donations raising $813,507.

The Cordero family is one of the millions grappling with the emotional and burdening financial costs of the deadly virus. An estimated 15 percent of people who contract COVID-19 could end up in the hospital, according to data published in April by the Kaiser Family Foundation, a nonprofit that focuses on medical issues. The data shows that up to an estimated 2 percent to 7 percent – or 670,000 to slightly more than 2 million -- of uninsured people will require hospitalization for the novel coronavirus.

That would have been the case for Denver-based Tim Regan, 40, who went to the emergency room in March when he experienced a fever, chest pain and shortness of breath. He went to the emergency room when a nurse advised him to, explaining he had COVID-19 symptoms. Regan received a chest X-ray and an electrocardiogram (EKG) but was told he wasn't sick enough to qualify for a COVID test.

"The doctor told me he was convinced I had it, several people in the medical field told me I had it without giving me a test," Regan told FOX Business.

Regan worried that if he had to be admitted to a hospital he would deplete his savings so he continued working from home while he was sick.

“I was thinking I had to make all the money I could in case we all had to be hospitalized,” he said, worried that he might infect his wife and child.

"The insurance told us, 'We're not paying for it.' We would have been stuck with everything. I don't think we quite met the deductible. It would have wiped out any savings we had," Regan said.

Medical bills for uninsured patients can range between $42,486 to $74,310, according to a report by FAIR Health, an independent nonprofit. But even those who do have insurance could be saddled with out-of-pocket costs between $21,936 and as much as $38,755.

"Even after you get the treatment it leaves a bunch of financial questions. If you have traditional insurance, the reason for that is so many plans have high deductibles, and if you’re on a high deductible plan you're responsible for that deductible amount; it can be $5,000, $8,000 or more," said Patrick Quigley, CEO and co-founder of Sidecar Health, which provides personalized and affordable health insurance.

"The second issue is the network – if you happen to go to a hospital that’s out of network your traditional insurance company isn’t responsible for those charges – they may help, but they don’t have negotiated rates with those hospitals so people with insurance will have to pay the remaining balance," Quigley said.

And some survivors who battled for their lives while seeking treatment for the virus are left with shocking medical costs. The Seattle Times reported last month the case of Michael Flor, a 70-year-old man from Seattle who was hit with a $1.1 million hospital bill, which included 181 pages of expenses like $9,736 per day for the intensive care room, almost $409,000 for it to be sterilized and $82,000 for the ventilator, among other treatment costs. Flor had Medicare insurance and would be covered for most of the expenses, the Times reported.

Congress allocated more than $100 billion to assist insurance companies and hospitals dealing with the unprecedented treatment costs during COVID-19.