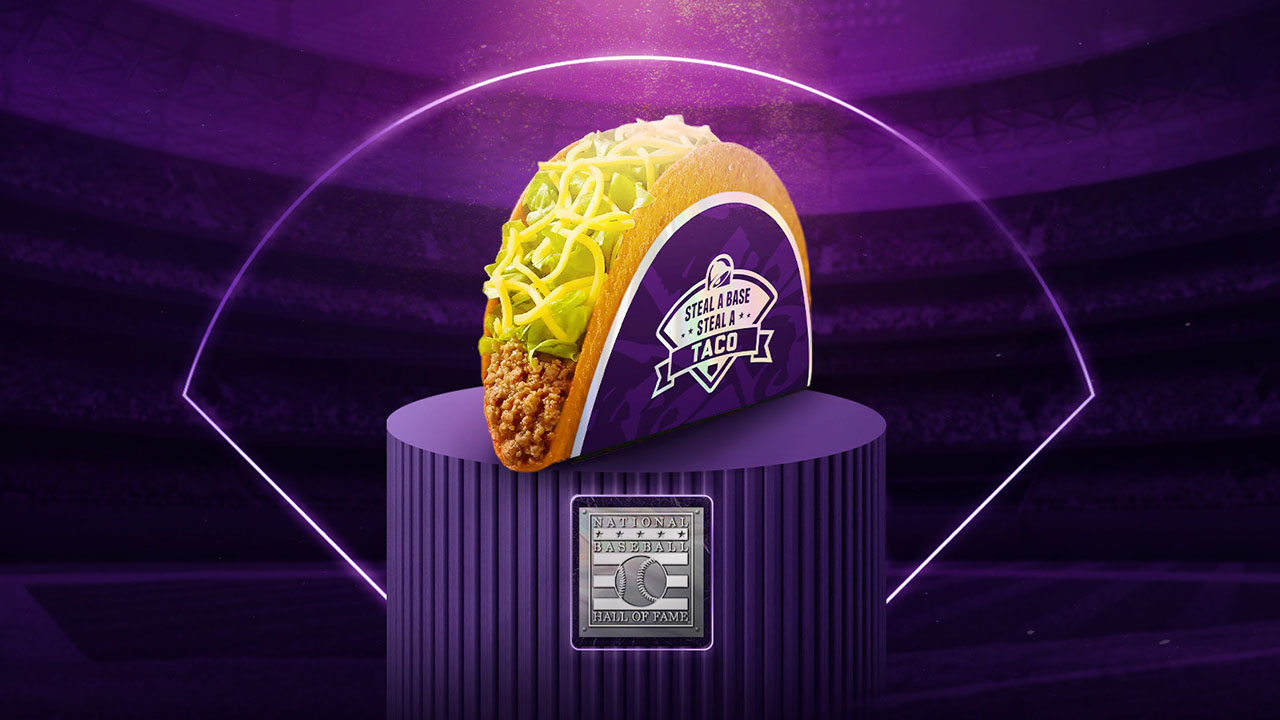 Tacos are headed to the hall of fame.

For the past decade, Taco Bell has celebrated the MLB World Series by giving away free tacos whenever a player successfully steals a base. This year, to celebrate the promotion’s anniversary, the fast-food chain is teaming up with the National Baseball Hall of Fame and Museum.

The first base stolen during the 2021 World Series will be displayed at the hall of fame museum in Cooperstown, NY. According to a press release, this is the 10th year that Taco Bell has given away free tacos for stolen bases.

Josh Rawitch, President of the National Baseball Hall of Fame and Museum, said, "In Cooperstown, we tell the stories of the game on the field and baseball's impact on fans. This program has grown in popularity, and as it enters its tenth year we are thrilled that the hundreds of thousands of fans who will visit the Museum over the next year will be able to relive the exciting World Series moment this base represents."

Over the past 10 years, Taco Bell has recognized eight players for stealing bases during the World Series.

"When the players are just as excited as the fans to be a part of history, you're impacting the game in real-time and in a real way," said Tracee Larocca, Taco Bell's head of brand creative. "Partnering with Major League Baseball and the National Baseball Hall of Fame and Museum to send the 10th stolen base to Cooperstown and tell the story of 'Steal a Base Steal a Taco' is an amazing honor and a true testament to connecting America's love of baseball and tacos like only Taco Bell can."