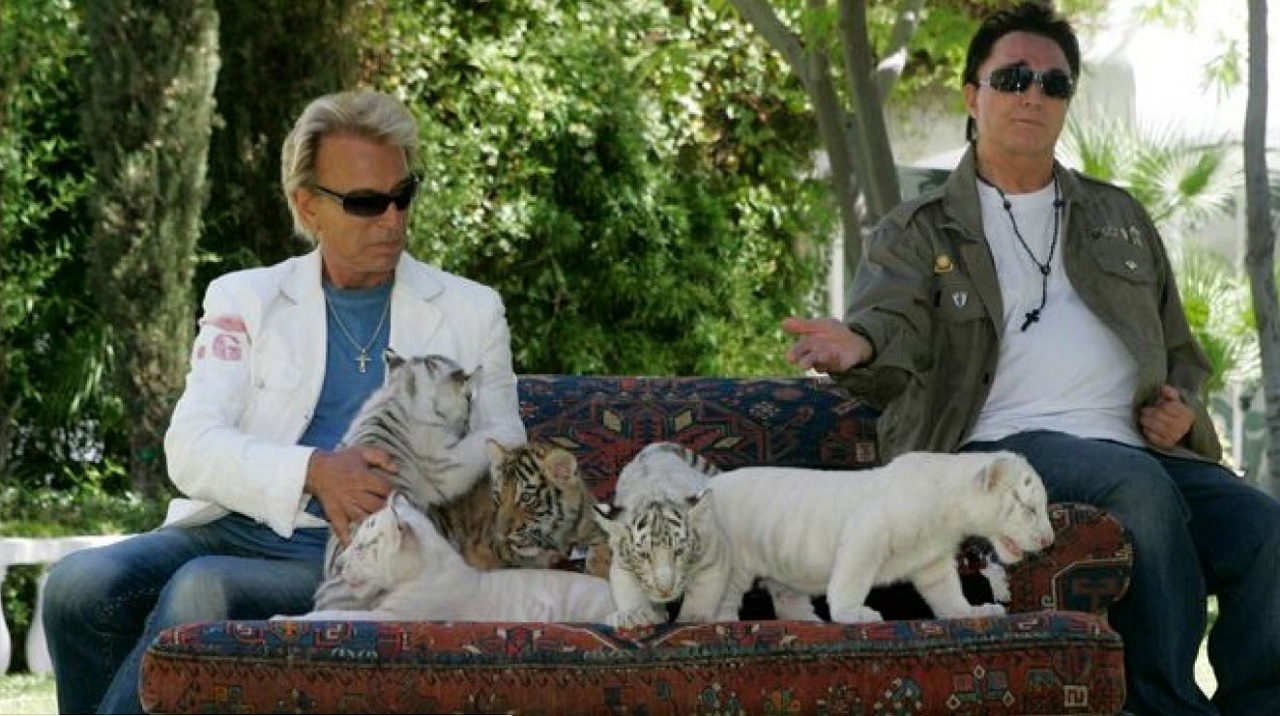 At the time of Roy Horn's death from coronavirus complications on Friday, nearly two decades had passed since the 75-year-old was a fixture on the Las Vegas stage.

He had still near-instant name recognition, however, when his first name was paired with that of Siegfried Fischbacher, his longtime partner in a magic act that built its reputation on performances with exotic animals.

“Today, the world has lost one of the greats of magic, but I have lost my best friend,” Fischbacher, the other half of illusionist duo Siegfried & Roy, said in a statement. “From the moment we met, I knew Roy and I, together, would change the world. There could be no Siegfried without Roy, and no Roy without Siegfried.”

Here’s what else you need to know about the German duo, from when they began performing to how much they made.

How did they get started?

Horn and Fischbacher met on a cruise ship in 1957. In their earliest act, Fischbacher performed magic tricks and Horn was his assistant. Horn eventually suggested they bring a cheetah into the act.

When did they perform?

Fischbacher and Horn became popular in the 1970s and had their first star billing in 1978 as headliners of the Stardust’s “Lido de Paris.” Their show “Beyond Belief” opened in 1981 at the Frontier and played to thousands over seven years.

The duo performed six shows a week, 44 weeks per year. According to The Los Angeles Times, their show cost $50 million to produce.

It ended in October 2003 after Horn was critically injured during an act.

In February 2009, however, they returned to the stage for what was billed as their one and only comeback performance. The show raised funds for the new Cleveland Clinic Lou Ruvo Center for Brain Health in Las Vegas.

How much did they earn?

Just eight years after they started at the Mirage, Siegfried & Roy were found by Forbes to be the highest-paid entertainers in Las Vegas history, according to the Los Angeles Times.

From 1996 to 1997, they earned an estimated $58 million and were estimated to be worth more than $100 million, the newspaper reported.

By the time they signed their lifetime contract with the Mirage in 2001, it was estimated they had performed 5,000 shows at the casino for 10 million fans since 1990 and had grossed more than $1 billion. That came on top of thousands of shows at other venues in earlier years.

Was their show dangerous?

Though their act included more than 30 exotic cats, Horn -- who primarily dealt with the animals while Fischbacher did the magic -- had never been injured during a show until October 2003.

It was Horn’s 59th birthday. Halfway through the act at the  Mirage, Horn was alone onstage with a white Siberian tiger named Montecore. The tiger suddenly lunged at Horn’s neck and dragged him offstage.

According to The LA Times, crew members sprayed the tiger with a fire extinguisher until it released the entertainer.

Fischbacher and Horn are pictured in this undated photo.

Horn had severe neck injuries, lost a lot of blood and later suffered a stroke. He underwent lengthy rehabilitation, but the attack ended the Las Vegas production of Siegfried & Roy.

“Throughout the history of Las Vegas, no artists have meant more to the development of Las Vegas’ global reputation as the entertainment capital of the world than Siegfried & Roy,” Terry Lanni, chairman of MGM Mirage, the casino’s parent company, said after the attack.

An investigation by the U.S. Department of Agriculture explored a variety of theories but was unable to reach a conclusion on what caused the tiger to attack. In its final report, the USDA also said the show’s producers had failed to protect the audience because there was no barrier separating the exotic animals from the crowd.

What else were they known for?

Aside from their show, the two men gained international recognition for helping save rare white tigers and white lions from extinction.

Their $10 million compound was home to dozens of rare animals over the years. The white lions and white tigers were the result of a preservation program that began in the 1980s.