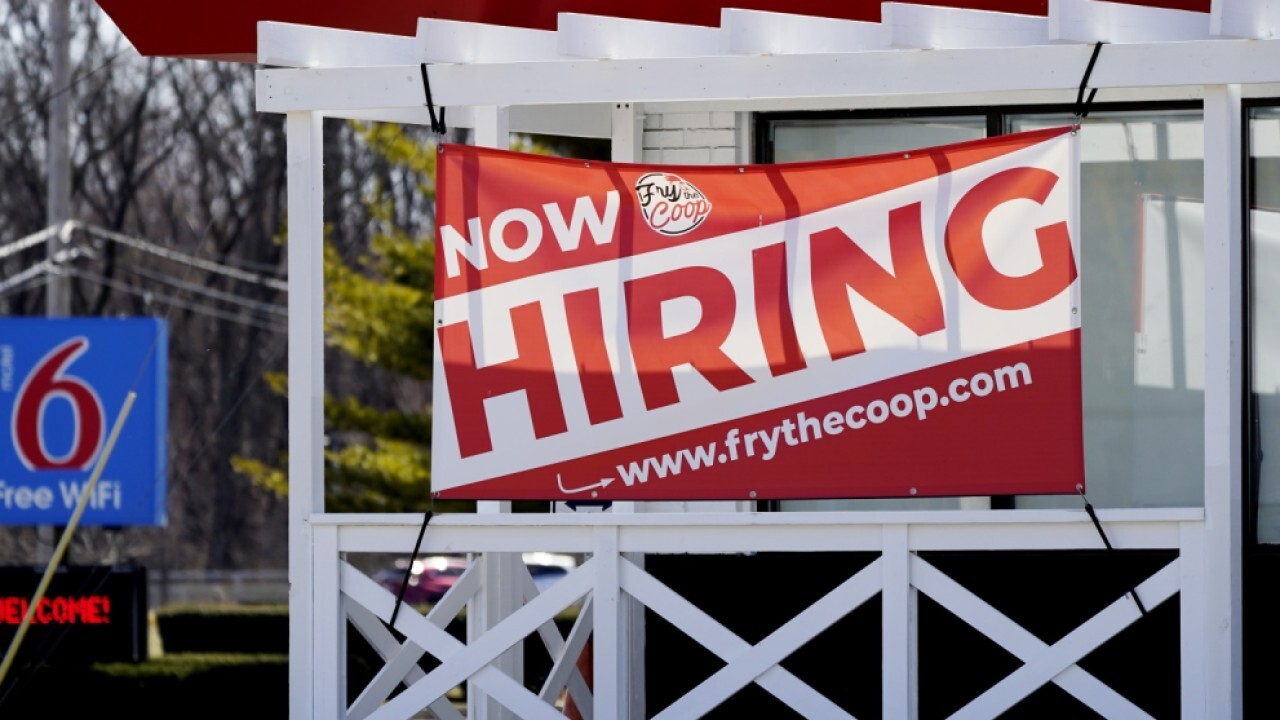 Economist Stephen Moore discusses business struggling to get employees back to work and the national debt increasing with more government spending.

A Connecticut middle school teacher who raised $41,000 to help hundreds of his struggling neighbors during the COVID-19 pandemic got an unwelcome surprise for his charitable efforts: a form stating he could owe $16,031 in income taxes.

Louis Goffinet, 27, of Mansfield, began picking up groceries for elderly neighbors afraid to go to the store during the early days of the pandemic, often spending his own money. Given the great need, he later organized two fundraisers on Facebook over a year and helped hundreds of families with groceries, rent money and holiday gifts, the Hartford Courant reported, setting a $200 limit.

Goffinet said both financial support for his efforts and demand for assistance ended up becoming higher than he first expected. He tracked 140 grocery trips on a spreadsheet, noting he also provided Friday night dinners to 125 families, holiday gift cards for 20 families so they could buy gifts for their children, 31 Thanksgiving dinners and rental assistance to five families. Some local businesses donated food.

"It became dramatically bigger than I thought," he said. "My original goal was to raise $200 to help one family with groceries. I was already doubting myself when I set that up, that people in town are not going to want to pay for someone else’s groceries."

In January, Facebook sent Goffinet a 1099 form that stated he owed taxes on the money he had raised. Facebook warns users that money generated from a fundraiser on the social media platform may be taxable if more than $20,000 is raised and that a 1099 tax form will be issued.

"I was so shocked," Goffinet told the Courant. "When I think about the mental spot I was in at the end of January, coming off a second fundraiser that was quite a lot of work — busy weekends coordinating Thanksgiving, holiday gifts — to get what I perceived as a bill in the mail for $16,000 was just shocking.’′

Goffinet is now working with a local accountant to determine how best to handle the situation. His bill is due May 17 and he expects to pay "some sort of tax burden" but isn’t sure exactly how much. Meanwhile, some people in the community are now trying to help him out with the tax bill, so far sending $2,000 in checks to a post office box — not through Facebook.