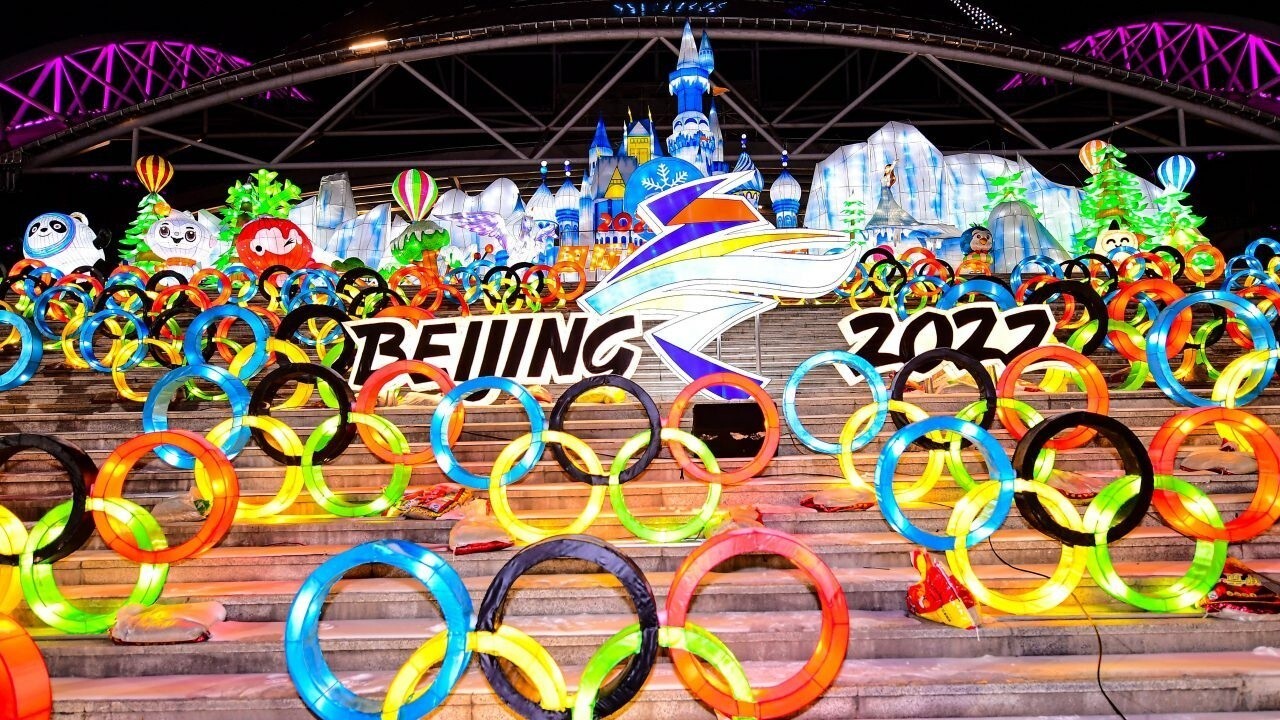 Big corporate sponsors are facing questions over their backing of the 2022 Winter Olympics in Beijing as China is facing heat over human rights abuses.

Despite the Chinese Communist Party’s censorship, surveillance and treatment of the Uyghurs population in the northwestern region of Xinjiang, major corporations like Coca-Cola, Intel and Airbnb are sticking with sponsorship deals in the sum of billions of dollars.

Human rights activists say that they don’t want to offend the leaders of the world's second-biggest economy, underscoring one common interest at play: profits.

"The corporate world has argued for 30 years that their engagement in China would help bring about some degree of liberalization, and along the way, they made a lot of money," Sophie Robinson, China Director of the Human Rights Watch told FOX Business. "The reality is that we're now at a point in time when companies have an affirmative responsibility to make sure that their own business activities aren't creating or contributing to human rights violations."

Robinson said that none of the sponsors are following through on their own corporate responsibilities and Environmental, Social and Governance statements, suggesting that some corporations seem to be less entitled to ethical conduct than others. On the other hand, under the United Nations Guiding Principles on Business and Human Rights, the International Olympic Committee has a responsibility to ensure that their commercial activity is not causing problems.

IOC president Thomas Bach declined to speak out on human rights abuses in China. In a statement, Bach said, "We have our full focus on the athletes. We welcome that they can participate, that they are supported by their national governments. The rest is politics."

Other activists around the world warn that China is using the 2022 Winter Olympics to legitimize its human rights abuses by positioning itself in many areas as a candidate for world leadership at the expense of the United States.

The Human Rights without Frontiers, a nonprofit group based in Brussels, is calling on corporations to acknowledge these human rights violations, such as using forced labor in detention camps, and reevaluate their business choices.

"Business first and before human rights should be replaced by human rights first," Director of Human Rights without Frontiers, Willy Fautré, told FOX Business. "Liberal democracies should revise their commercial relations with China in the light of this reality."

Other critics of these companies argue that even Beijing has been quick to punish Western companies that criticize the authorities or refer to topics that are deemed sensitive.

A month ago, Intel apologized after prompting outrage among the Chinese state media and internet users for asking suppliers to avoid sourcing goods or services from the Xinjiang region.

Meanwhile, two dozen House members chided Coca-Cola and other U.S. companies for engaging in a "disingenuous and hyperbolic debate" over voting rights in Georgia while staying silent on Chinese repression. It follows rare, bipartisan support amongst lawmakers protesting the involvement of both U.S. officials and corporations in this year’s Olympics.

After the White House announced that it would not send any officials to Beijing at the end of last year, Congress doubled down on demands for U.S. corporate sponsors of the Games to do the same.

FOX Business reached out to all 13 corporate sponsors, and has since received a statement from only one non-American company. Atos, a French-based multinational information technology service, said that it fully acknowledges the IOC’s strategy on rights, in addition to its own ethics and compliance program and actions.

"Atos has been at the forefront of the digitalization of the Olympic Games, irrespective of their location, under the umbrella of the Olympic Movement’s values and guidelines," a spokesperson for Atos said in a statement.

With more pressure mounting from both diplomatic boycott led by the United States and the fear of retaliating against China’s authoritarian regime, sponsors will continue to be squeezed.

"These companies are in the spotlight in exactly the way they didn't want to be," Human Rights Watch's Robinson said. "But they've really got nobody to blame for that, but themselves. You know, they bought into this exercise. They didn't have to, and they don't appear to have done the homework that is now considered their responsibility."