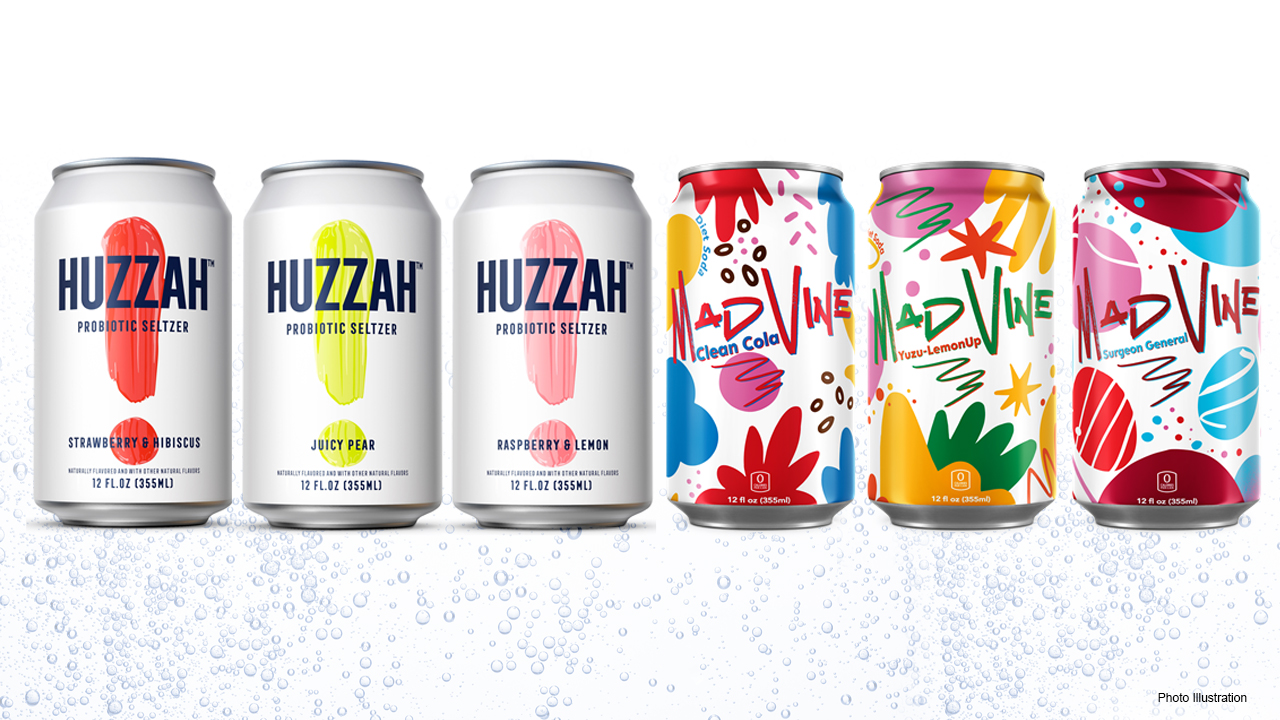 Molson Coors Beverage Company, which is best known for its beers like Coors and Molson Canadian, showed off a selection of new non-alcoholic products it plans to introduce this fall.

The first one to launch is Huzzah, a flavored seltzer water with probiotics to support gut health, according to the company. Huzzah will be available in three flavors: strawberry-hibiscus, juicy pear and raspberry-lemon. Molson Coors will sell Huzzah online and at some stores in Southern California starting this month.

The brewer has been moving to add non-alcoholic offerings to its lineup for some time as it looks for new growth opportunities. Last year, it rebranded itself and changed its name from Molson Coors Brewing Company to Molson Coors Beverage Company. It then took a stake in L.A. Libations, the incubator behind several health-focused beverage brands.

Molson Coors, which is best known for its beers, showed off a selection of new non-alcoholic products it plans to introduce. (iStock) (iStock)

STARBUCKS TO ADD PLANT-BASED FOOD, BEVERAGES TO MENUS IN ASIA

“We’re following through on our promise to seek out new opportunities beyond beer, and we’ll continue to innovate and move into new spaces as it’s an important part of our long-term strategy,” Pete Marino, Molson Coors president of emerging growth, said in a written statement. “This is just the start of our entrance to the marketplace with breakthrough brands, and we couldn’t have a better partner to embark on this journey with than L.A. Libations.”

Molson Coors said it has three more non-alcoholic products in the pipeline. They include MadVine, a diet soda in three flavors with ingredients like monk fruit, bourbon vanilla, yuzu lemon and black cherry.

Another upcoming beverage is Golden Wing, which the company described as a grain-based milk alternative made with barley. The fourth new product, which Molson Coors didn’t name, will be a “nootropic performance beverage” marketed toward gamers and developers.

Danny Strepper, the CEO and co-founder of L.A. Libations, said the new brands “are fueled by our dedication to health, wellness and social responsibility.”

“These brands will give consumers an opportunity to taste tomorrow, today,” Strepper said.

That isn’t all Molson Coors has in the works as it looks to diversify out of the beer aisle. It also partnered with HEXO Corp. to develop cannabis-infused beverages for the Canadian and Colorado markets.