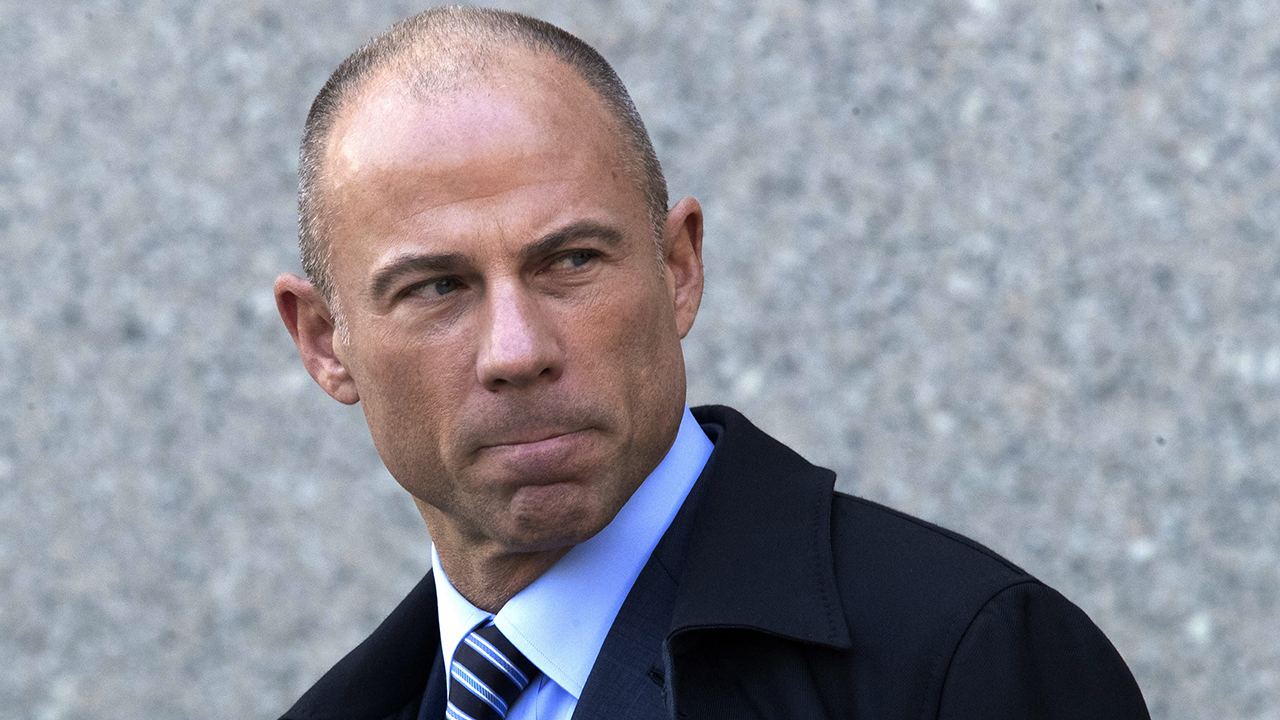 Michael Avenatti, the brash California lawyer who publicly sparred with then-President Trump before criminal fraud charges on two coasts disrupted his rapid ascent to fame, faces sentencing in one of those cases Thursday.

Over a year after a jury concluded Avenatti tried to extort millions of dollars from Nike by threatening the company with bad publicity, U.S. District Judge Paul G. Gardephe will sentence him in Manhattan. Avenatti was convicted on charges that he tried to extort up to $25 million from the Beaverton, Oregon-based sportswear giant as he represented a Los Angeles youth basketball league organizer upset Nike had ended its league sponsorship.

Avenatti, 50, represented Daniels in 2018 in lawsuits against Trump, appearing often on cable news programs to disparage the Republican as he explored running for president against Trump in 2020, boasting he'd "have no problem raising money." Daniels said a decade-earlier tryst with Trump led her to be paid $130,000 by Trump's personal lawyer in 2016 to stay silent. Trump denied the affair.

Talk of those aspirations evaporated when prosecutors in Los Angeles and New York charged him with fraud in March 2019. Prosecutors in Los Angeles said he was enjoying a $200,000-a-month lifestyle while cheating clients of millions of dollars and the Internal Revenue Service of hundreds of thousands of dollars. Charges alleging he cheated Daniels of proceeds from a book deal followed weeks later. Avenatti pleaded not guilty to all charges.

On Tuesday, Gardephe rejected a request by Avenatti's lawyers to toss out his conviction in the Nike case on attempted extortion and honest services fraud charges. The judge wrote that evidence showed that Avenatti "devised an approach to Nike that was designed to enrich himself" rather than address his client's objectives.

In written sentencing arguments, prosecutors said Avenatti tried to enrich himself by "weaponizing his public profile" to try to force Nike to submit to his demands.

In a victim impact statement, Nike's lawyers said Avenatti did considerable harm to the company by falsely trying to link it to a scandal in which bribes were paid to the families of NBA-bound college basketball players to steer them to powerhouse programs. An employee of Adidas, a Nike competitor, was convicted in that prosecution.

The lawyers said Avenatti threatened to do billions of dollars of damage to Nike and then falsely tweeted that criminal conduct at Nike reached the "highest levels."

Avenatti's former client, Gary Franklin Jr., said in a statement submitted by prosecutors that Avenatti's action had "devastated me financially, professionally, and emotionally." Franklin was expected in court Thursday.

In their presentence submission, Avenatti's lawyers said their client had suffered enough, citing enormous public shame and a difficult stint in jail last year that ended after lawyers said he was particularly vulnerable to the coronavirus.

Although prosecutors asked Gardephe to impose a $1 million restitution order to help cover Nike's legal expenses, Avenatti's attorneys cited the lack of financial losses as a reason for leniency.

"There was no financial loss to any victims so there is no restitution in this case," they wrote. "The fact that a white collar federal criminal case was brought despite this fact is itself an important mitigating factor."