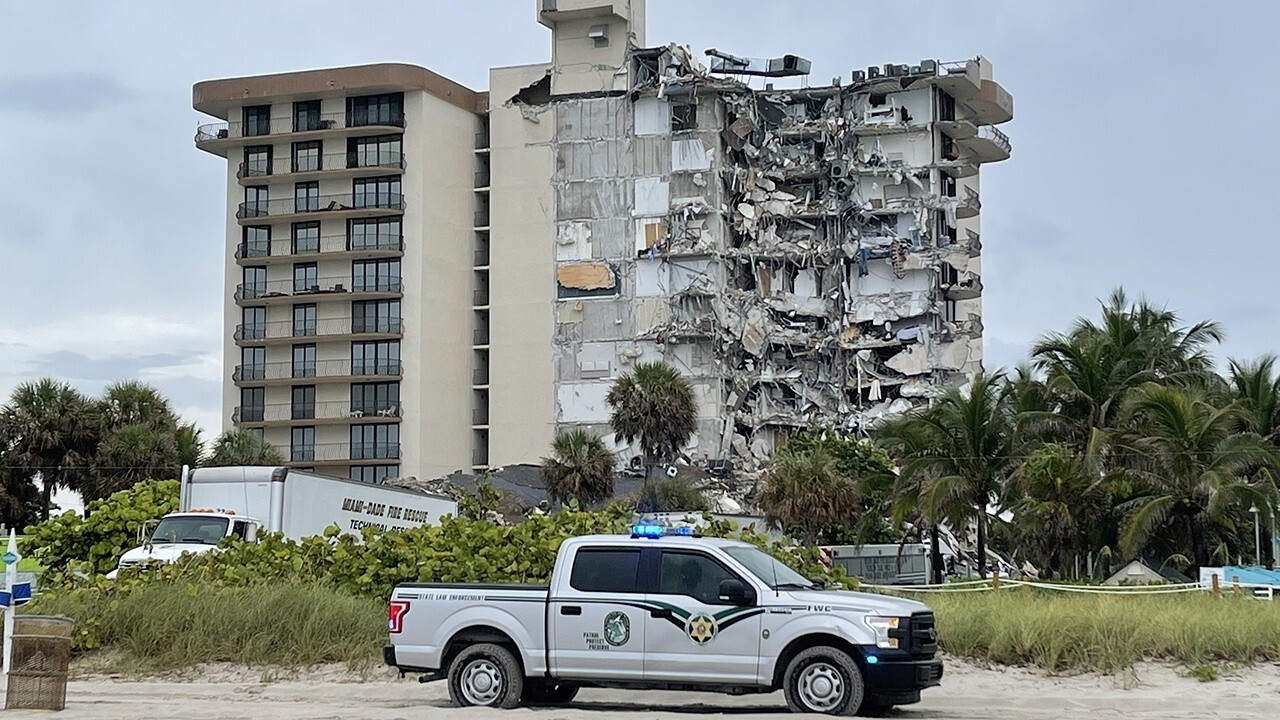 Fifty one people are reportedly unaccounted for after a Miami condo collapsed in Surfside, FL. Jeanette Nunez, the lieutenant governor of Florida., provides updates.

A condominium collapse in Surfside, Florida, on Thursday morning has left many wondering what caused the massive implosion, which has so far killed one person and left 99 people unaccounted for.

Miami-Dade County authorities are currently conducting an investigation into the Champlain Towers South Condo collapse, though an official cause behind the devastation has yet to be determined.

An area expert has brought forward some ideas as to what could have led the building's facade to crumble to the ground.

Gary Slossberg, founder of the South Florida construction company National Home Building & Remodeling Corp, said he hasn't heard any specific leads as to the cause of the building's fall, but after decades working in the industry, he has his suspicions.

Engineering inspections, which happen every five or 10 years, for example, might include removing drywall or other material to expose and inspect steel beams "to make sure they are not eroding away."

SURFSIDE, FLORIDA, MAYOR ON BUILDING COLLAPSE: ‘A TRAGEDY BEYOND ANY OF OUR IMAGINATIONS’

He added that salt in Miami's coastal air could potentially facilitate the erosion of steel. Evidence or erosion can appear in rust stains or exposed rebar.

"It's like a cancer," Slossberg said. "By the time you see it, it could be too late."

Items and debris dangle from a section of the oceanfront Champlain Towers South Condo that partially collapsed Thursday, June 24, 2021, in the Surfside area of Miami, Fla. (Susan Stocker/South Florida Sun-Sentinel via AP)

He added, however, that while salt can have a severe impact on coastal buildings, he is not sure how long it would take for salt to erode a building's materials to the point of collapse.

Solssberg also suggested that if the building were constructed with a "post-tension slab," or a concrete slab that has cables running through it, and one of those cables came loose, that could have led to its destruction.

CHAMPLAIN TOWERS IN SURFSIDE, FLORIDA: WHAT TO KNOW

"It could take down a whole building," he said.

Slossberg noted that the condominium, which had two-bedroom units on the market asking between $600,000 and $700,000, was built in 1981, when the county had different construction codes.

"With every hurricane, new construction codes come out. New engineering codes," he said. " … This is [4]0 years later [since the building was constructed]. The codes have changed at least a dozen times. I know they have. So, some of these older buildings are not really built to withstand the type of same weather conditions as when they were built originally."

Fire rescue personnel conduct a search and rescue with dogs through the rubble of the Champlain Towers South Condo after the multistory building partially collapsed in Surfside, Fla., Thursday, June 24, 2021. (David Santiago/Miami Herald via AP)

Another possibility, he said, is that the building's balconies may have had some constructional issues. Many Miami-area buildings, he said, are built with concrete balconies that are "back-pitched," meaning they don't allow water to escape properly after it rains.

"There's a lot of concrete restoration going on, and this is where you see a lot of that rust and rebar coming through the slab between the water sitting there and the salt air — it's just not a good combination," he said. "But again, I don't know if that would take down the whole building. We just don't know what happened."

Slossberg said a number of different factors may have led to the condominium's fall.

Structures in Miami-Dade County that have existed for 40 years or more must undergo a 40-year safety recertification inspection.

"Buildings need to be inspected much sooner than 40 years, especially in a county where sea-level rise can affect a foundation," she tweeted Thursday.