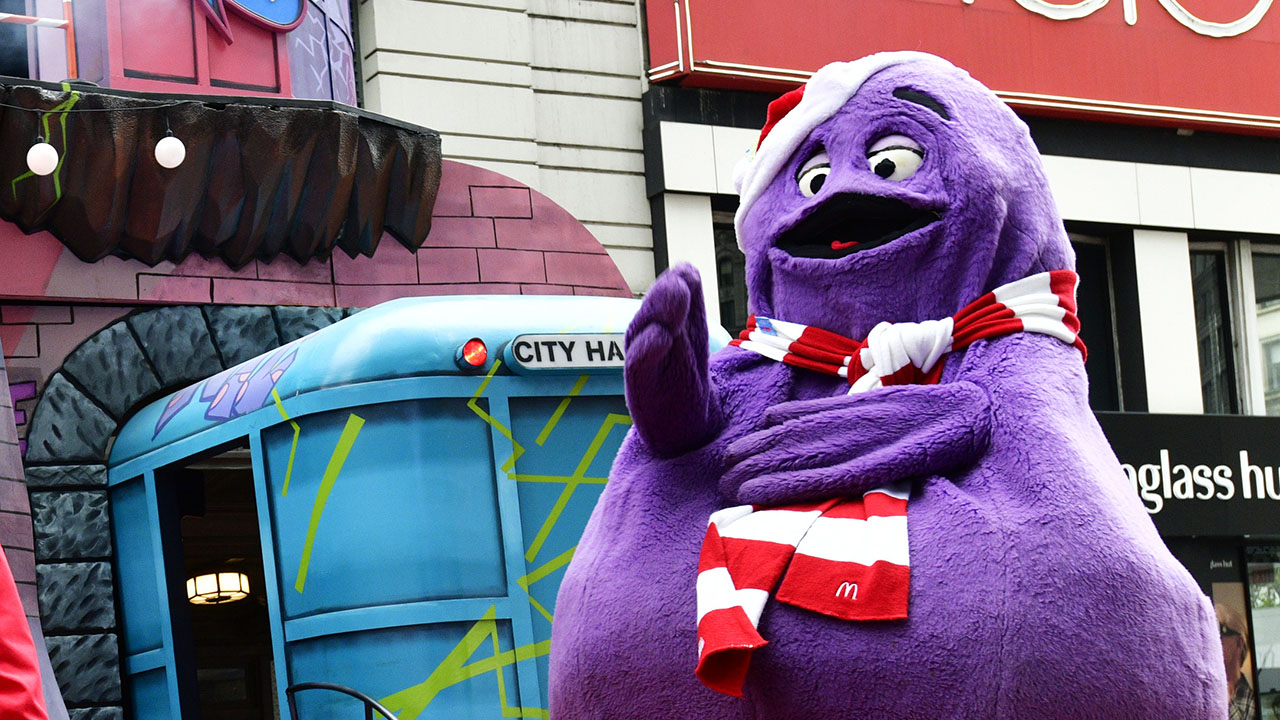 Everyone has to be something.

While everyone recognizes Ronald McDonald as the lead mascot for McDonald’s, there’s actually an entire cast of characters that inhabit McDonaldland. Most of the characters have obvious ties to the fast-food chain’s various products, like Mayor McCheese who has a giant McDonald’s Cheeseburger for a head.

Other characters, however, are harder to pin down. For example, Grimace is a clumsy purple blob. McDonald’s doesn’t offer purple blobs on its menu.

An award-winning McDonald’s manager from Canada recently revealed that Grimace is a giant taste bud, CBC reports. Brian Bates works as a manager for a location in Windsor and was recently named Outstanding Manager of the Year for Canada.

Bates spoke with CBC about how the fast-food and restaurant industry was impacted by the pandemic. He spoke about how his team worked hard to keep the drive-thru open and how "heartbreaking" it was to see the dining rooms closed.

He also stated, "(Grimace) is an enormous taste bud, but a taste bud nonetheless."

Bates elaborated that his purpose was to show that the food tastes good.

The message, which is dated May 7, 2012, says, "Grimace is the embodiment of a milkshake, though others still insist he’s a taste bud."

Fox Business reached out to McDonald’s to clarify Grimace’s identity, but representatives for the company did not immediately respond.

For now, the only type of "bud" that Grimace is confirmed to be is Ronald McDonald’s buddy.