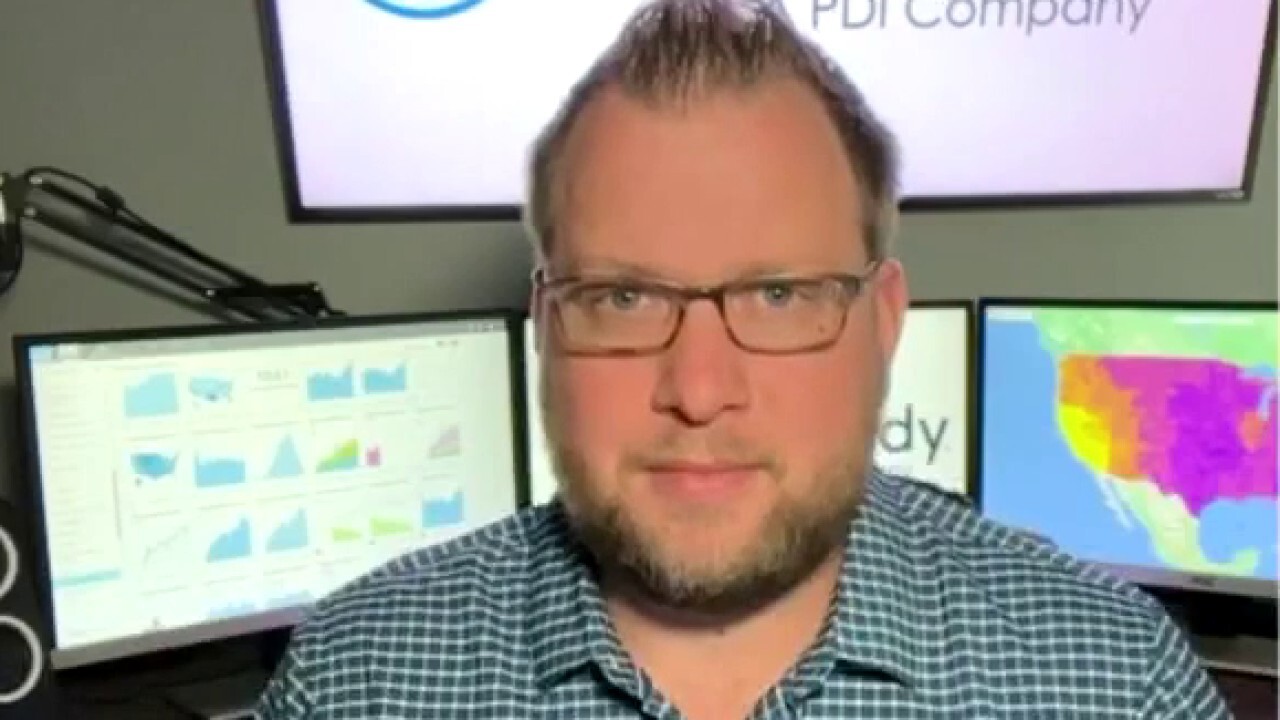 Patrick De Haan, head of petroleum analysis at GasBuddy argues the 'worst may be behind us' as it pertains to gas prices, but outlines the different factors that could change that.

Krispy Kreme is offering Americans feeling pain at the gas pump a chance to snag a deal on sweet treats.

CHIPOTLE CEO: INFLATION HAS BEEN ‘UNAVOIDABLE’

Starting Wednesday, select Krispy Kreme locations will offer a dozen original glazed doughnuts for the same price as a gallon of gas. The price of the doughnuts, which will be set each Wednesday through May 4, will be based on the national average gas price on the Monday of each week.

Guests can purchase up to two dozen Original Glazed Doughnuts, each for the price of a gallon of gas, at participating shops, via drive-thru or for pick-up by ordering online and through the Krispy Kreme app. (Krispy Kreme)

Guests can purchase up to two dozen original glazed doughnuts at participating shops, via drive-thru or for pick-up by ordering online and through the Krispy Kreme app.

The promotion comes as inflation surged 8.5% in March from a year ago, the fastest pace since December 1981, when inflation hit 8.9%. The price of gasoline climbed 18.3% in March on a monthly basis and has risen 48% in the past 12 months.

"While Americans deal with the rising PPG – price per gallon – of gasoline, we’re lowering our PPOG – price per Original Glaze," Krispy Kreme Chief Marketing Officer Dave Skena said in a statement. "For the next several Wednesdays, we hope providing a little doughnut deflation will allow them to share some smiles during a difficult time."

The latest promotion comes after Krispy Kreme offered free doughnuts to blood donors in January to help the Red Cross address a nationwide shortage. In 2021, the company also offered daily free doughnuts to customers who were vaccinated against COVID-19.