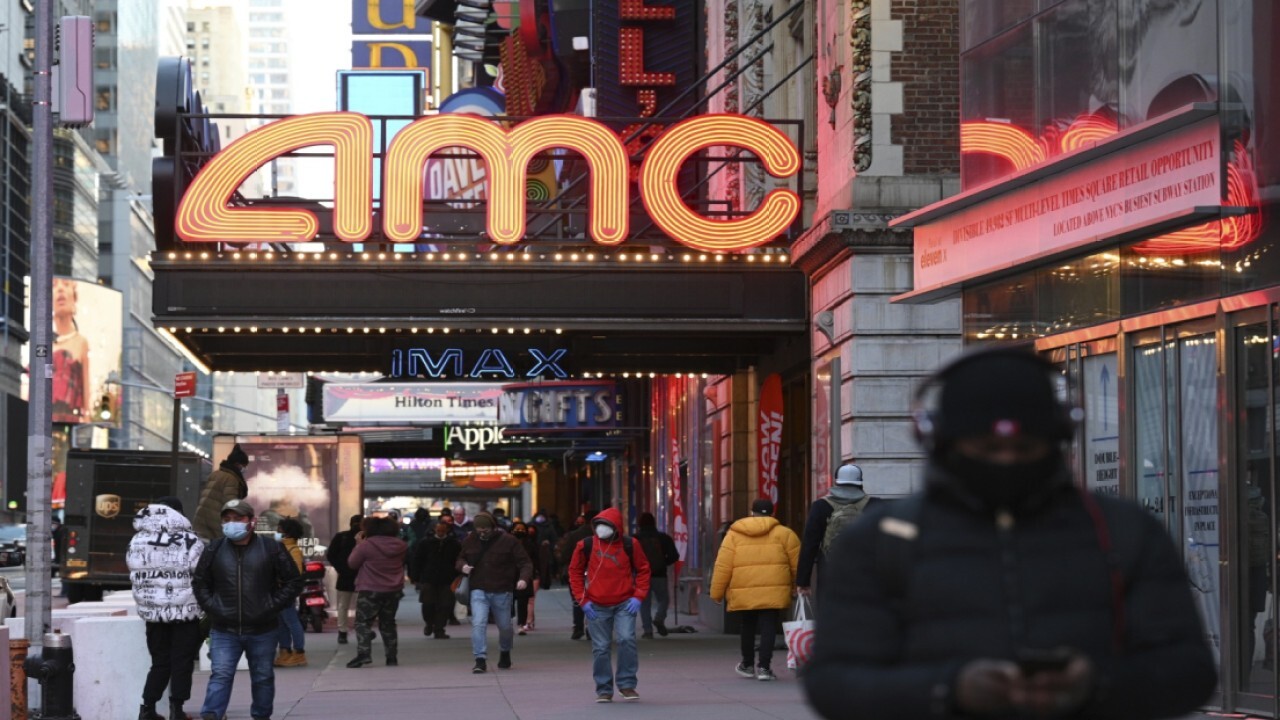 “Godzilla vs. Kong” has officially had the highest-grossing opening day for a movie that came out during the coronavirus pandemic.

The Warner Bros. and Legendary monster movie pits two of cinema’s greatest monsters against one another as unforeseen enemies manipulate the situation and force the two titans into conflict. The bout acts as direct sequels to "Kong: Skull Island" (2017), "Godzilla" (2014) and "Godzilla: King of the Monsters" (2019).

With multiple blockbusters such as the James Bond film “No Time to Die” fleeing the Easter holiday weekend for later dates in 2021 due to the pandemic and theater closures plaguing the industry, the path was clear for the monster movie epic to take the top spot at the box office, which Deadline reports is exactly what it did.

'WONDER WOMAN 1984' TO DEBUT IN THEATERS AND ON HBO MAX

'Godzilla vs. Kong' topped the U.S. box office, marking the highest opening day for a movie released during the pandemic. (Warner Bros. Entertainment via AP)

In its opening day, “Godzilla vs. Kong” earned a stunning $9.6 million at the domestic U.S. box office across 2,409 theaters, which the outlet notes tallies roughly $3,980 per location. While these would be somewhat modest numbers in average times, it marks a significant improvement over what the box office numbers have been throughout the past year as most theaters in the U.S. have been closed due to the pandemic.

The numbers are extra impressive given that audiences had the option to watch the movie from their home on HBO Max, where it will be available to subscribers for 30 days. While Warner Bros. decision to release its 2021 slate of movies both in theaters and on the streaming platform seemed controversial at the time, it’s worth noting that “Godzilla vs. Kong” unseats fellow Warner Bros. film “Wonder Woman: 1984,” which previously held the pandemic-era box office record at $7.5 million following its Christmas release.

Projections for “Godzilla vs. Kong” continue to be high given that it will be the first movie in roughly a year to open in 3,000 theaters, which Deadline reports will be hit on Friday when Regal reopens several of its key locations in New York City and Los Angeles.