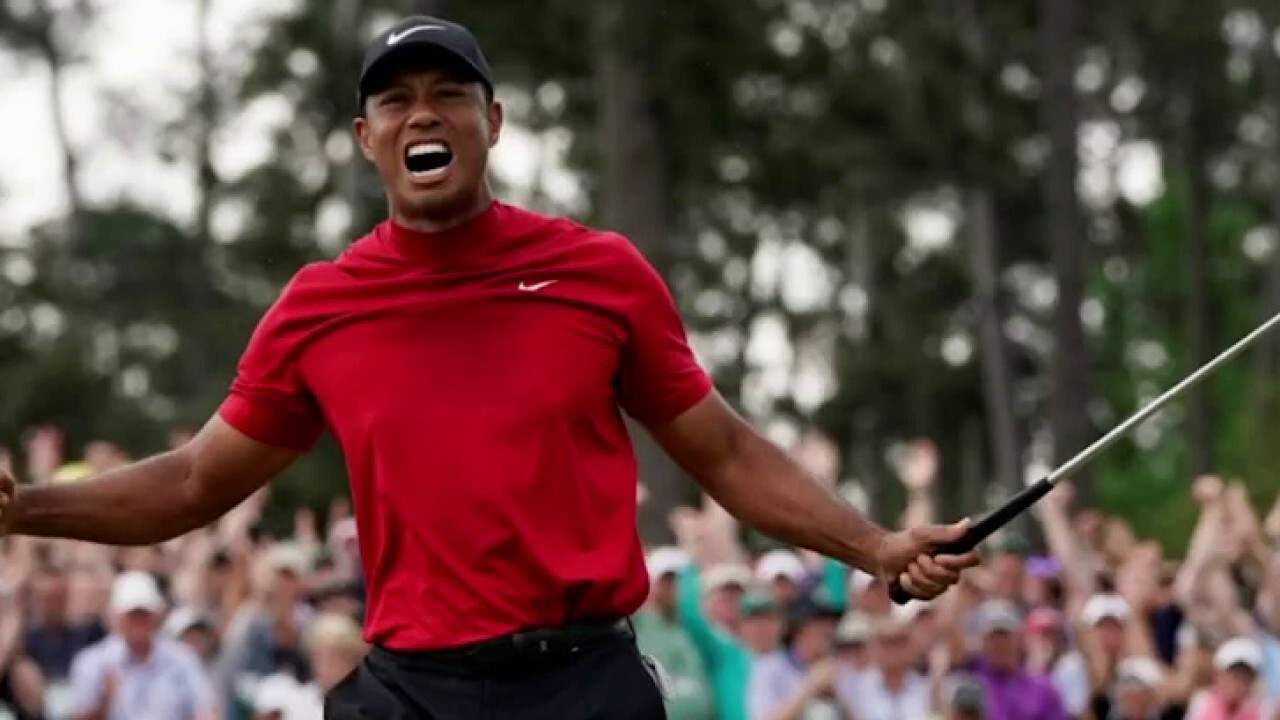 Golf icon Tiger Woods was driving a Genesis GV80 SUV on Monday when he was involved in a single-vehicle crash in Los Angeles, authorities and Genesis confirmed to FOX Business.

Woods has "undergone a long surgical procedure on his lower right leg and ankle after being brought to the hospital," according to a statement posted to his Twitter account. The vehicle sustained major damage.

"Genesis was saddened to learn that Tiger Woods had been in an accident in a GV80," Dana White, chief communications officer at Genesis Motor North America, told FOX Business in a statement. "Our thoughts and prayers are with Tiger and his family at this time as we wish him a full and speedy recovery."

A vehicle rests on its side after a rollover accident involving golfer Tiger Woods along a road in the Rancho Palos Verdes section of Los Angeles on Tuesday, Feb. 23, 2021. (AP Photo/Ringo H.W. Chiu)

Woods was in LA over the weekend as the tournament host of the Genesis Invitational at Riviera Country Club, where he presented the trophy on Sunday.

Genesis -- Korean automaker Hyundai's luxury brand -- loaned the pro-golfer the GV80 SUV for the duration of his stay in the city. The winner of the tournament, Max Homa, also received a new Genesis GV80.

The 2021 Genesis GV80 carries a starting price of $48,900. The car contains a 300-horsepower engine, a 14.5-inch horizontal touchscreen on the center console and an eight-inch digital instrument panel. It has 10 airbags, a forward-collision warning system, evasive steering technology and an interior camera to alert drivers if they're falling asleep.

LA County Sheriff Alex Villanueva said during a Tuesday press briefing that the vehicle's safety features may have saved the golfer's life.

The GV80, released in 2021, is Genesis' first-ever SUV and comes equipped with the "world's first Smart Cruise Control," which uses machine learning technology, or artificial intelligence, to "understand" drivers' individual driving styles, according to Genesis' website.

The website notes that Smart Cruise Control is for highway use only and "not a collision-avoidance or warning device."

The vehicle also has "Blind-Spot Collision-Avoidance Assist," which alerts drivers of other cars in their blind spot region; "Forward Collision-Avoidance Assist," which helps detect slow or stopped vehicles, as well as pedestrians, in front of a driver; and a driver attention warning which gives "visual or audio alerts" to the driver when the vehicle senses that the driver should "rest for safety's sake."

The Insurance Institute for Highway Safety (IIHS) selected the Genesis G70 Sedan and G90 Sedan as two of its 2020 "Top Safety Picks." The IIHS has yet to review the GV80, and Consumer Reports is currently doing so.

Woods was apparently traveling at a high rate of speed and lost control of the vehicle before crossing a center divider, anonymous law enforcement sources told the Los Angeles Times. Woods' SUV reportedly rolled multiple times before coming to a halt.

The sources added that Woods had to be removed through the car’s windshield. The front end of the SUV appeared to be heavily damaged.

A vehicle rests on its side after a rollover accident involving golfer Tiger Woods along a road in the Rancho Palos Verdes section of Los Angeles on Tuesday, Feb. 23, 2021. (AP Photo/Ringo H.W. Chiu)

Officials have not revealed the cause of the accident. An ambulance took Woods to a hospital in serious condition, and a traffic investigation is being conducted by the LASD's Lomita Station.

"Mr. Woods suffered significant orthopedic injuries to his right lower extremity that were treated during emergency surgery by orthopedic trauma specialists," Anish Mahajan, chief medical officer at Harbor-UCLA Medical Center, where the legendary golfer was treated after the accident, said in a statement shared to Woods' Twitter.

Mahajan's statement continued: "Comminuted open fractures affecting both the upper and lower portions of the tibia and fibula bones were stabilized by inserting a rod into the tibia. Additional injuries to the bones of the foot and ankle were stabilized with a combination of screws and pins. Trauma to the muscle and soft tissue of the leg required the surgical release of the covering of the muscles to relieve pressure due to swelling."