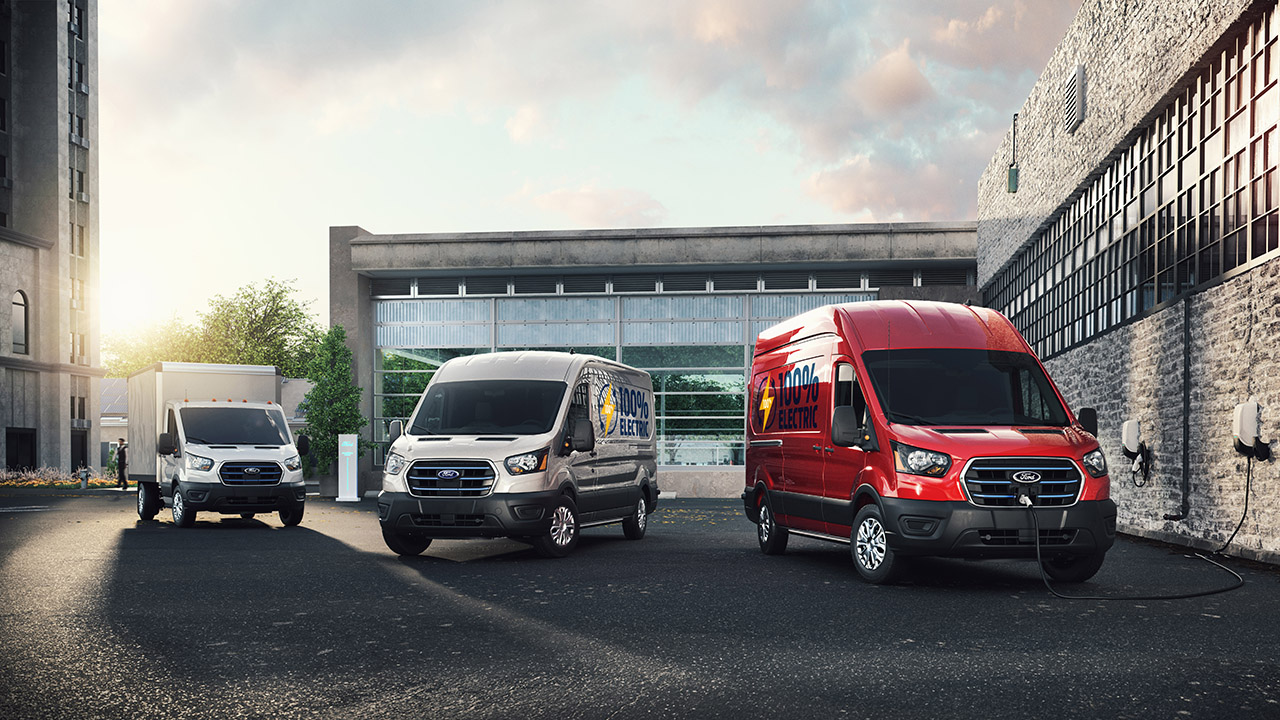 Ford executive: All-electric F-150 will be our most powerful truck

Ford’s first regular-production electric van won’t be cheap, but the automaker says it could save fleet customers a lot of money over the life of the vehicle.

The E-Transit will start “under” $45,000 when it goes on sale in late 2021, compared to $36,205 for the lowest-priced internal combustion engine version of the commercial van. However, it will qualify for a $7,500 federal tax credit – if Ford hasn’t reached the 200,000 plug-in vehicle sales threshold for the program by that time – and various state incentives, while its energy efficiency and an estimated 40% reduction in maintenance costs should significantly reduce its overall operating costs compared to the gas and diesel-powered models.

The E-Transit will be built on the same Kansas City assembly line and chassis as the rest of the Transit lineup and the smallest model has a projected maximum range of just 126 miles per charge. Ford says it will be able to recharge at a rate of 40 miles per 15 minutes at a DC fast charging station and recoup 10-15 miles per hour on a 240-volt charger.

The E-Transit will be available in eight different configurations, including chassis cab and cutaway models that can be equipped with custom bodies. Ford will also offer a telematics system that allows fleets to monitor energy use across a multiple vehicles.

“Ford is ready to lead the charge, starting with the all-electric Transit and all-electric F-150 on the way. This is good for the planet and a huge advantage for customers to help lower their operating costs and provide connected fleet management technologies that will help their businesses,” Ford CEO Jim Farley said in a press release.

The Transit was the bestselling van in the U.S. in 2019 with over 150,000 delivered. Ford has not offered an estimate on E-Transit sales, but said 90% of its 645 U.S. commercial dealers are certified to sell it and that it will also be marketed globally.

READ MORE ABOUT THE E-TRANSIT FROM FOX NEWS AUTOS

The E-Transit is expected to be the first all-electric van offered by one of the major U.S. automakers when it goes on sale, but startup Rivan – in which Ford holds a $500 million stake – will be launching a purpose-built electric delivery van designed exclusively for Amazon around the same time. Reuters reported in June that General Motors is secretly working on an electric commercial van called the BV1 that could enter production next year, but the automaker has not confirmed the report or made any official announcements.